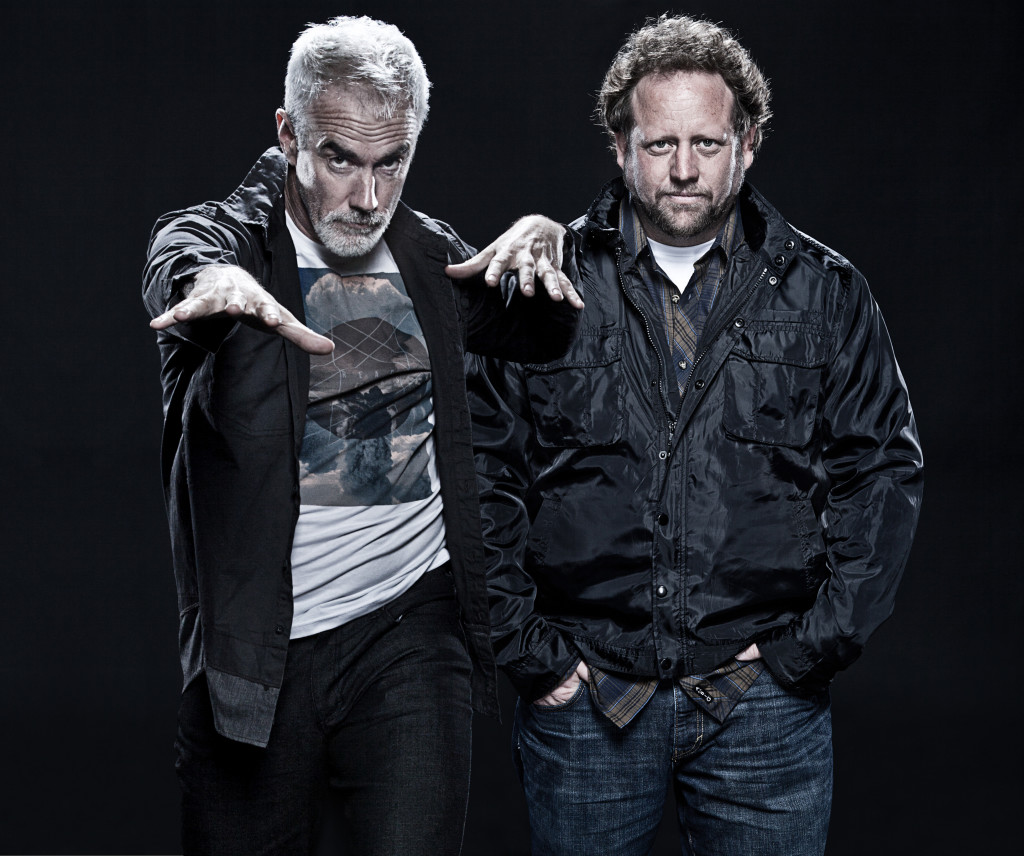 “EOTO” in Japanese means “good sound” which perfectly suits electronic duo, EOTO. With extensive histories as professional drummers, it seemed only natural that members Michael Travis and Jason Hann would evolve to another level in their musical careers. After all, they had mastered their percussion instruments and almost needed to embark on a new journey. During their days in the progressive bluegrass band, String Cheese Incident, Travis and Hann discovered a shared love of electronic music during late night jam sessions. EOTO was formed in 2006 and they’ve been going at it ever since. The 100 percent improvised sets Hann and Travis perform night after night are created without a script or prerecorded loops, lending their material a completely original feel. BandWagon Magazine caught up with Hann to discuss how to easily classify EOTO’s sound and their integral role in the dub-step boom.

BandWagon Magazine: You’ve worked with everyone from Dr. Dre to Isaac Hayes. How did you get your start in the industry?

Jason Hann: When I moved to LA in 1997 it was a really big change because before then I lived in San Diego and worked with a bunch of local groups. There was a ceiling on how much you could really do down there. I’d been doing some studio work in LA and saw all of these opportunities opening up as I got to know people and make new friends. Friends have friends—it’s an incredible entertainment family.

Dub-step has seen a massive surge in popularity recently, what do you think accounts for this?

It seems like it’s the voice of a new generation. When it first started out, people thought ‘oh that’s a genre that will be gone really fast,’ but then it started to take hold like rock-n- roll. Your older brother and sister might not like it and your parents are definitely going to be pretty far removed from getting it right away. It’s really, really wild. The age group 23 years old and under have really embraced it and love it. There are definitely the haters that think its just going to go away, but all I hear lately is ‘dub-step, dub-step, dub-step.’

What has been your role in it?

I think our role in that was when we started playing music in 2008, there were none of these acts in the US playing it or making it a big part of their set. It was mostly electronic DJs doing this live production thing. At that time, dub step was in the chill tent at a rave or something. Dub-step used to be a lot more mellow and ambient then it started getting gnarly. We picked up on that at a pretty early time. We felt like that was one of the things that really gave us our voice.

What gave you the idea to make your music 100 percent improvisational?

Originally, we didn’t have the idea of forming a group. It was something when we got together, we would set up all of these random instruments and play from about 10 at night until 4 in the morning on a nightly basis. There was so much freedom in that. We weren’t worried about how good or bad we sounded. We could go off on our own and explore, make mistakes and have a fun night musically. I just started using different looping pedals, guitar pedals and bass pedals. The best times were when we’d set up an electronic groove with more of a house beat. Those were the nights we got the most excited. We started recording ourselves and then decided to try it in front of people. It was never meant to be a project. It took us 5 minutes to decide not to learn a song. We thought, ‘forget it, that’s way too much work.’ We really loved the idea of being 100 percent live and 100 percent improvised. We wanted to make it be unique to anything in the entire music industry.

You’re associated with The String Cheese Incident for obvious reasons, but I wouldn’t call you a ‘jam band.’ You kind of defy classification. If you had to give your style a name, what would you call it?

We usually put it out there as electronic dance music just to be as generic as possible. With String Cheese, that’s kind of a weird history because we had a lot of String Cheese fans curious what we were doing. They’d see us in different roles where I’m playing drums and Travis is playing basic keyboards. We’d always get the immediate ‘what the hell are you guys doing?’ It was just such a different thing. Eventually, the young kids thought it was a cool thing. We lost a lot of the older crowd. We used to put “Travis and Jason of the String Cheese Incident” on our fliers, but at some point, we just let EOTO stand on its own. We have so many fans that have no idea what the String Cheese Incident even is. It was challenging to do that.

Considering your shows are all improvised, how do you prepare for one?

We don’t! That’s the good part. I think early on when we were doing it, we were trying to imitate things we like and eventually when we’d try something new, we’d just do it at sound check. After awhile, we were able to work it out during the show. It’s great for us. We can always bring something fresh. We can always do it in the moment.

What is the meaning behind “End of Time Observatory?”

Well, it started off as a name that resonated with both of us. It was End of Time Observatory before it was EOTO. Initially we were thinking what if our relationship with time was the same with a relationship with a two-dimensional world. A two dimensional world seems not as recognized. So if we extend that to another type of dimension like time, we wouldn’t even feel time because we’re on some other state of being. What would that feel like? Some people interpret it like the end of the world, but it’s really just a blissful state where time doesn’t become a factor in the whole equation. EOTO in Japanese means ‘good sound’ and ‘good love’ in the Phillipeans.