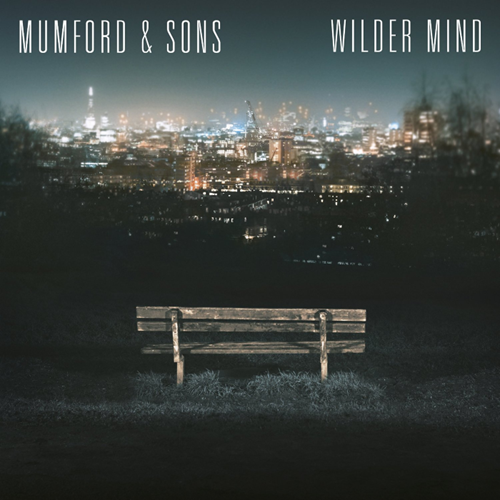 2015 has brought us a number of bands and artists stepping away from their signature sound, or at least the one that got them famous. Drake and Kendrick Lamar both had albums that stepped outside their usual creative boxes, as well as Alabama Shakes, who put out a more soulful and refined record in April. After an announcement stating that “There won’t be any Mumford & Sons activities for the foreseeable future” in September of 2013, fans thought Babel, the band’s sophomore release, might be their last. It appears as though the London boys’ meteoric rise to fame was a little overwhelming, and required a bit of R&R. Not surprising, considering their debut single “Little Lion Man” was an inescapable mega hit, and their career trajectories still show little sign of slowing. Knowing this, you can imagine how surprised fans were when single started trickling out for their now released record Wilder Mind.

Mumford may have gained their fame riding (some say starting) the wave of popularity for pop-folk music, but Wilder Mind finds the band ditching almost all of their familiarly twangy tunes for a fairly straight laced alternative rock sound. In place of fever pitched banjos come shining, sometimes dry guitars. The resulting sound places them closer to War on Drugs, Ryan Adams, or Ben Howard than any of their pop-folk contemporaries.

Similar to their previous works, WIlder Mind runs the energetic gambit, taking us from the bombastic anthem that is “The Wolf,” to the chilling lamentations of “Hot Gates,” the album’s closer. The fan reaction to single was mixed, but love it or hate it, Marcus Mumford continues to crank out tunes that guarantee radio play with catchy hooks, and inviting lyrics. One must wonder, however, why come out of retirement to create an album with none of your signature sounds, effectively rendering yourself radio fodder? You might be wondering “weren’t they radio fodder before? What about riding the pop-folk wave?” If anyone from those years has achieved legitimacy outside the fad, it was Mumford & Sons. This is the taste in my mouth after several listens of Wilder Mind. The songs are fine (just fine) but don’t feel like Mumford & Sons. Fan reaction has been split between those in favor and against the change, whatever the reasoning. Gun to my head, despite admittedly tapping my toes off and on throughout, I’m left wondering where Mumford has gone, and who has taken their place.