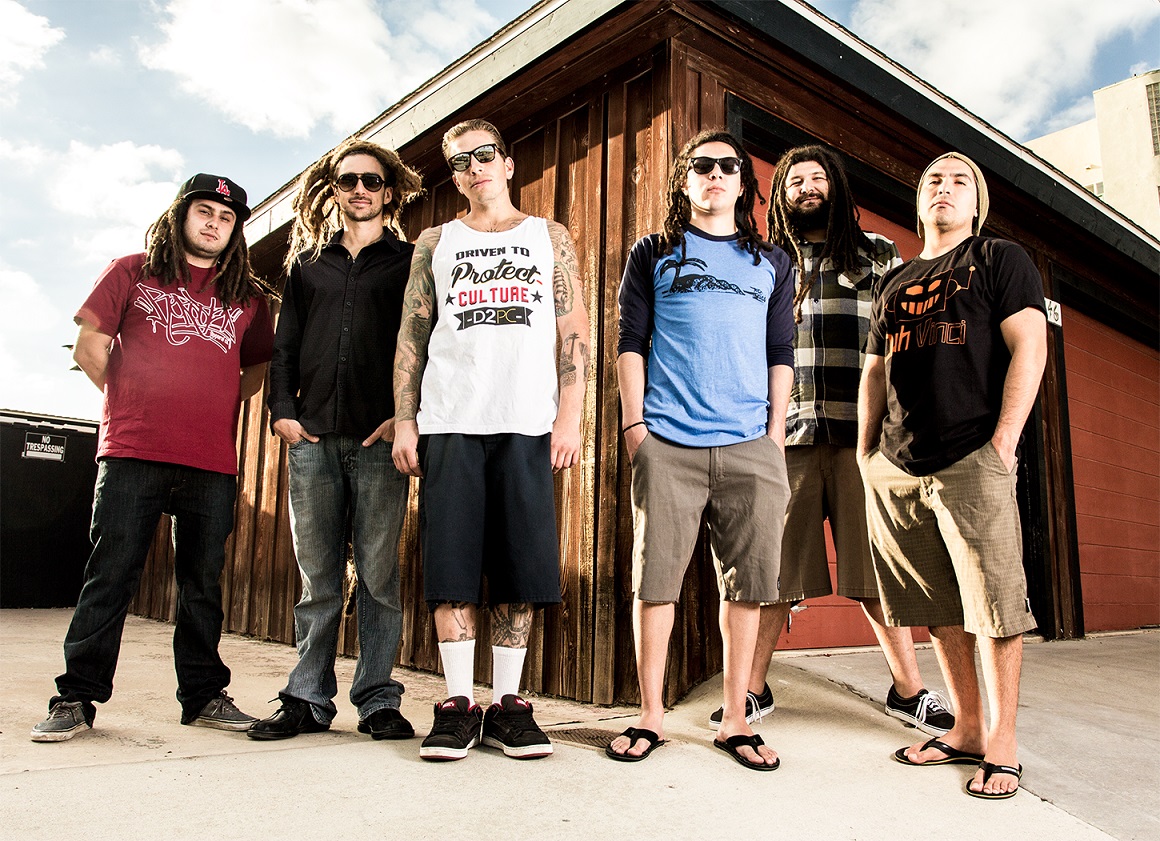 Growing up in San Diego, California made it easy to fall in love with reggae. The sound of the ocean, the inevitable “chill” vibe and countless music festivals around southern California painted the perfect picture for reggae music to thrive. Brothers Steven Rene and Tony-Ray Jacobo were immersed in the music early on. Consequently, it comes as no surprise they are the co-founders of the San Diego-based reggae band, Tribal Seeds. Founded in 2005, it was the Jacobo brothers’ way of finding a spiritual connection through reggae music. Much like their predecessors, which include Bob Marley, Burning Spear, Steel Pulse, among others, reggae gives them a sense of peace unparalleled by other musical genres.

“We grew up with reggae,” Tony-Ray Jacobo says. “My parents used to play it around the house when we were babies. We naturally developed a passion and love for it. San Diego is a great place for reggae so we would go to reggae festivals all the time. It’s awesome to see how much the scene has spread in San Diego and the rest of the States. It’s amazing to see that. Listening to reggae always gets the good vibes going.”

The current incarnation of Tribal Seeds consists of the Jacobo brothers, Carlos Verdugo, Victor Navarro, E.N Young, and Ryan Gonzo. It’s grown beyond any of their wildest dreams. Beginning with 2005’s Youth Rebellion and culminating with 2014’s Representing, Tribal Seeds have maintained true to their interpretation of reggae music. In a culture so often surrounded by negativity, it’s a refreshing change to hear a positive message blaring through the speakers. Jacobo keeps a level head, even with all of the self-destruction that can often accompany the “rock star” lifestyle.

“As a person in your early 20s, you have to go through that phase where maybe you indulge a little too much in alcohol or whatever it may be,” he says. “But I’ve always been a spiritual person; more so recently, I’ve been getting more and more into it. I think practicing your spirituality is essential. Just like you go to the gym on a daily basis or you have a certain diet you stick to, I think practicing spirituality on a daily basis keeps you strong in mind and body. Being consistent in our practices just keeps me clear headed and able to avoid things that are going to corrupt my mind and body.”

It’s this spiritual element that has many fans flocking to their shows, especially in Colorado. It’s always one of their most impressive markets.

“Since our first trip to Colorado, it’s been an awesome support for us,” he notes. “Reggae is big there. There are a lot of reggae fans that were there to support us. Colorado has always been one of the top places for us.”

They would know. Tribal Seeds has been touring consistently for years. Their tenacity has brought them to the forefront of the modern reggae scene. Representing hit #1 on the Billboard Reggae charts last year, a clear sign they are at the pinnacle of their career. They have shared the stage with some of their heroes, including Steel Pulse and Barrington Levy.

“It just shows that hard work pays off,” he says. “We’ve been consistently touring for six years now and paying our dues. It’s great the music is being received the way it is by our fans. All those artists we grew up listening to, we got to share the stage with. It’s a blessing.”

Tribal Seeds also went on the road with hip-hop duo Atmosphere in 2013, an experience Jacobo will soon not forget. Anyone that has ever met emcee Sean “Slug” Daley knows what a character he is.

“It was awesome,” he recalls. “Atmosphere is a great hip-hop act. He [Slug] would actually wear the same Tribal T-shirt every day. We’d try to give him a new one and he’d be like, ‘Nah it’s cool. I’ll keep wearing it until it gets funky.’ He was out there wearing it every night [laughs]. Awesome show though.”

Of course, the music they deliver is enough to get you to a show, but the spiritual element adds something entirely unique. It’s something that’s been instilled in them at an early age. His faith is also something he can turn to when he feels down.

“I learned spirituality mostly from reggae music,” he says. “They [artists] would tell stories about the Bible or I would hear names from the Bible. It got me more into the message of reggae music and what the teachings were. These teachings have survived thousands of years. It’s just inspirational to me. My parents instilled spiritually in me, too. It wasn’t about religion or separate groups, just the teachings.

“If I have a bad day, being a spiritual person, I like to read the Bible or some type of spiritual book or watch minister Joel Osteen on T.V.,” he adds. “Spiritual upliftment brings me happiness, peace and clarity. Thats what I enjoy doing. Also, reggae music always has a spiritual message to it. It automatically makes me feel uplifted.”