One cold February morning in 2015, the two masterminds behind Thievery Corporation—Rob Garza and Eric Hilton—left the frigid air of Washington D.C. and touched down in Kingston, Jamaica. They then made the 60-mile journey to the jungle-hemmed city of Port Antonio, a place the locals call the “real Jamaica,” where they would record their 10th studio album, The Temple Of I & I.

Every morning, they would head to the beach and bask in the warm sun then spend 12 hours at Geejam Studios recording as they drank Jamaican rum and gazed out onto the Caribbean sea. For 10 solid days, they immersed themselves in Jamaican culture and cultivated 15 new tracks that perfectly capture the spirit of authentic reggae music.

“Dub is the original electronic music in terms of manipulating sound and using the studio as an instrument, which is what we do and what we’ve been doing,” Hilton says. “It’s something we’ve drawn on a lot, so it only made sense to immerse ourselves in the culture.”

“This was the first time recording outside of Washington D.C.,” Garza adds. “To be able to block off time and lock ourselves in the studio was the best recording experience we have ever had.”

During recording sessions, locals would often pop their heads into the studio as they were crafting the album and were startled to see who was responsible for the music flooding the air. Since their debut LP, 1996’s Sounds from the Thievery Hi-Fi, Hilton and Garza have applied a dub ethos and aesthetic into their signature brand of electronic music, and dub has always been a huge driving force behind Thievery Corporation’s sound, but to get the approval of the Jamaican people was truly an honor.

“From the first day, you could tell the engineers at the studio realized we have a really good understanding of the genre,” Hilton says. “They seemed impressed and it was very encouraging.”

After the week of round-the-clock sessions, Hilton and Garza brought the Geejam session tapes back to Montserrat House Studios in DC. From there, months of vocal, horns and editing seasons were set in motion. Singer Notch Howell, who performed “The Richest Man in Babylon” and “Amerimacka” on previous records, Hip Hop artist Mr. Lif, Puma Ptah, LouLou, Zeebo, and Elin Melgarejo all graced the mic. The DC sessions also featured Darryl “D-Train” Burke on additional keys, as well as trumpet player Joe Herrera and saxophonist Matt Rippetoe. 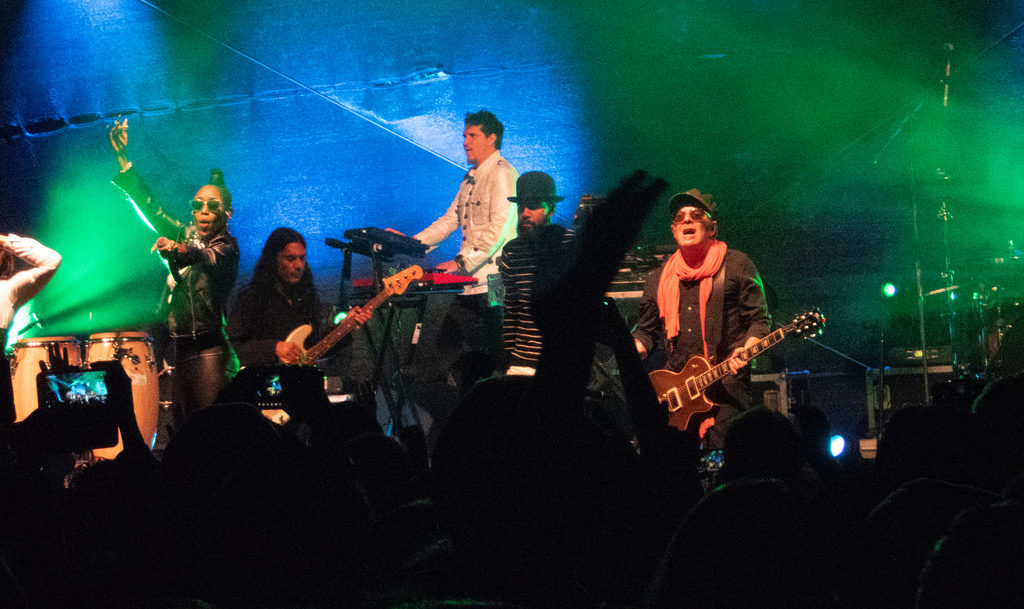 Along with the talents of Thievery Corporation’s live band, Garza and Hilton expertly deliver the sounds of Jamaica from beginning to end. From the uplifting, infectious grooves of “Letter To The Editor” with Kingston vocalist Raquelle Jones and the inspiring “Fight To Survive” with frequent collaborator Mr. Lif to the infectious horn section of the flawlessly executed “Strike The Root” and the thought-provoking lyrics of “Weapons of Distraction,” the album easily expresses Thievery Corporation’s intention to bring beauty to the world through music.

“The Temple of I & I is a place of worship that exists only in our imagination,” Hilton says. “It’s a place where all people are chosen people and the unity of living things is possible. So much of the world is divided into tribes and belief systems that have imprisoned people’s consciousness and allowed a few to control the many. Culture can be a blessing and a curse. Humanity transcends tribe and culture. This has been a constant theme in Thievery Corporation’s message since day one.

The group will perform material from that album and others at the 3-day Arise Music Festival at Sunrise Ranch in Loveland, Colorado. Their headlining set goes down that Saturday, August 4th.