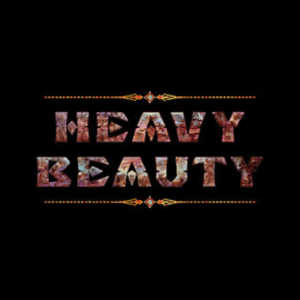 At the Estes Park Mountain Music Festival in May, one of the stand-out acts was Heavy Beauty. A relatively new group, they were able to keep up with the heavyweights on the line-up like Gasoline Lollipops, Chain Station and Trout Steak Revival. This four-person band, which calls its music “Desert Rock/Desert Grass,” gave away CDs by the merch table. They should be charging for this self-titled EP, as it’s on par with national acts in the bluegrass-inspired rock world.

This Golden-based quartet has a clean but unfiltered sound to their work. The three songs on the EP – “Dreams,” “Butterflies” and “Stars” – are simple but elegant. They possess a slow, even flow to their singing that never stutters or overpowers certain elements. Dobro player Mike Testagrossa, bassist Angel Edgemon and Willie Thomas on the mandolin provide vocals, with Dax Hunter Jordan on drums.

What’s notable is there isn’t much of a country twang in their singing that some bluegrass/folkers put on. Testagrossa’s dobro gives Heavy Beauty’s “Desert Grass” music that twang, but his voice is a proper croon, which allows the songs to stand out in a way most folk-inspired rock music normally doesn’t. Edgemon’s voice on “Butterflies” is almost pop-music like (that’s not a dig at her) and Testagrossa’s vocal delivery on all three songs is also excellent.

While they obviously played more than three songs at the Estes Park Mountain Music Festival, Heavy Beauty does make an impression with their short EP. It’s a very good debut for an outfit that’s only been around since October of last year, particularly one trying to invent their own subgenre. So while they’re still giving it away for free, check out the release at www.heavybeautyband.com, and catch them live at the Orpheus Music Festival on September 1 in Glenwood Springs.