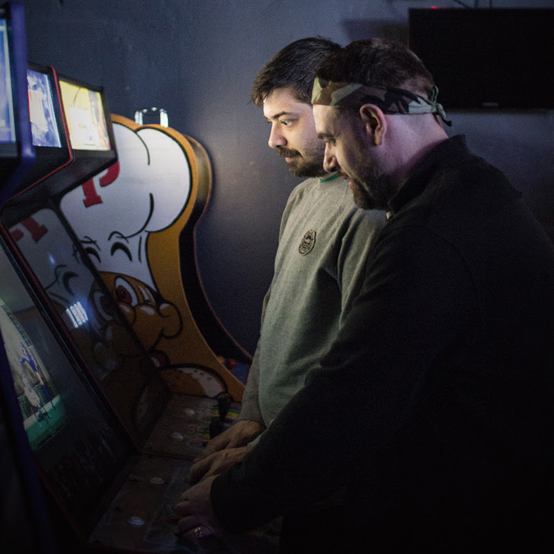 Aesop Rock, real name Ian Bavitz, is one of those rare hip-hop artists who has developed such a unique rhyming style, he’s basically impossible to replicate. The second you hear his voice, you immediately know it’s him. While his rhymes often appear nonsensical and so cryptic it’s difficult to decipher any meaning, once you dig deeper you can discover a lot about the man behind the moniker. For example, he craves solitude, has no interest in “fame” and is just as down to earth as any one of us. Those qualities alone are the most refreshing about him. In an industry supersaturated with massive egos, especially in the hip-hop world, humility is hard to find. Aesop Rock is like a breath of fresh air. However, all coyness goes out the window when he grabs the mic and jumps on stage.

Currently on a sizable nationwide tour, the New York City-bred emcee finds himself on the road with longtime friend and collaborator Rob Sonic. Billed as Hail Mary Mallon, the duo is promoting the follow-up to 2011’s Are You Going to Eat That, Bestiary. The 14-track effort, which dropped on Rhymesayers Entertainment in November 2014, is packed with more tongue-twisting lyrical acrobatics and classic, old-school production.

Aesop Rock and Rob Sonic had a few moments in between shows to talk Typhoid Mary, being “famous” and why third member DJ Big Wiz isn’t on the tour. 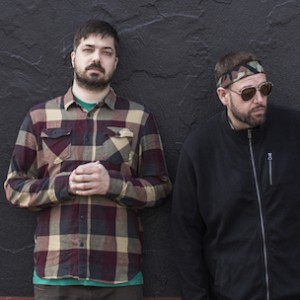 Bandwagon Magazine (Kyle Eustice): I don’t really know the backstory about how you two met.

Rob Sonic: We both came out of the same scene in New York City in the mid to late ‘90s. Everyone that was rhyming sort of ran in the same circles and we’d see each other at shows. Then eventually we both signed to Definitive Jux so we saw more of each other. Then we started touring together and we saw each other everyday.

Aesop Rock: I just wanna add the word ‘Booyah’ to his answer.

Why did the Typhoid Mary story resonate with you both enough to name your group after it?

Rob: It wasn’t so much the story of Mary Mallon as it was that we wanted something that represented New York City and how everyone from there has some sort of messed up story. It is interesting to me that she was someone who really wanted to help people, but was just kind of screwing everything up. I can relate to that.

Aesop:  She’s tied to such an interesting piece of New York history, and I think her story can be flipped a lot of ways.  She’s a killer, she’s a helper, she’s all of it.  She just wants to feed you but the side effect is that you die. Tuff stuff.

How much of a role do you have in the video concepts?

Rob: We can have as much or as little input as necessary, like if we don’t like ideas, we will not do them, but for the most part we let who ever is making the video do their thing.

Aesop: Yea I think sometimes you go to a director with an idea, and other times you just need a director ‘cuz you don’t have an idea. The “Jonathan” video with the playing cards was something we were gonna try to pull off extremely cheaply (and probably poorly) by ourselves, but my director friend, Rob Shaw, kinda stepped in and took it off our plate, which was awesome. Whereas something like “Whales,” we knew a video could be funny and there were a lot of ways to approach it. I ended up just asking my friend Travis Millard to kinda spearhead the video and next thing I know, we’re knee deep in puppets.

What do you like about touring with each other? Any funny tour van stories?

Rob: Touring together for me is just hanging out like normal except we are in a van doing it. We’ve known each other a long time so there isn’t really much to speak of. We don’t party hard in there or nothing. We just basically chill and go to Cracker Barrel a bunch. Not really a funny story, but the van got robbed in San Francisco somehow when we were loading it— like we were right there. I never knew crackheads were ninjas, but they are.

Aesop: Rob and I have spent a lot of time together, and while we occasionally get on each other’s nerves, I gotta say for the most part we do pretty damn well for a couple of cranky old men. Nobody reminds me to laugh at all of this shit more than him.

Why isn’t Wiz on the bill anymore?

Rob: I don’t think he was on the bill, but there’s no drama or anything. He’s just not touring with us.

Are you happy with how fans are receiving the new album? What’s your favorite songs to play live off the new record?

Rob: Seems to be a good response so far. Probably “Jonathan” for me.

Aesop: So hard to gauge, but people say nice things to me and I like that. “Krill” is fun to me. I like how it moves. It feels jumpy.

How did the Whiskers the Undead come to life with Kid Robot? 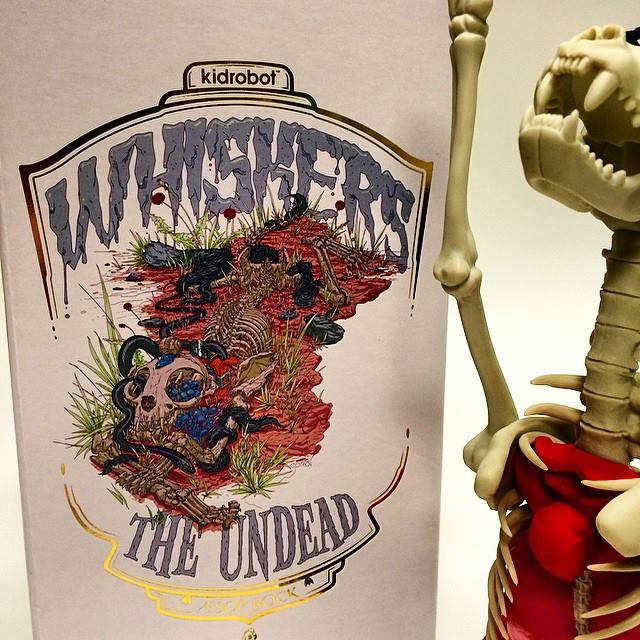 Aesop: I was contacted by Galen McKamy, who was the creative director over there until very recently. He is a great dude; super talented and super positive. He liked what I did and thought we could make something cool. It’s not really an opportunity that comes along every day so I was psyched. I told him about the Whiskers character and we just kinda took off. Galen started making drawings and revisions and more revisions and then boom: cat toy! Although it was a slow boom…like a year-long boom.

In our first interview, you said, ”I’m not famous and I still hide.” How do you deal with “fame” when people are fawning over you?

Aesop: I kinda like my first answer. I’m not really that famous and people aren’t exactly fawning over me. It’s a hard line to walk honestly. I need to figure out how to get my songs about being alone to as many people as possible so I can then go get on a stage in front of them and tell them why I’d rather be alone. But also, I’m not really ‘good’ at being famous. Like some people I know love that shit or are at least built for it. Some people you meet and think, ‘Oh man, you’re gonna be famous one way or another.’  I rarely get on the phone for interviews. I don’t do radio. I ask to not be pitched to TV. It’s just not my ‘thing.’ It’s the best feeling in the world to have people like my music, but I’m also very self-conscious and, if I’m honest, I struggle to like myself most of the time, which can lead to some sticky situations in my head in regards to any minor celebrity I may have attained.