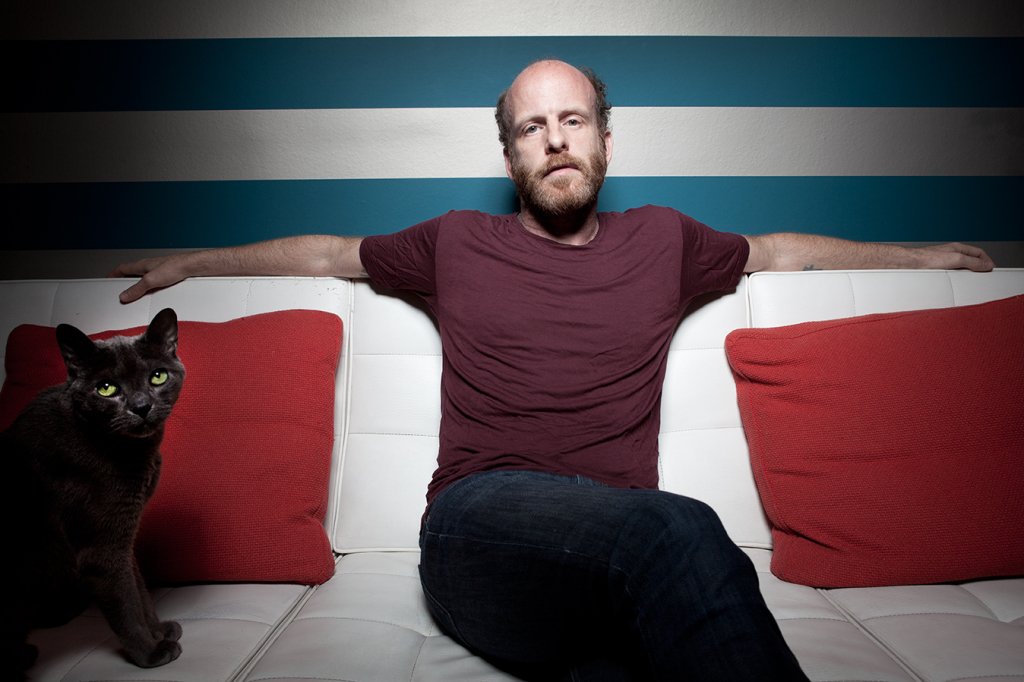 The Juan MacClean (real name John MacClean) has been a major player in the world of electronic music for almost a decade although most fans of the current style of the genre wouldn’t know it. One of the original artists on the DFA label, which was founded by LCD Soundsystem’s James Murphy, The Juan MacClean has been a rock in the electro dance punk scene. Although having a comfort zone of about 7 to 10 minute song lengths and a pop sound that fits in a past era of electronic music leaves them inaccessible to the masses, what The Juan MacClean creates is something undeniably good. In a Dream captures everything The Juan MacClean has come to be known for and more. In true DFA fashion, the album bristles with vintage synthesizers and dreamy arpeggios, and the length of the songs allows for the grooves to have a settling effect that fits nicely into their aesthetic. With vocalist Nancy Whang taking more of a lead on the album, the songs exude class and talent. Recently, we had a chance to catch up with The Juan MacClean after his DJ set at Bar Standard in Denver.

The Juan MacClean: Yeah I used to think that kind of thing, that one day, I don’t know if you would even call it “selling out,” but as an experiment see if it is possible to do that kind of thing. But the reality of it is, it’s not really possible. At that level everything is so manufactured. I could sign to a major label and that kind of stuff but it would be burning my career. I would lose all my real fans and it would be too weird for the rest of the world.

JM: Well this is actually my second musical career. I really didn’t want to have anything to do with music again after I quit my first band Six Finger Satellite. Sometime around 2002 I had two 12-inch come out in one year and that year I got a pretty big publishing deal.

JM: Yeah, I was teaching high school English at a juvenile detention facility and my first advance from this publishing deal was like two years of salary teaching. And I knew that is could be my last chance to making music so I decided to take a few years off I really had nothing to lose especially with the safety net of money. I never really thought it would turn into anything.

JM: I don’t know, there are three different periods of doing stuff, there’s the initial writing and outlines of songs, then the recording of the parts, but it’s the part after that where I was working with Nick Millhiser of Holy Ghost! in his studio in New York for a few months in the winter. That was my favorite part just working with him everyday, it was just really fun.

BW: How do you stay healthy on the road?

JM: I’m actually really healthy in general. I do yoga six days a week and it keeps me able to play a lot of shows every year. There’s always time to do it, and I can do it in my hotel room. It helps your body sit on planes and when you’re missing sleep. I actually went to India for six weeks a couple of years ago to do sort of training, and I’m going back next year. I don’t know it keeps me going.

BW: Any advice for up and coming musicians? Anything you would give yourself years ago?

JM: Honestly, I don’t have any regrets. One thing that always made me ok with everything is that I always did what I wanted to do without any regard for what was going on around me or commercial success or anything like that. I just stuck to my guns in everything I’ve ever done and it’s always worked out. You know, when I was on DFA, in the beginning I was always really into house music when no one was into house music. It was a sort of dirty word in the early 2000s it really had a bad name. I just stuck to it. I made a song called “Happy House” at a time when it wasn’t the cool thing then it becomes the biggest thing in the world. There is something to be said for just sticking to your guns.