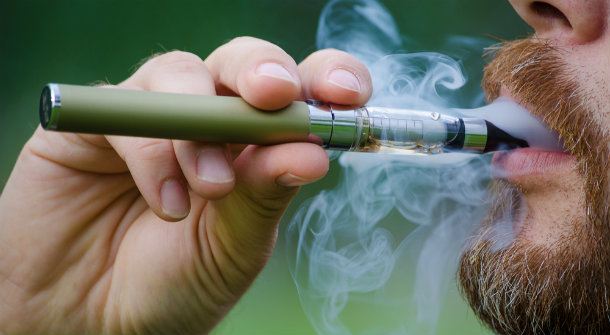 It’s not what you’re smoking but where you’re smoking, that seems to be the consensus of Greeley’s city council as they schedule their final reading for banning public use of e-cigarettes for January 6th. The citizen’s initiative to ban e-cigarettes was set for October, but after members of the community encouraged they reevaluate their assumptions that vaporizers be classified and banned like cigarettes, the issue was tabled.

Two businesses in particular would be affected by this change. Vapor Core, owned by Dustin Barnett and Devin Matthews as well as Smokeless CG Vapors, owned by Chris Gauman.

“What our ordinance reads is that smoking is prohibited where second hand impacts can be experienced by bystanders. What we’re doing isn’t changing anything in our smoking ordinance expect making sure that e-cigarettes are included with that definition.”

Even though the E-juice (a concentration containing Vegetable Glycerin, Propylene glycol, flavor and Nicotine) is vaporized and the product doesn’t create smoke because there’s no combustion, the bottom line for the ordinance is classifying this industry under “smoking devices” which are banned in public places. 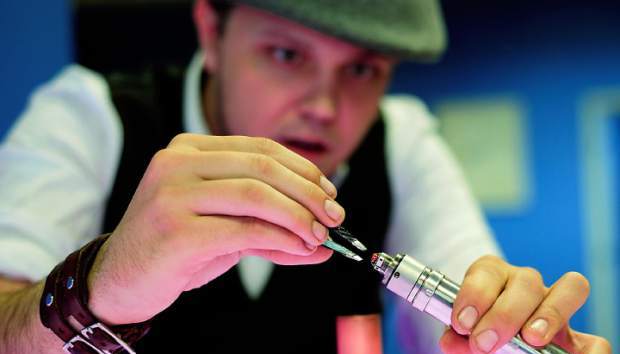 So why is this such a big deal for the Vapor industry?

“The attraction is that you can come in and sample the products,” Gauman said. “Being able to come sample the products and take it home, that’s the real niche, the effectiveness, the success for someone who wants to quit tobacco.”

Gauman is a retired smoker as well as Barnett who converted his lifestyle from a three-pack-a-day musician to a business owner- who never picked up a cigarette again after trying e-cigarettes.

“It’s kind of like if every gym in town you had to get a two-month subscription to the gym, just to see if exercise was even the thing for you,” Barnett used to explain the ban. “There’s no day-pass there’s no trial, you come in to the door to spend two months worth of money or nothing… So many people with an addiction, they need a place to go to be helped and that’s why I’m here.”

Although Safraki stated twice in her phone interview that the ordinance wouldn’t affect retail sales, Barnett and Gauman say that 100% it will affect their sales and the side effects of this ban could cause them to go out of business just months after opening. Seven other communities in Colorado have effectively passed this ban and specific cities where the ban has been in effect, stores have gone out of business Gauman said.

“I’m not trying to do something negative or corruptive,” said Gauman. “My whole path in life is to help people and to better our society and I don’t think the city is looking at my business the way that I see it. I want to save lives. I want people to live healthier lifestyles.”

Possibly what’s most frustrating for Gauman and Barnett is the cities initial approval of their business and now the sudden change.

“I didn’t just open a business, buy it on a whim and invest all this money without researching,” Gauman said. “I called the city and got approval. I spoke to several people and then I have a written letter from the city attorneys stating that my business plan was not against any city limits or codes and that I could go ahead with my business… so then I signed a three year lease and have invested thousands of dollars and now they want to shut me down?”

Gauman sees the merit in limiting people smoking in public places. He says he doesn’t want someone vaping next to him while he’s eating, he gets that, but he’s concerned in the possibilities of the ban. 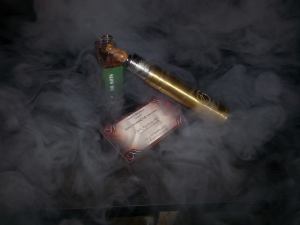 Safraki outlined the loophole that Fort Collins is using which appeases both sides. Their ordinance allows independent retailers to operate a free-standing shop where ventilation can be controlled and not “contaminating” public air-space. Granted, the two Vapor shops in Greeley aren’t free-standing locations, they share a common wall with other businesses, but the possibility to continue the Vapor business model would be allowed if the free-standing clause was included. Greeley’s smoking ban doesn’t include the free-standing possibility for businesses. If passed, no exceptions, vaping in public spaces wouldn’t be allowed.

“My overall goal, for my business, is to have no customers,” Barnett explained. “That’s my goal. That no one smokes and I’m out of business. It’s incredibly disheartening to me that the city in any way, shape, or form would not promote it.”

The research is limited on either side as to the long-term side effects. There’s no clear statement in the research conducted that e-cigarettes equals life but there’s also no clear evidence that it’s killing people either. The FDA and EPA are conducting research. We do know that’s it’s substantially less harmful than cigarettes and for the industry, they want to keep moving forward with this change. Gauman e-mailed his research to the media showing that Big Tobacco is down in the last two years by 35% and the Vapor industry growth is up 400%.

“At the end of the day,” Barnett said, “nobody in the state is a millionaire that runs this. Nobody here has a background with Big Tobacco, nobody here is a corporation…We’re the generation that will kill Big Tobacco and I’ll be damned if the city council has anything to do with it.”

The public hearing takes place at 6:30pm on Tuesday January 6th at City Hall. Come testify for either side and be a part of the change.