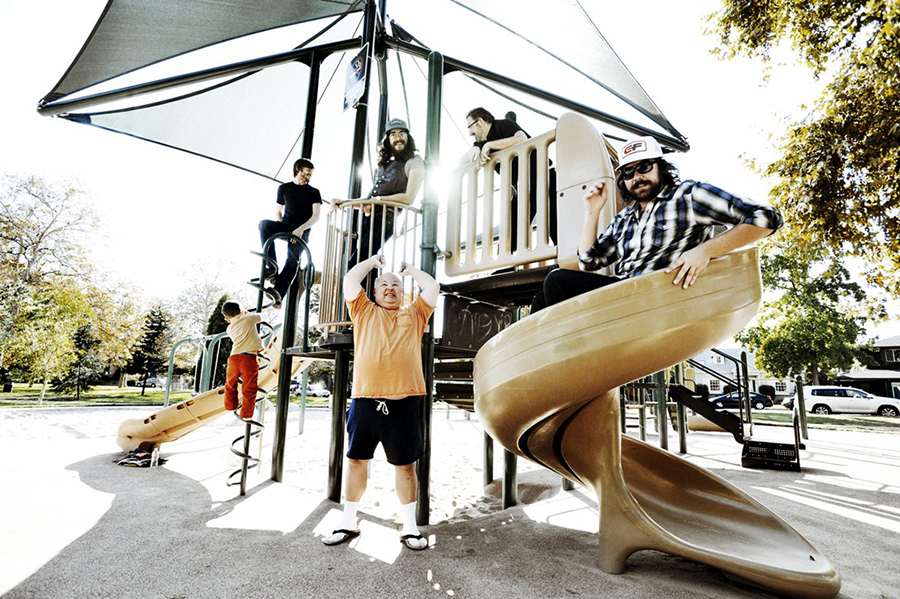 Mention Tenacious D and people’s faces light up. The superstar duo comprised of Jack Black and Kyle Gass has delivered their signature brand of comedy-infused rock since 1994. At the time, they only had five original songs, including “Tribute,” “Kyle Quit,” “Krishna,” “Melissa,” and “History.” Since then, of course, they’ve catapulted to international recognition and appear to be unstoppable. Black has released several lucrative films while Gass has made a number of movie appearances, as well. At the same time, they’ve balanced an incredible musical career revolving around “the D.” Gass also started The Kyle Gass Band [KGB] in 2011 alongside fellow D guitarist John Konesky, guitarist/vocalist Mike Bray, drummer Tim Spier, and bassist Jason Keene. Talking to Gass is what one would expect- a non-stop laugh riot. That’s right. Riot. It’s impossible to have a serious conversation with a guy like Gass. And why would you want to? He knows he was put on Earth to make people laugh and that’s what he does. In anticipation of KGB’s appearance in Greeley this month, we got him on the phone as he was driving to the Shrine Expo Hall in L.A. to prepare for his Festival Supreme event, an annual extravaganza he puts on with Black.

Oh yeah. That’s going to be a big story. I am heading down to the Shrine thing now to do a local interview. I’m really excited about the tour. We’re going a bunch of new places and I think it’s going to be really scenic. We enjoy the natural beauty in the band. It sounds crazy, but it’s true. It’s going to be a real beautiful drive.

For sure. I was kind of interested as I was reading about your background that you didn’t initially like Jack when he joined the Actor’s Gang. Is there a specific reason for that?

Yeah, he was obnoxious. He was really cocky. It was like, ‘Who are you?’ He’s 19 and I’m 28 and I was like ‘who is this kid?’ And he’s singing and he’s dancing; he was very eager to make an impression. So you know, we had to tame him a little bit, but it actually did take pretty well. 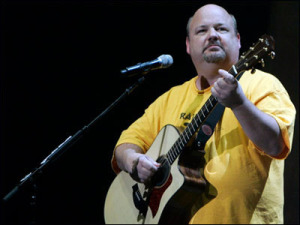 Also, in article after article I read that you actually schooled Jack on guitar.

Well, that is very true.

But what’s not true is that you were the youngest graduate at Juilliard [laughs].

Oh my god. You know what? I’m changing my story. I did now. As many times as I didn’t, now I did. I was graduated at the age of 9-years-old. The weird thing is I didn’t even know how to play guitar yet.

Why don’t you go a step further and also be valedictorian?

I know. Why not? The whole thing.

Your first gig was literally a 7-Up commercial, is that right?

That was my first professional acting job in a 7-Up Gold commercial. I played a scruffy pizza delivery guy.

Do you still have it?

You can look that up on your YouTube. Do you have the YouTube out there in Colorado?

We do. I have it right here [laughs]. My dad is a big fan of yours and he said he caught you guys on Jimmy Kimmel the other night. Is it true you’re going to Malaysia?

Oh yeah, we are going to Asia.

When is that happening?

There are talks of a new Tenacious D record coming out in 2015.

The moment I mentioned I was interviewing you on Facebook, my social media blew up so apparently people like you. Did you ever think you’d reach this level of success? I mean, you’re in movies, you’re touring the world; doing all types of things.

[Laughs] As a child, I stared endlessly into the mirror and completely convinced myself that I would be famous, but I had nothing to base it on. But I was absolutely convinced that it would happen. Then as time went on and I wasn’t being famous, I thought, ‘oh no. This sucks! I’m in my 30’s and I’m not famous for anything.’ I was just hoping to not have to work a day job. I didn’t want to work at Kinko’s so I succeeded. But no, I never thought people would like it that much.

I read that if you had to choose between making movies and making music, you’d always choose music. What about music makes it your thing? Explain to me in your words why music is the best thing ever.

The hours are better, the pay is better. Movies are great if you can get them. It’s fun, but it’s a lot of work. With music, there’s something very satisfying about it. It’s kind of a magic feeling.

When I’m at a show and I hear a song that gives me goosebumps, I know I’m somewhere special. Music, for me, is so incredible. I couldn’t live without music. If you were blind or deaf, what would you go for?

Man, I love these questions! Blind or deaf? I would go deaf for sure. I would have to see.

Then you couldn’t hear music.

I could see it on the ProTools [laughs].

How long is the Kyle Gass Band tour?

I think it’s only like ten days. If we stay out any longer, we actually will kill our bass player.

Even after he quit his job for you and everything?

I know, but we really didn’t want him to [laughs]. He’s very old so he could pass away at any time.

Tell me about this web series, Guitarings. It’s been going for awhile, right?

It keeps going even when we don’t do it.

They’re well done. You guys do the Festival Supreme event to merge comedy and music together. Who came up with this idea and who is the mastermind?

You’re talking to me. Any good idea that’s happening, even things I haven’t done, are mine. [Laughs].

We have had this dream for awhile. We wanted Spinal Tap, Flight of the Conchords, all of the big guns in that genre. Of course, none of them wanted to do it. So we just kept at it and decided it would be a great hybrid. We didn’t think anybody had done that before so we thought it was pretty fresh.

Where does the Tenacious D name come from? What’s the D, man?

The D is from Tenacious Defense, which is a term mainly used in basketball. That was a perfect metaphor for how we would approach our music.

Well, he died. That D is over [laughs]. I feel like I could easily talk to you for another hour.

Actually it feels like you’re ready to date me [laughs]. Just kidding.

What I am trying to say is it seems like you’re very down to earth whereas people in your position might not be so inclined to be so nice.

Right, but I am also a very good actor. It’s my job.

And you bought it [laughs].