When thinking of Minneapolis and hip-hop, Rhymesayers is the undeniable forefront. But the independent group Crunchy Kids takes a contending stand among the idols of underground music out of Minnesota. The four man project combines quick-beat vocals (Slim Chance), live drums (Marcus Skallman), bass (Eric Burton) and the keyboard (Eric Mayson) giving hip-hop a greater live band sound. They qualify their music as hip-hop and other but it’s hard to categorize these badasses.

Crunchy Kids dropped their second album, Mint in May but when they came through Greeley we got a firsthand feel for their sound and energetic blend on stage.

“Something that makes us different is our sound. It’s vivid and smooth… It’s present. It’s direct. It’s conceptual all the while. Not saying no other artists are doing that here, just nobody sounds like us doing it,” said Chance.

Their album encompasses a range of this independent sound integrating their jazz type set-up to create an innovative lyric-conscious record. “Smoke Clears” and “Inhaler” offer a greater feel for what the band is capable of. Their funky sound is heavy in these tracks flooding your 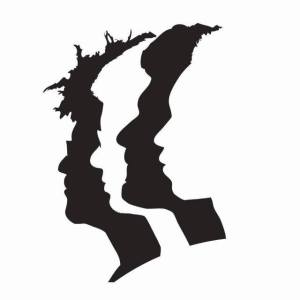 headphones with the instrumental intros and witty lyrics. The fresh overlay of hip-hop on this style of jam-jazz music segways into a new type of sound, it’s classic in it’s roots but the rhythm and rhyme are anything but classic.

Lead vocalist and freestyle Slim Chance harmonizes and dominates the sound in “Buck and H.A.M.” The song begins with an upbeat melody while Chance brings in the beat with his catchy poetics about the simplistics of loving life. This echo of happiness accomplishes a similar feel as hip-hop sounds from Zion I. They both represent a back-to-basics message of peace and love but give it a cool hip-hop identity.

Both in “Bread and Butter” and “Creatures of Habit” the band accomplishes memorable lyrics with a sound that makes you want to move. While “Drone” comes in with a grungy sound more reminiscent of hip hop’s deep down-beats that rappers quick-style-rap between. “What Feeling” is focused on the lyrics while the background slowly crescendos with an eerie beat to match the intensity of the songs message of loss.

The band accomplishes an array of sound mastering funk, jazz, and jam band, overlapping all of it with the coolness of hip hop. Whatever drives these four must have to do with their unique position among a younger crowd of mainstream music.

“The hip hop game seems to focus heavily on younger emcees. We got a few more trips around the sun. A lot of experiences, journeys, mistakes, wins. All that. Crunchy Kids are just regular kids that got baked a little longer.”