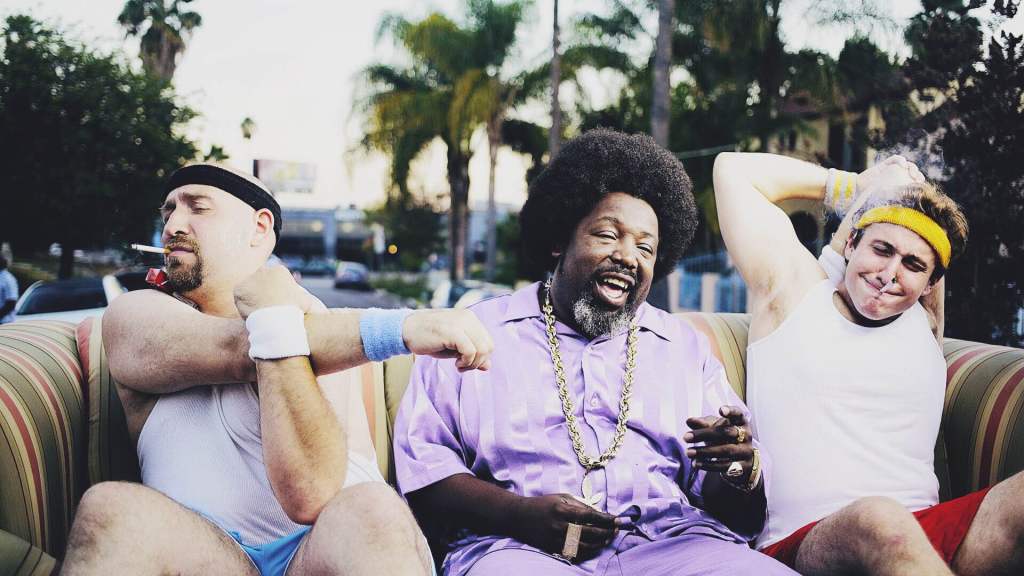 Afroman could quite possibly be the best spokesperson for the legalization of marijuana. His first single, 2000’s “Because I Got High” became the pothead anthem of the new millennium and sent Afroman spinning out of control into a media frenzy. The South Central Los Angeles native never imagined that song would carry him so far, but it did. Now we’re here. Afroman, real name Joseph Foreman, released a remix of “Because I Got High” in mid-October and the internet exploded. With over one million hits in two days, it almost seemed like Afroman never left, although he’s been flying under the radar for the past few years. That doesn’t mean he wasn’t making music. Since 2000’s Because I Got High album, he’s put out over 25 various albums, singles and EPs. He never stops creating. At 40-years-old, he is experiencing a resurgence of popularity, but there’s a newfound maturity to Afroman’s style.

“I don’t think marijuana is for everyone,” Foreman says. “A lot of people have this recreational thing and that’s cool, but I really think it’s for anger and patience. I don’t think you should waste it. It may not be thing for you. However, it can help a human next to you. It shouldn’t be criminalized when it can save lives. We shouldn’t smoke anything. I mean, collard greens are healthy, but we shouldn’t roll it up and smoke it [laughs]. I say right before you get mad and shoot up a Wal-Mart, smoke a blunt.”

Billed as a “positive” remix, the 2014 version of “Because I Got High” covers the multitude of perceived benefits one can attain from smoking marijuana. From soothing glaucoma to calming anxiety, he spits out convincing arguments. One of the most notable lines is “I don’t have to buy from gang bangers shooting craps/if it’s legalized,” which is really an incredible point.

“If a white lady came up to me looking for some weed, I might feel manipulated just a little bit. I’m sorry [laughs],” he jokes. “But if they decriminalized it, we can buy it from safer, more protected places. We have to deal with all kinds of monsters that cops sometimes have to go deal with. So yeah, I’m all about the decriminalization of marijuana.” 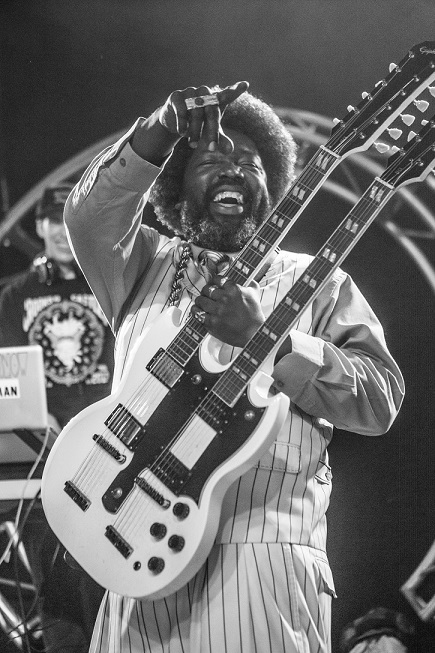 Foreman went to high school in Palmdale, California after his parents worried he was getting into too much trouble living in LA. After that, he broke into his quest to become a rapper.

“My mom and dad broke up, and my dad went to Mississippi,” he recalls. “So I went with him and I had some friends and relatives down there. I’m from LA, but LA has enough stars. I got appreciated more in Mississippi at that point in time. Now they have their own swag; the gold teeth, dreadlocks and they don’t like Cali boys no more [laughs]. Before they made it their own thing, they loved me and they still do. LA has a lot of performers, but when I went down to Mississippi I found listeners and customers rather than competition.”

That left the doors wide open for Foreman and soon he found himself with a Grammy nomination, fancy clothes and more money than he ever dreamed of. It all happened so quickly that he barely had a chance to figure out what had just happened. The fame surrounding the “Because I Got High” single left him pigeonholed as that “weed” rapper; as if it was the only song he could ever do. More than once, he’s contemplated writing and releasing songs under an alias—but not quite yet.

“Right now, I’m going to do my Afroman thing thoroughly,” he says. “I am going to make sure the public is comfortably done with me or I make sure I give them their dose of Afroman whenever they want it. I write more music than the world can handle [laughs]. I’m fixing to start writing as another artist. I don’t want to compete with the real big hits. I really didn’t want to do another “Because I Got High,” but I wanted to help the movement. At the same time, I thought it was only fair to highlight the positives of marijuana, too. I hate when people talk about all the bad things a black guy does [laughs].”

If you compare the two videos, there is obviously a blatant difference in the lyrics, but they both retain his sense of humor. The Afroman today and the Afroman in 2000 are sometimes at odds.

“I was going crazy back then,” he says. “I don’t know if you know, but I was young. I was trying to survive and make it in the music industry. It was wild. All I could do was drink and smoke to try to cope. The Afroman now is under control. I’m focused and I know what I want. I got my record deal so fast that I look horrible in that first video. I look good in my second video. I look great. I went shopping. I got custom made jewelry. I got a nice outfit. I looked better than any rapper in that video. As far as the grown man look, I got it down. Weed is a cure for anorexia [laughs]. Look how skinny I used to be before marijuana. You could play my ribs like a xylophone. Now look how healthy and voluptuous I am [laughs].”

Many parents might have issues with both versions of the song, which he expects. In the state of Colorado, however, he’s more likely to be heralded a hero. Whatever way you swing, he is in no way trying to negatively impact children.

“I saw a list of all these rappers that said they would smoke with their kids,” he says. “I wouldn’t sit around smoking with my kid or nothing like that, but right before my son got really pissed and was about to walk into that Wal-Mart to shoot it up, I would hand him a blunt before he threw his life away. It’s a sad situation. I see young kids smoking and I feel bad, but I have to stop and realize that this little kid is living in the same world as I am, and he’s stressed. He’s worried about nuclear war, too. I still don’t think that kids should smoke or any of that.

“For kids, it’s so crazy,” he adds. “I don’t want people acting like they’re angry just to get free government weed or something [laughs]. I’m going to kill everybody. You better give it to me now! I think marijuana is for people with medical problems. But people abuse it. Go jogging or go play basketball instead. Go live.”