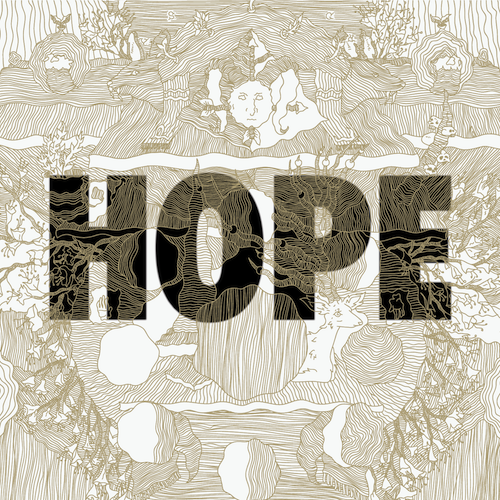 Manchester Orchestra is not new to the game. With four critically acclaimed albums under their belt including their fantastic fourth album Cope which dropped April 1st of 2014, they can pretty much do whatever they want musically. So in true bands-that-do-whatever-they-want fashion, the Manchester Orchestra boys dropped Hope, a stripped down, not quite acoustic version of Cope.

They rerecord the entire album song by song in a true testament to their prowess as songwriters and musicians. They completely re envision the intensity of the album, holding on to the desperate driving nature of Cope while at the same time creating something fresh for themselves and fans.

What makes this album so interesting is the care and the meticulous nature of the production in each song making this more than a simple vanity project. One thing you see from successful touring bands is a certain kind of boredom with their own music. Manchester Orchestra breaks from this by reinventing themselves without completely departing from the things that fans have come to know and love. For this album the band lets out their inner Sufjan Stevens, something every band should probably do from time to time.

As a stand alone album Hope tip toes slightly into Boresville when listening from beginning to end if you’re expecting hard rock Manchester Orchestra, and something is lost when recreating the intense breakdowns of Cope. But when you compare the two albums they work together and by listening to one the other becomes that much better. Especially Cope, that album is the tits.