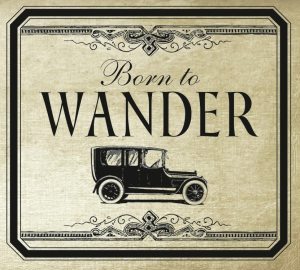 It’s not every day that you get a debut album from a jazz trio, but more often than not, the music on it doesn’t sound that much different from anything else out there that’s getting play on the radio. Born to Wander, which consists of vocalist Kate Skinner, guitarist Steve Kovalcheck and bassist Erik Applegate, manage to stick out a bit. They’re a jazz outfit with a mellow yet peppy sound and an electric guitar ato offer style change their songs. Their debut album is a fun, cool production that shows what jazz can be.

It can be euphoric and calming, like “Follow,” or possess a dark, unsettling sound courtesy of an unnerving guitar riff like “Black Is The Color of My True Love’s Hair.” Sometimes it can be combined with genres never thought of; “(I Heard That) Lonesome Whistle” brings to mind old-school, 1950s country/rock ‘n’ roll, fused with the minimalist jazz and Skinner’s soulful voice. “Amelia” also channels a little bit of a country twang instrument-wise with a steel pedal guitar.

The oddities present on the album are mostly due to the influences of each member of Born to Wander. Kovalcheck’s background includes blues, jazz, country, heavy metal and even classical orchestras. Skinner performed classical music as a kid, along with bluegrass, and got into jazz, hip-hop and R&B as a teenager. Applegate has claimed on Born to Wander’s website that he’s “played bass in everything from bar bands to pit orchestras.” Knowing all this, the makeup of the songs composition-wise starts to make sense. This is not jazz in the traditional stand-up acoustic bass and drum-set style that we see in fancy restaurants during the Jazz Festival. 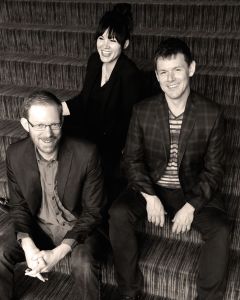 The most traditionally jazzy song on the album is “Never Will I Marry,” which name-drops the band in the lyrics. It’s a fun little diddy about a gal who… well, look at the name of the song. Notably, it has a much more prominent bass line than the rest of the album, and Skinner vocalizes along with the instruments in the beginning and at the end.

Skinner possesses a sensual, playful voice even when going into darker territory. Kovalcheck’s guitar playing also livens up the album and really drives home much of the music. Applegate’s bass playing, while a key part of the songs, sometimes seem to take a back seat to the point that you don’t notice his work. Skinner and Kovalcheck seem to be driving the album forward in regards to its sound.

Pacing sometimes get upset during songs that go for a while, with a near-silent pause toward the end that takes its time to get back up to speed, leading you to believe briefly that another song has started up. It’s discombobulating, at least during the first round of listening. But aside from that, Born to Wander’s first time out is honestly a great jazz album. I look forward to the EP that will be out in the Spring.

For more information and to download the album, visit http://www.borntowanderband.com.