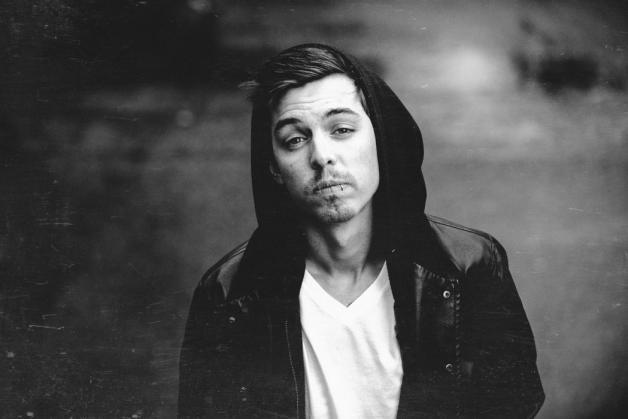 Could it be? Could Grieves, the Rhymesayers emcee, be leaving hip-hop for neo-soul? Not so fast. Although the Seattle-based artist’s most recent album 2014’s Winter & the Wolves offers more soulful singing than previous efforts, it’s still very much a hip-hop album. After all, Grieves (real name Benjamin Laub) has been “professionally” rapping since his brief stint with Black Clover Records in 2007.

The first time I met Laub was in 2008 at a small art collective in Albuquerque, New Mexico called Stove. I had no idea who he was and innocently asked him if he was “the McLovin’ of hip-hop.” He was (purposely) dressed in a button up white shirt, bow tie, nerdy glasses and tight jeans so it seemed like a logical question at the time. However, when he took the mic, he exploded with an obvious passion for his craft; a passion he clearly holds on to today.

Laub has always been an interesting character. He’s funny and approachable in person, but extremely brooding on his albums. In fact, that’s the only way to really understand who Grieves truly is. For example, on the song “Recluse,” off Winter & the Wolves, he paints a portrait of a person wanting that isolation that’s hard to attain when you’re in the spotlight. On “Long One,” Laub sings his heart out and proves he has the chops to do it, a brave decision that many emcees wouldn’t be willing to attempt.

“It’s just where I am right now,” Laub says. “Musically, it’s something I’m more interested in and caters more to the music I like to listen to. It’s a lot more involved than just rapping. I’m not really feeling it anymore; rapping that is. I don’t know. It’s just the way things are going creatively.”

Part Brother Ali and part Slug (both of Rhymesayers), Laub navigates each track with ease. There’s a sense the lyrics come effortlessly due to his personal journal-style writing, which is ironic considering he doesn’t read much and isn’t into literature or writing of any other kind. “Kidding Me” alludes to the dissolution of a recent relationship and the bitterness he felt after it was over while “Whoa Me” is a tongue-in-cheek tale of growing up and dealing with life’s hardships. Produced by B. Lewis (the Bad Rabbits), each track is evidence of Laub’s growth as not only an artist, but also as a person. While his sense of humor is firmly intact in person, it’s much more subtle in his music, but he always makes it a point to remain accessible to his fans. 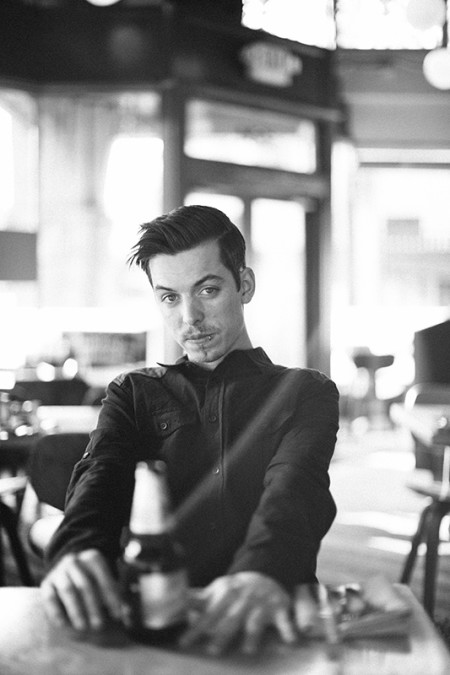 “Writing lyrics is my time to be serious and to confront things so I can understand myself and other things around me,” he says. “Of course, there are personal times when it’s not a fucking joke. I see artists do it like, ‘I’m this deep complicated person and my music is just a way to explain it to you in layman’s terms.’ Fuck all that. Dude, you’re traveling around, getting drunk and playing music in front of people. You’re feeding your ego, having a fun time so just relax. You don’t have to work a shitty, dead-end job. Even though sometimes music is a shitty, dead end job, it’s the one that you want to be doing. I just feel like people that try to put on this serious artist face, it’s so stupid and then they wonder why people don’t give a shit.

“People like to listen to my serious songs and relate to it, but if they meet me in person and I’m like, ‘You can’t grasp me right now,’ they’re not going to feel that,” he continues. “They aren’t super complicated people either. We all have our issues and we all need to address things. We all need to be comfortable doing it. If they meet somebody that’s super fucking serious, that’s not a comfortable experience for anybody. It would be nice to know that a person who has inspired you to feel a certain way is also someone you could relate to in a normal situation.”

He’s had plenty of chances for those types of encounters. He’s been on the road for the better part of three years, ever since he dropped Together/Apart, his 2011 sophomore effort for Rhymesayers. That period was part of the inspiration for “Recluse.”

“It’s nice that people are still with me after such a long hiatus,” he says. “It’s hard to call it a hiatus even though that’s probably what you’d call it on paper, but Together/Apart just kept reinventing itself so many times that I was working that record this whole entire time. It’s been almost three years, but Together/Apart was becoming a new record for people monthly and at such an accelerated rate that I had to keep touring on it.

“There have definitely been those times after two years of touring a record, I just needed to be alone,” he adds. “The song is kind of a humorous approach to it. It’s not like everything in that song is dead-on and I’m locked in a room ignoring everybody and drinking beer. It’s harnessing that emotion and playing on it. I needed some me time.”

With that out of his system, he was able to focus on writing Winter & the Wolves. Despite a devastating studio fire, he forged ahead and was able to complete the record. He teamed up with Lewis after a stint on Warped Tour and it was on from there. No one is quite sure what happened to his former producer Budo, but it seems Lewis and Laub are an ideal fit.

“He’s kind of a jack-of-all-trades and can do anything,” he says of Lewis. “I was interested in working with him because of all the singing stuff and my interest in neo-soul. I wanted to take a step in that direction. He also makes a lot of hip-hop and EDM stuff. I wanted to kind of incorporate all that. He was a good mix for me. It was a new decision or step for me, but it didn’t feel out of place or like I was stepping out of bounds.”

With this fresh chapter Laub has embarked on, it’s clear he’s more comfortable with the music he makes, where he is in his career and who he is as a person. His home at Rhymesayers is still a place he wants to be and it seems to have really given him the confidence to tackle this new avenue he’s bravely walking down.

“I think it’s a really good place for me musically,” he says. “It’s part of the reason I am where I am just in general. It’s because of them. Being able to contribute to that is something that I thrive on and appreciate. I need that in my life. It’s nice to be a part of something that you respect so much. I mean, it’s still an independent thing, but if I was doing this completely on my own, it would feel more like a struggle than a contribution.”