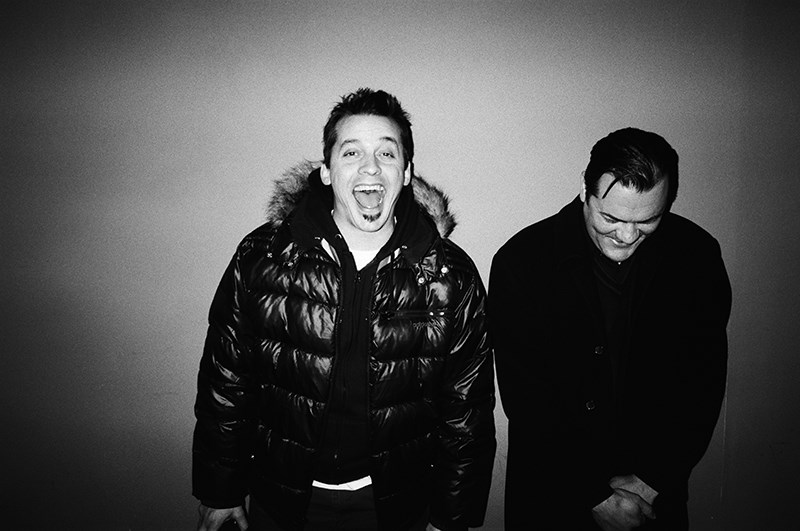 By the sound of the new single, “Bitter,” on Atmosphere’s eighth official studio album, Southsiders, you’d never guess it almost didn’t make the record. In fact, it started off as a gag between Minneapolis-natives Sean Daley (Slug) and DJ/producer Anthony Davis (Ant).

“The first song we wrote was “Bitter” and it was written as a joke,” Slug says. “I was just getting the gears moving and he sent me this beat that was almost funny to me. I think I even told him it kind of reminded me of some mid-2000 era Eminem kind of shit. I don’t know how to rap like Eminem. If I did I would [laughs]. I was still like, ‘Ok, let me do something funny on here’ so I wrote the first verse and the hook, which was just intended to make Ant laugh. He hit me back and was like, ‘I love this. It makes me smile.’ I was like, ‘Oh shit. Does it make you smile for the right reasons or the wrong reasons?’ I couldn’t believe he loved it, not that it was horrible, but I wasn’t taking it very seriously.

“So he told me to finish it so I finished it,” he continues. “And I didn’t necessarily want it to make the record. I didn’t want it to come out, but he called me out on it, man. I love this dude. He’s so real with me. He’s so beautiful. He said, ‘Look, the reason you don’t want people to hear this is because you’re insecure about it and that’s the main reason you should put it out.’ And I thought about it and was like, ‘You know what, he’s right. What am I insecure about?’ I was insecure about the hook. It’s pretty fucking awkward. Then I realized that’s the risk. The risk is, ‘Can I let people hear me do something like that?’ Even though I wasn’t being super serious when I did it, I still did it. I made this postcard; I made this painting so if I’m afraid to show it to people, the only way I can approach this challenge is to say ‘fuck it’ and let people hear it.” 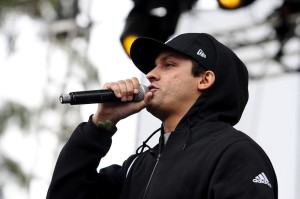 Atmosphere has helped put Minneapolis on the musical map thanks to the monumental success of Rhymesayers Entertainment. Home to indie hip-hop artists like P.O.S. of Doomtree, MF Doom, DJ Abilities, Aesop Rock, and, of course, Atmosphere, the label was co-founded by both Davis and Daley in 1995. As the business has evolved into the reputable label it is today, it’s also documented Atmosphere’s evolution as not only musicians, but as people. Beginning with 1997’s Overcast! and culminating with Southsiders, Atmosphere’s catalog brilliantly showcases Daley’s transition into adulthood, fatherhood, marriage, business owner, and emcee. At 41, he’s finally comfortable juggling them all. Southsiders is a commemoration of the group’s longevity; it’s also a deeply introspective, and sometimes conflicted, work. It’s a natural progression from the last record, The Family Sign, and a very detailed look at his life as a father of three. From the melancholy album opener “Camera Thief” to the uplifting closer, “Let Me Know That You Know What You Want Now,” Daley spills his guts out on the page as Davis delivers his impenetrable beats.

“For me, a big part of where I am right now and what I’m trying to impress upon or communicate, is that it’s ok to be all of it,” he says. “I’m a dad, I’m a husband, I’m a rapper, I’m a business owner, I’m a fan, I’m a lot of different things; and I don’t have to pick and choose which mask to put on any time. I can be all of them, all the time. I can be on stage and be a dad, I can be off stage and be a rapper. To me, that is one of the biggest things we need to press upon this movement. The movement itself has been so lost in its identity crisis for so long. There are so many powerful voices in here that still don’t represent who they really are. And I feel like that’s hurting the children. I don’t want to overdramatize it, but I feel it’s a disservice to the movement, these kids and ourselves if we don’t start being a lot more honest with them. So why aren’t we trying to keep things as real as possible?”

Daley keeps it real on “Kanye West,” the tenth track on the 15-track album. It has started a lot of online controversy, which wasn’t intentional. Anyone who has followed Atmosphere’s career knows they often names songs after other artists or celebrities. This track, however, had people thinking the duo had “sold-out,” which was a blatant misinterpretation of the title.
“I don’t really feel like I should push back against any of it,” he ways. “The funny thing is, the amount of people that came that criticized the name of it, the majority of those people were people that wouldn’t have mentioned us or thought of us if I had named it something else. In a way, I have to accept all the criticism as kind of a positive thing. It’s just another energy for me to eat and consume.”

While Daley admits to holding on to moderate amounts of insecurity, he continues to rhyme with confidence and an undeniable fluidity just like the cocky rapper people often assume he is. However, underneath it all Daley is as insecure and self-critical as the next person. He just happens to make dope music. Southsiders drops May 6, 2014 on Rhymesayers Entertainment.