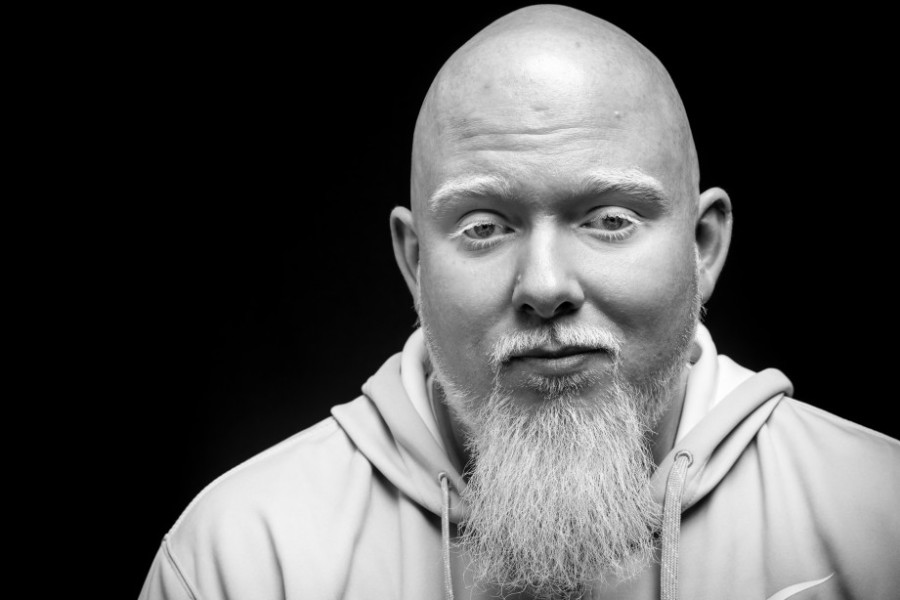 Rhymesayers Entertainment artist Brother Ali has been spitting out albums since emerging out of Minneapolis with 2000’s Rites of Passage. It was a brave introduction to the life of an albino rapper and a little insight into his heavily politically minded views. 2003’s Shadows on the Sun, 2007’s The Undisputed Truth, 2009’s Us, and 2012’s Mourning in America and Dreaming in Color continued Brother Ali’s path of delivering content-driven, independent hip-hop.

There’s a new business model in the rap game and Brother Ali is vocal about his stance on where things are going. His last tour, The War and Peace Tour, featured longtime friend Immortal Technique. Although he doesn’t have a new album to push this fall, he’s embarking on the Home Away From Home Tour any way and coming to the Aggie Theatre September 19 with special guest Bambu.

BandWagon Magazine: The War and Peace Tour seemed to make a lot of sense considering you and Immortal Technique are both rather politically minded. How did that tour come to fruition?

Brother Ali: Tech and I have been friends for a long time. We both put in a lot of initial groundwork in our own communities, me working in the Midwest and him on the East Coast. We both come from battle rap background. We make songs people care about. We make albums that people respond to and then you know, just doing our independent thing. But when we first started touring nationally, we started touring together.

One of my first times headlining was his first national tour. One of the first times I headlined First Avenue up in Minneapolis, he was the support for that, too. That was a benefit show we did for an Iraqi man and the police had beat him up so we were raising legal funds for that. We’ve always had this long-standing friendship and partnership. We always wanted to go on tour together and this year it worked out because we are on all four of the Rock the Bells festivals. It’s a combination of this being a friendship and a personal thing, but we wanted to make a statement about the current industry and the music climate, that there is an audience for music that also cares about the well being of people. People call it conscious rap, but really it’s just music that cares about the well being of the people. It cares about justice. It created hip-hop.

What was it like working with Immortal Technique on the War and Peace Tour?

We both have very strong, loyal fan bases and for us to tour together, we’re able to do business at a respectable level. It really makes the statement in the industry that this music is commercially viable; music with a message is commercially viable. That is not only for us, but it’s also for the artists that are just coming out to realize that this is an option. This is a lane. You don’t have to only talk about the four subjects that are approved by commercial rap. You can talk about other things and even in a challenging way.

I agree with you there.

There are people in the underground circle that talk about their own personal realities, but they don’t challenge their fans because they are afraid they will lose their business. Part of what this tour shows is that we can challenge ourselves and challenge our fans to be more active and to examine things in a more meaningful way to help build power.

I love that. It’s interesting because with all of the artists I’ve interviewed, just most recently Rah Digga and Big Daddy Kane, you guys are all saying the same thing about music. What do you think it’s going to take to kind of make that switch? I feel, at this point, radio is out of control. There’s no content in the music anymore. No one is talking about anything real and that’s what kids are exposed to.

I think the fact that, I mean, you know, I’m doing what I think should be done. You know what I mean? So rather than preach about it, that’s kind of part of what this tour is about to show that is a lane.

To lead by example?

Just doing what I think should be done. I was going to say there’s a shift in the way business is done so the underground, independent model has become big. That’s the model we have to usher in. Whether the people that get big with it are getting credit or not is a different matter. But the reality is we put a lot of bricks in that building. That’s a good thing because it gives the kids that are coming along now an understanding that they have a lot more control over what they’re saying or doing and how they do it. We show them that saying something and having content in their music, talking about what’s healthy and good helps build power for people. They at least have more freedom to explore those things now that there’s a lot more independents.

Well Macklemore, for example, has a bit of a different message. He’s addressing same-sex marriage and drug addiction, stuff like that. Do you think more artists like that need more exposure to maybe change the message that’s getting out to the masses?

Um, I think that it’s just really important that now that there is an opportunity for more independent business to be done. It’s important for people to see that. Now people are making their decisions on what’s best for them. They are asking the question, ‘what’s in my best interest?’ It just shows there is that commercially viable lane to talk about something and that creates people that are inspired to do it.