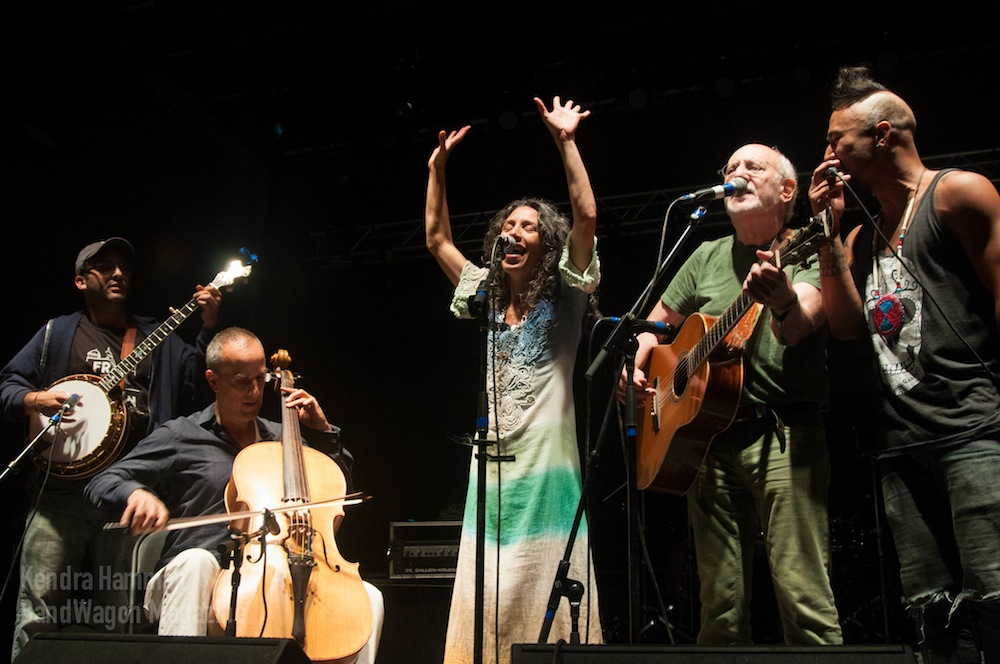 If you were to describe the ARISE Music Festival’s second year in one word it would simply be consciousness. This consciousness was found on all sides of the event, as everyone involved came together with the understanding that this was not going to be just another music festival with an environmental message. This was going to be a movement that got people not only talking about the impact of fracking, but also taking action on the issue. Did they achieve this goal? Kind of, but what they did achieve is a start.

Returning to Sunrise Ranch in Loveland, Colorado, during the three days of the festival over six thousand people arrived, all with a common love of the community, music and a more natural life. A line up of over 80 bands with headliners including Beats Antique, Galactic, Quixotic, Groundation, Polish Ambassador and a very special performance from Peter Yarrow, ARISE was a music festival worth the admission price. 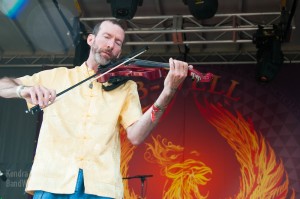 ARISE’s first year had a broad scope in terms of activities, music, and who they were trying to reach. For the second year, the promoters brought this in creating a much more concise festival experience focusing on the things that worked the year before. Gone were a few of the outlying stages and the closed off beer garden and replacing them was a much more organized security system.

It was the music that brought everyone together and keeping a similar formula as the previous year, it paid off. Bringing back crowd favorites like Quixotic, Chali 2na, and Nahko and the Medicine for the People the musical essence of ARISE’s first year was very much kept intact.

That being said, the festival truly shined (or should I say glowed) at night. With acts like Quixotic and Beats Antique on the main stage and all the art installations coming to life, ARISE very much became a visual experience. At the Souls Rising stage performers like The Polish Ambassador, Krooked Drivers, and RUMTUM satisfied all the various electronic needs.

The Starwater stage stood as a nice retreat from the openness of the rest of the festival and home of a lot of surprising talent. In a few years it is no doubt several of them will be main stage acts. While all the acts were amazing in their own way, there were a few musical moments that were stand-alone. In particular it was seeing a performance from Peter Yarrow of Peter, Paul and Mary fame doing a very special and intimate rendition of “Puff the Magic Dragon” that stole the show. When it was over there was a collective sense of knowing that for the people in the audience, seeing that song played live by Peter Yarrow himself was something that would only come once in a lifetime.

Overall it was the message of environmental sustainability that stood out the most. Recycling bins were everywhere almost making it an effort to not recycle your trash. And because of this theme, the audiences lived up to it packing out everything they packed in. Yes, trash build up in some of the deeper parts of general admission was inevitable but in comparison to other festivals such as Wakarusa it was a bastion of environmental friendliness.

A lot of care went into the second year of ARISE and some of it was not immediately obvious. One of those things was the food. Nothing but local vendors selling delicious wholesome meals that would beat other festival’s Qdoba burritos any day. Another side of this that was even less obvious is the lack of major corporate branding and sponsorship. For that weekend the audiences of ARISE were removed from the monotony of being over-stimulated by corporate advertising and most of us did not realize it until we made a trip into town. Yes, there were logos and companies sponsoring the event but they were either local or had the same environmental goals as Sunrise Ranch and ARISE. Basically, you had to bring your own soda if you wanted a carbonated high fructose corn syrup drink.

The issue of fracking was the bottom line of ARISE’s message. For Northern Colorado there is no bigger environmental and economical issue. While a music festival is fun, did the message fall on deaf ears? I would say no because the audience was very receptive to it, but what they lacked was action. This is partly because of what fracking is currently doing for northern Colorado economically and average people are beginning to feel that. Billions of dollars are flooding the markets and counties are finding themselves with a surplus of income instead of deficit. It’s easy to be opposed to something until your children’s schools suddenly have funding for lost art and sports programs and your community is revamped.

This is what ARISE is competing against and it will take a lot to not be drowned out by the money. But eventually the bubble will burst and the oil fields will dry up and events like ARISE can be an environmental voice of reason leading up to that. Maybe no drastic action will be taken to halt fracking, but maybe we can find a middle ground where we are environmentally safe yet still maintain energy independence and growth. Where that middle ground is? I don’t know, I just run a music magazine and go hang out at festivals. We will leave that to the nerds we elected.