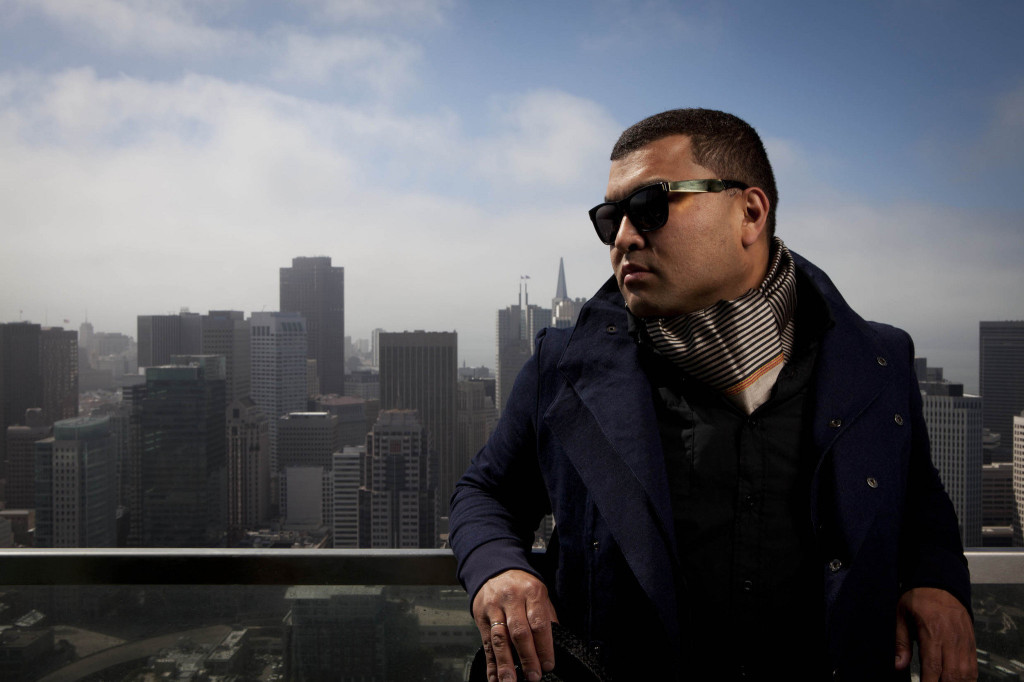 The last time Lyrics Born was in Fort Collins (3/16/14), he was performing with Lateef the Truthspeaker, the other half of the hip-hop duo, Latryx. Despite the thin crowd, Lyrics Born rapped like he had never rapped before. This time, he’s joining Jurassic 5 emcee Chali 2na in Loveland for the ARISE Music Festival August 8-10.

As we all know, hip-hop has a revolving door of rappers. With contemporary artists being chewed up and spit out faster than you can say Lil Jon, the probability of a career spanning multiple decades is highly doubtful. Notable East Coast emcees such as KRS-One, Mos Def and Talib Kweli are among the few that can claim years of longevity. Lyrics Born (real name Tom Shimura), however, has been at it since the early ‘90s and is still going strong with his latest release, As U Were. Growing up in Berkley, Shimura had a hard time getting his hands on good hip-hop. Fortunately, he crossed paths with future label mates, Gift of Gab (Blackalicious) and Lateef the Truthspeaker (Latyrx) while attending school at UC-Davis where the idea for Quannum Projects was born. In addition to putting out their own records, the three entrepreneurs started putting out material by artists like DJ Shadow, Lifesavas and Pigeon John under the Quannum moniker. As Lyrics Born, Shimura has reveled in plenty of success with his funk and soul-infused hip-hop, something he learned as a college radio DJ in California.

“Those were my formative years,” Shimura says. “It was cool because there was so much music in that radio station. There was an incredible music library. It was really amazing. I was in college at the time, but to be honest, that’s where I felt I really got my education. They had everything from jazz to old soul to funk to blues to reggae. The library was so bad! All the rare and collectable shit was right there.” 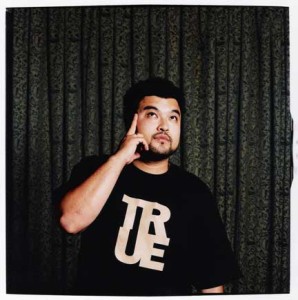 Growing up in the Bay Area had its advantages and it wasn’t just about the beach or the stunning views of the Bay Bridge. It has its own unique culture and innovative styles, which Shimura embraced since day one. After living in Japan, Salt Lake City and finally Berkeley, he couldn’t imagine living outside of the Bay Area.

“It’s so diverse in terms of, not just culturally, but in terms of the amount of different political ideas, cultural, religious ideas,” he says. “There’s a lot of alternative thought. Actually, all that stuff trickled into my music. I don’t think I could have made the kind of music I make coming from anywhere else.”

The “Hyphy Movement” and “Thizz Nation” genres of rap that evolved out of San Francisco are definitely in their own categories. Artists such as E-40, Dubee, Mac Dre, and Keak da Sneak (who is often credited for establishing the “Hyphy Movement”) was a response from Bay Area rappers who were against commercial hip-hop for not acknowledging their region for setting trends in the hip-hop industry. Lyrics Born, however, was not swayed by any trends and stayed true to his own unique style.

“I make a conscious effort to always keep trying and pushing, trying new things,” he says. “Sometimes it’s easy, sometimes it’s hard. Sometimes it comes naturally and sometimes it doesn’t. With every album I put everything into it.”

Originally, Lyrics Born went by Asia Born, an obvious nod to his Asian heritage. He changed it in 1994 and hasn’t looked back.

“I think it was initially because I was getting these reviews saying stuff like ‘he’s pretty good for an Asian rapper or a Japanese guy,’” he recalls. “I wanted to be recognized for my abilities rather than my race.”

While he was still in college, he co-founded the hip-hop collective Solesides, which included Timothy Parker (Gift of Gab of Blackalicious), Josh Davis (DJ Shadow), Lateef Daumont (Lateef the Truthspeaker), and Norman Cook (Fatboy Slim). They would eventually change the moniker to Quannum Projects, the same name as the independent record label that releases their records, as well as those of a number of other artists. The label continues to be 100% independently owned and operated.

“We all met at the radio station at UC-Davis,” he says. “The idea for starting a record label came from there. We knew we had the talent, but we didn’t have the means or backing so we figured if no one else is going to put us out, we will.”

In 2003, Shimura released his first album, Later That Day and followed up with 2008’s Everywhere at Once, which spawned the singles “I Like It I Love It” and “Differences.” The latter featured his wife, singer Joyo Velarde.

“Sometimes it’s difficult to work together because it’s a lot of hours,” he says. “We do things together, we travel together and we make music together. We really understand each other really well. Other people can’t understand the lifestyle or the focus because a lot of times there’s a disconnect. But because we understand the industry, it works.”

Shimura dropped 2010’s As U Were on Mobile Home Recordings/Decon Media, a project that flowed effortlessly from pen to paper.

“I wasn’t concerned about writing hits or any of my previous success or what the industry people thought of me or what the label thought of me,” he continues. “I sat back and made the kind of record I wanted to hear, as if I was listening to my iPod. At the time, I was inspired by everyone from EPMD to David Bowie to Grace Jones to Andre 3000 to The Killers to Franz Ferdinand and Kraftwerk. I always picture myself as a curator. I try to put together albums that tie in all my influences.”

In 2010, he spent most of the year on the road in support of the effort, this time with a full band.

“I love working with the band,” he says. “I still do work with DJs. As far as the band is concerned, we put it together in 2004. We wanted to try something new.”

Shimura is currently putting the finishing touches on his upcoming album, Real People.