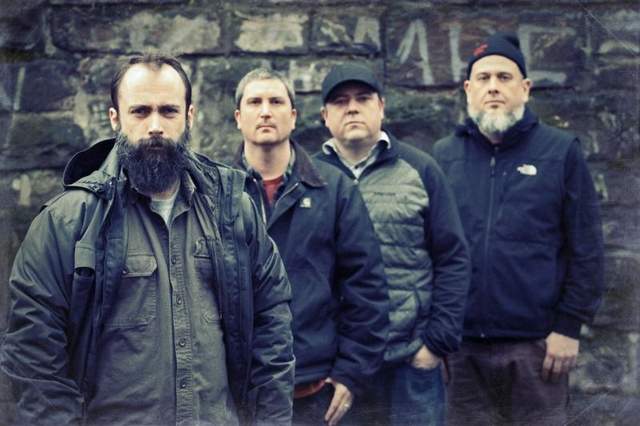 Clutch, an original 90s rock band played the Byers General Store Stage at Riot Fest this weekend and an interview with drummer Jean-Paul Gaster shed some light on the process of building upon their legacy as successful musicians.

The band has been touring and releasing albums for 24 years. They’ve made 7 studio albums and accomplished making their own record label. Earth Rocker is their most recent album released in 2013 and their most successful, making its way on Rolling Stones top 10 Metal Albums of 2013.

“I do think in a lot of ways (Earth Rocker) is our best album. It was a very focused effort. We talked a lot about the kind of record we wanted to make prior to Earth Rocker. We wanted to make an album that played itself from beginning to end. So I think we were successful in doing that. The problem is now we have to come up with a follow up that’s just as good.”

The band plans to release a new album in early 2015. Can we expect the same good Rock n’ Roll sound?

“Well I’m not sure yet,” he laughs. “We’re cooking it up now. You know it’s interesting we’ve really been working on a lot of different ideas and more than once the ideas that are working out best are the ones that are most different than Earth Rocker. So we make a conscious effort not to repeat ourselves and those things generally happen pretty naturally and I think that’s happening this time around as well. We’re trying to find some new sounds and some new feelings.”

Watching the performance of the band playing Mile High, it was undeniable how much the crowd was feeding off the energy of the band. Lead vocalist and rhythm guitarist Neil Fallon amped up the crowd fist pumping to animate the bands rebellious lyrics and jumping during the breakdown.

“We are very much a live band.” Gaster said. “We’re very comfortably in this environment. And each night’s a little different. We change it up from night to night. The reaction from the audience has a lot to do with how we interpret the song.”

It was hard to categorize this band in the spectrum of music. Metal? Rock n’ Roll? Rock? Their official standing is “a damn good Rock n’ Roll band.” Which suits them well as their sound balances on the border of each of these genres. Where do they get their inspiration?

“Well coming up in the Washington D.C area we had the opportunity to see a lot of really great music. We used to see Fugazi quite a bit, the Bad Brains. I used to go see a lot of Go Go music too, which is very indigenous to the Washington D.C area. I would see bands like Chuck Brown and the Soul Searchers. All these things went in to the mix that makes us who we are today.”

We can expect quality rock in their new record for the coming year. Stemming from a wide range of inspiration. Despite Gaster’s claim, “I think we shot ourselves in the foot a little bit,” making Earth Rocker such a successful record he says it’s been fun making the new album.

But all and all these hard-core dudes are just passionate and gifted individuals who “Very much enjoy playing Colorado. Of course it’s beautiful here, the scenery is great. There is delicious craft beer and we love that and they love Rock n’ Roll. This is a place we feel very comfortable with.”