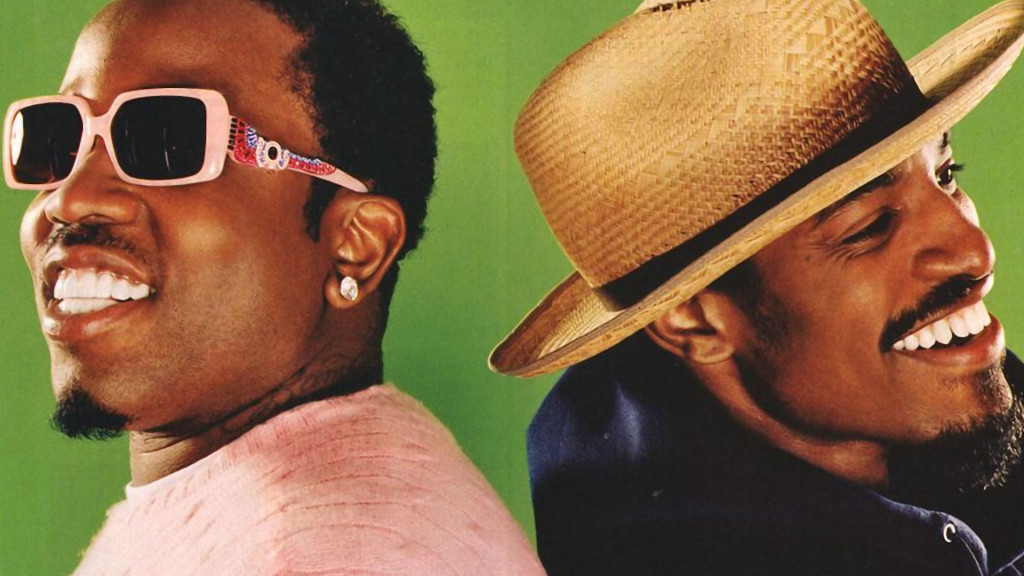 When Big Boi walked out on to the Red Rocks Amphitheater stage in 2010 for a Rock the Bells performance, Andre 3000 was noticeably absent. Nonetheless, he performed many of Outkast’s singles, including “Elevators (Me and You),” “ATLians” and “Rosa Parks.” However, it just wasn’t’ the same. This year, when Big Boi and Andre 3000 perform at Denver’s Mad Decent Block Party on August 22, things will be a little different.

As one half of Outkast, Big Boi (aka Sir Luscious Left Foot, Daddy Fat Sax, General Patton, etc.) has reveled in a career spanning over two decades in one of the most successful hip-hop groups of all time. With six Grammy Awards and six albums under their belts, Big Boi and Andre 3000 took an extended hiatus from any collaborative work, but stayed relatively busy working on their own projects.

Big Boi’s highly-anticipated debut solo record, Sir Luscious Left Foot: The Son of Chico Dusty, hit the shelves in July 2010 and hit number 3 on the U.S. Billboard 200 chart immediately. In 2012, he released Vicious Lies and Dangerous Rumors and is currently on tour again with Andre, something many people didn’t see coming. Much like Jurassic 5’ recent reunion, Outkast’s reunion came from a little nudging from the Coachella Music Festival. Big Boi (real name Andre Patton) realizes it’s rare to have this kind of longevity, especially in the hip-hop world.

“Music comes to me every day,” Patton says. “The beats, the rhymes and ideas – they’re always there. And I’m thankful for that. Also, believing in what you put out there and standing behind it and just making good music no matter what other people think.” 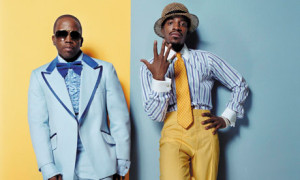 Essentially, the name Outkast says it all. Growing up in Atlanta, Georgia the two were almost misfits in comparison to the music coming out of the South at the time. Artists like UGK, Shop Boyz, and Master P had that grittier, party anthem music while Outkast established the whole “Dirty South” hip-hop genre with fellow artists Goodie Mob and Dungeon Family. In 1994, Outkast dropped Southernplayalisticadillacmuzik and followed up with 1996’s ATLiens, 1998’s Aquemini, 2000’s Stankonia, 2003’s Speakerboxx/The Love Below, and finally 2006’s Idlewild. It seemed as each album surfaced, Big Boi and Andre grew further apart in terms of style, especially on Speakerboxx/The Love Below, the split album that had Big Boi in charge of one half and Andre in charge of the other. It yielded two monster singles, “Hey Ya” and “The Way You Move,” and also won them a Grammy Award for Album of the Year in 2004.

“It shows our different styles and how diverse Outkast can be,” he says. “You can’t really mold us just into one genre or style, but we know how to compliment each other. I don’t think hip-hop is that cut and dry of a definition. I mean, I don’t think my style is all hip-hop. I mix in funk and rock and all different styles to create a unique sound. I have a bunch of different personas that reflect my mood. I incorporate these characters into my music and sound. Like my Daddy Fat Sax persona is a bit funkier. On ATLiens, I am little bit in touch with my Southern roots and on Aquemini, my character is my zodiac sign, Aquarius.”

After Idlewild was released, Big Boi was doing his own thing and Andre 3000 was in the background taking a break from hip-hop, although he did start rapping again in 2007. He made a string of guest appearances and a few were questionable choices, especially for Outkast fans. He did tracks with pop princesses Kesha and Beyonce then jumped on an album with singer John Legend and crunk rapper Young Jeezy. Not too many people were sure what Andre 3000 was up to. His focus has really been more on acting than music up until recently when the Outkast reunion tour dates were announced. Big Boi and Andre are in the middle of a massive international tour, which kicked of in April 2014 at Coachella wraps up in November 2014 in New Orleans. While it’s unclear if Outkast will put out any new material in the near future, music is something Big Boi is constantly creating so hopefully he can’t hold out much longer. After all, it’s been over eight years since they released their last Outkast record.

“I’ll be out and about and it hits me or it depends on my mood and what I am jiving on,” he says. “That reflects in my music. Sometimes it’s a collaborative thing. I just get beats and rhymes in my head and put them down right away.

I can’t do without my George Clinton. I do call upon his expertise for a reason.

“A lot of cats out here just worship money and I’m not in it for the money,” he adds. “I’m in it for the feeling of the music, so I don’t have to do certain things to conform to what’s going on to make that what’s popular. Outkast is the name of the group and it’s a mind frame too, you never want to be a part of what’s going on.”