Del The Funky Homosapien exploded onto the Bay Area hip-hop scene with his Hieroglyphics brethren in the early ‘90s. Behind the scenes, he was ghostwriting bars for his cousin Ice Cube. But in 1991, he jumped into the spotlight and took his first steps down a solo path with I Wish My Brother George Was Here. The rest is history.

As the hygienically-sound MC celebrates the release of his joint project with producer Amp Live — Gate 13 — he’s making his way across the country in support of the album. People go nuts for Del and he’s one of the few MCs out of the Hiero crew who’s really forged a lucrative career separate from the rest of the guys. From his work with the Gorillaz to his side project Deltron 3030 with Dan The Automator and Kid Koala, artistically he’s always stood out.

“I would suggest it boils down to being able to adapt and work with different people and situations,” Del explains. “Also, people tend to enjoy working with me. I try to bring the best of myself and out of others. I’m pretty open-minded and eager to learn in general, too. When I work with people, I go out of my way to be these things because some days I may not feel like it.

“Business is business, though. I believe in doing good business with people, where everyone can benefit from what’s happening. That’s what I’m about. Now whether or not that is the reason it seems my career is more fruitful, I don’t know.”

Del’s last album, Iller Than Most, came out in 2014 but (unsurprisingly) he’s changed over the years.

“I’m learning when enough is enough,” he says. “My sense of taste is matured. I won’t just do any old thing. I’m still just as rebellious since I always had reasoning behind it. But I’m more tactical now, maybe even diabolical.”

As an O.G. of the culture, he’s watched hip-hop go through incarnation after incarnation since discovering it as a young kid, but he’s convinced mainstream rap isn’t any dumber than it was in the past.

“There was always shit that was just average or riding a wave,” he says. “Young people got the luxury to be wild. I think people in the industry who try to profit off of it have just distilled the formula down to only what they need to spend on, but that’s why they end up flopping completely. Look at Hollywood. They just got money to play with. It doesn’t affect me. It has nothing to do with me, but I do like some things.”

“If you smart, you can play dumb,” he continues. “If you dumb, you can’t fake being smart. I feel the goal is to entertain. So either extreme is too much. If you got something profound to say, I feel you don’t have to really try to say it, it’s gonna be in everything you do anyway. And if you don’t have anything to say, that’ll be in everything you do, too. So time will reveal. I don’t get into complaining about what other artists do too much. I may joke around about it just to entertain myself. Then I roll out from there with respect to what the listener can deal with. I can get an idea of that from what’s popular out now. But also I get another part of it from actually vibing with the culture and community of things. That’s the part that these big industries don’t get because they don’t care about that. Profit to them is the goal, not what entertains you.” 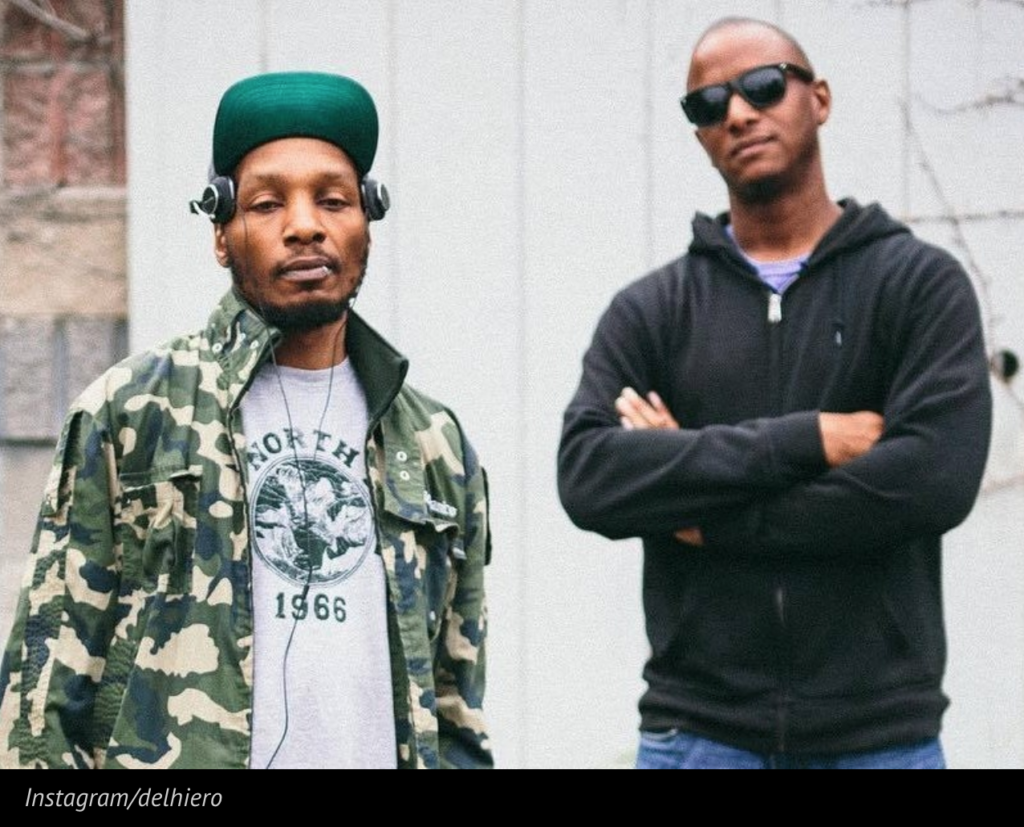 In addition to Gate 13, Del also did some work on the new Dr. Octagon album, Moosebumps: An Exploration Into Horripilation, the official follow-up to the 1996 cult classic Dr. Octagonecologyst. He scrubs in on the track “Deltron Meets The Doc Pt. 1.”

“Kool Keith [of Dr. Octagon] is one of the main reasons I rap today,” he admits. “Before I thought I was too different to be involved. Then, I came across Ultramagnetic MCs, and all the ideas that my friends thought were dumb they did, and did it extremely dope. So, after that it was on.”