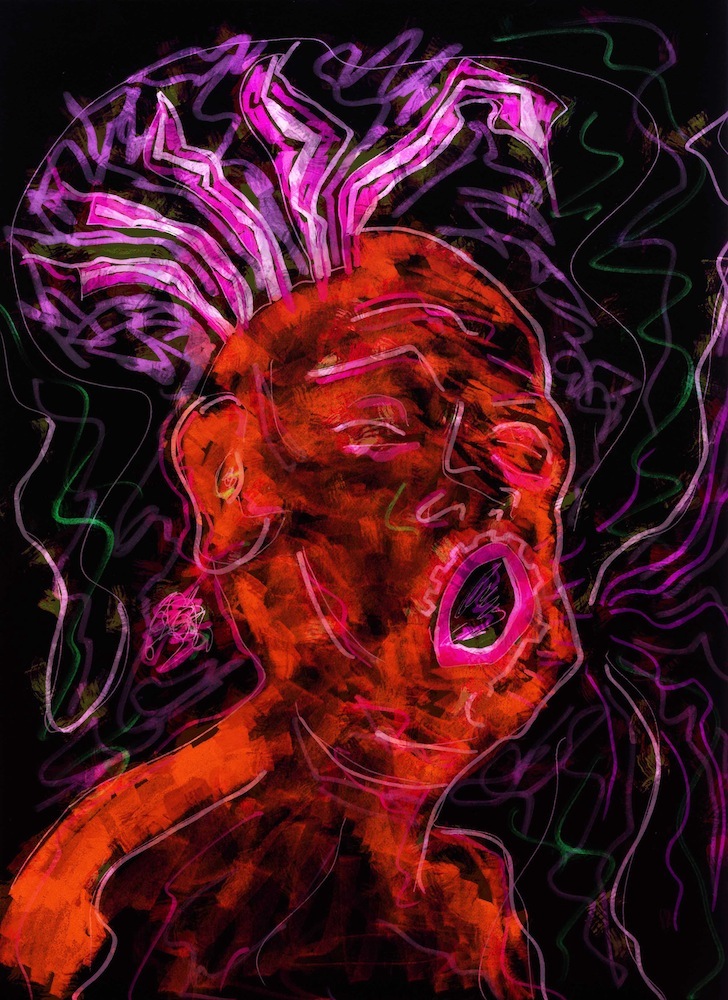 Author of The Power of Myth Joseph Campbell said, “People say that what we’re all seeking is a meaning for life. I don’t think that’s what we’re really seeking. I think that what we’re seeking is an experience of being alive, so that our life experiences on the purely physical plane will have resonances with our own innermost being and reality, so that we actually feel the rapture of being alive.” Carl Unruh, local photographer and post process master, describes this existential theory of living as one of the inspirations for his art. His body of work is primarily made up of black and white portraits that successful transcend the picture plane and tell the viewer a brief yet powerful story.

Carl graduated from Lesley University with his masters in Psychology and just recently moved to Greeley after working at a behavioral health institute for many years. He also has worked at North Range Behavioral Health here in northern Colorado. Being a psychologist it is no surprise that he has the eye for catching individuals in his photography at just the right emotional moment. The viewer will be able to let their mind wonder at what the subjects of his photos are feeling, where they might have been earlier that day, or where they are going etc…. The real artistry comes from Unruh’s ability to manipulate his photos to suggest feelings to the viewer. 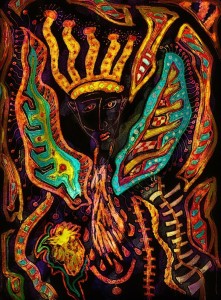 His cityscapes and casual pictures of waiting rooms and mall lobbies are strong in composition and use of pattern, and although they are highly photoshopped, it is done with a painterly purpose in mind that reads in a clean and professional way.

Waking up early in the morning and enjoying a cigarette while listening to hours of music gives Unruh inspiration. A plethora of his multimedia pieces are named after songs and mythological references such as: “Uninvited” a song by Alanis Morissette, and Abraxas, an album by Santana and the name of a mythological God.

He also dabbles in oil, and watercolor painting. These vibrant doodles are created mostly when Unruh is angry, sad, or just plains need to release excess emotion, and it shows. There is so much energy jammed into his mark making that the viewer will want to rip away the frame and let the lines run off the page.
Over all, Unruh is interested in humans. He loves people and having a life time experience of unpacking the emotional baggage of others, his art is an outlet for himself as well as a way to continue to understand the different masks people have to wear in this harsh world as a means of protection. Check out his show in August at Café Panache and at Bluecanvas.com/carlunruh 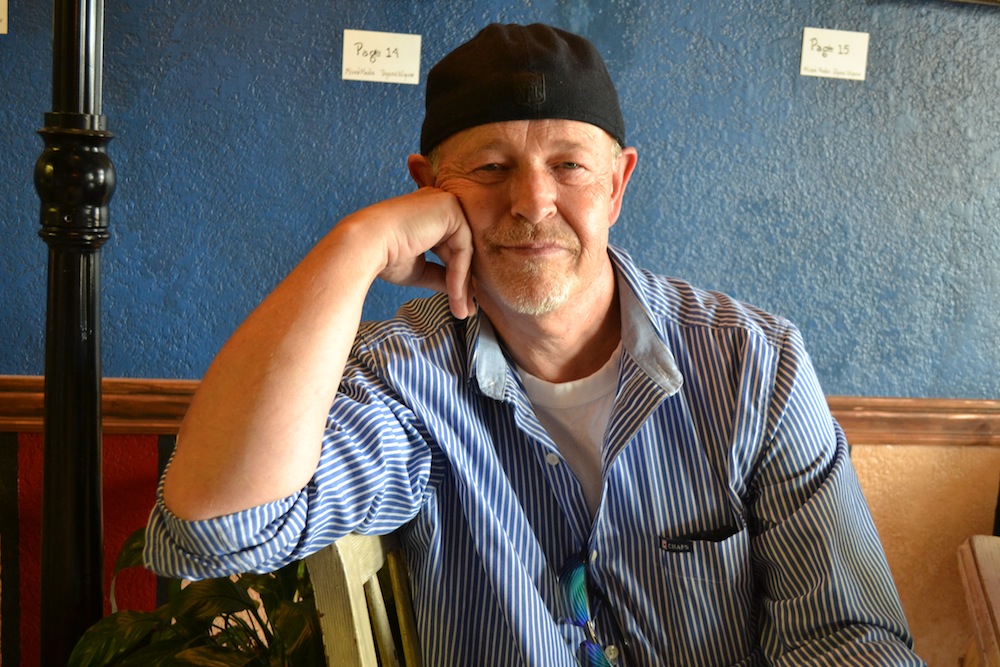