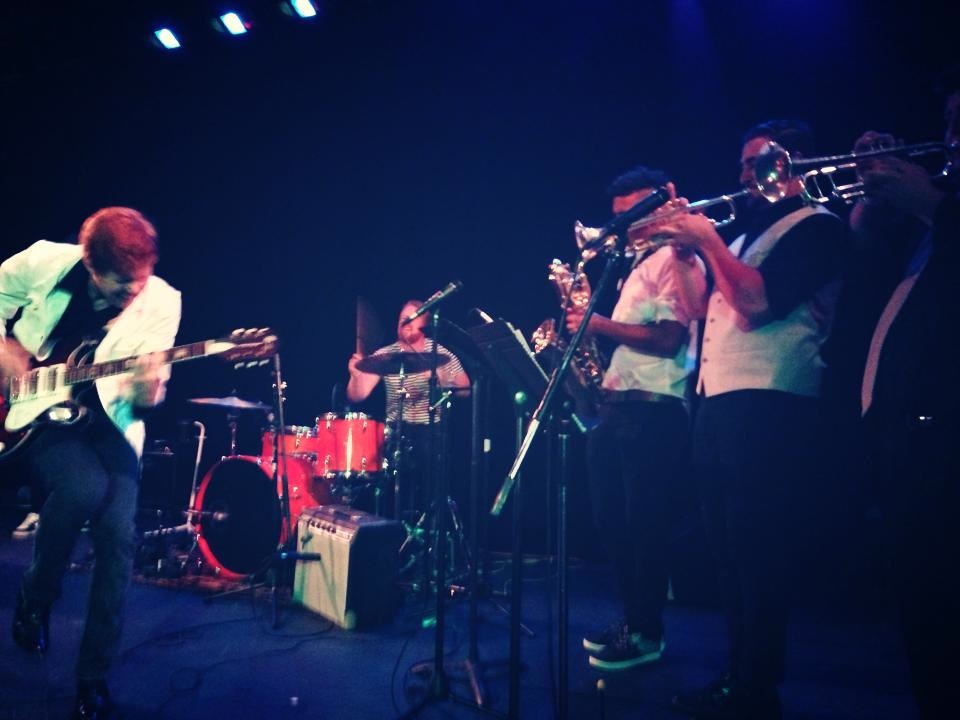 Johnny Burroughs, self-proclaimed preacher’s kid, grew up playing church music and listening primarily to soul music, doo wop, and the Raisins. Immersing himself in these genres, Johnny honed his musical talents by forming different bands over the years, building a strong local following.

It wasn’t coincidence, then, when Greeley’s trumpet extraordinaire Craig Basarich came to Johnny wanting to play soul music. John immediately echoed the sentiment for collaboration, having intended to jam with horns and other instrumentalists for quite some time. The Burroughs was formed, named after the talented brothers Josh and Johnny Burroughs, the band’s bassist and guitar-wielding frontman, respectively. A supergroup of UNC students and graduates came together to create the group’s soulful sound, fueled by a brass section of two trumpets, a trombone, and a saxophone as well as two guitars, bass, and a rockin’ chick drummer.
“We’re just really excited to jam, to play and have fun and dance; to just enjoy music. That’s what this is about.”

Anyone who has seen The Burroughs play can testify to the powerful experience of their live performance, and they are definitely a band you’ll want to check out at this year’s Block Party and beyond. To hear more about this new band’s upcoming plans, like The Burroughs at facebook.com/TheBurroughsSoul.