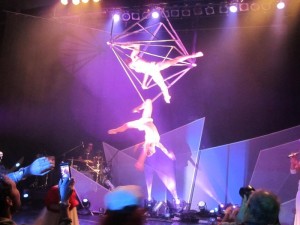 Musician, composer, and designer Anthony Magliano has lived art ever since he was a child. Seven years ago he collected an ensemble of multifaceted artists to create the sensory experience known as Quixotic. With technological improvements made to projection mapping Quixotic has experienced a surge in popularity performing at Wakarusa, Electric Forest, Wanderlust and the 2012 TED Conference.

In an era music saturated in synthetic sounds its always pleasure to find artists who can successfully incorporate classical sounds with new technology. Axs, released in 2012 includes songs like “Maya” and “Synergist” that would win the approval of even the most devoted bass head. Their music is refined it has a very orchestral quality that flows into hard drops keeping the listener moving.

The core team includes dancers, choreographers, make up artists, costume designers, lighting technicians, and musicians. They are the collaborators invited to the core based on sustained creative effort within the group. It is this collaboration that makes Quixotic so unique. The dancers move flawlessly with the lights and lasers, each movement enhanced by exquisite costumes and bold makeup. Acrobats descend from stage scaffolding contorting their bodies as musicians perform live below. Arise attendees can see Quixotic Thursday night and Satuday night on the Center Stage there will also be several opportunities to attend movement workshops with choreographers at the workshop village. 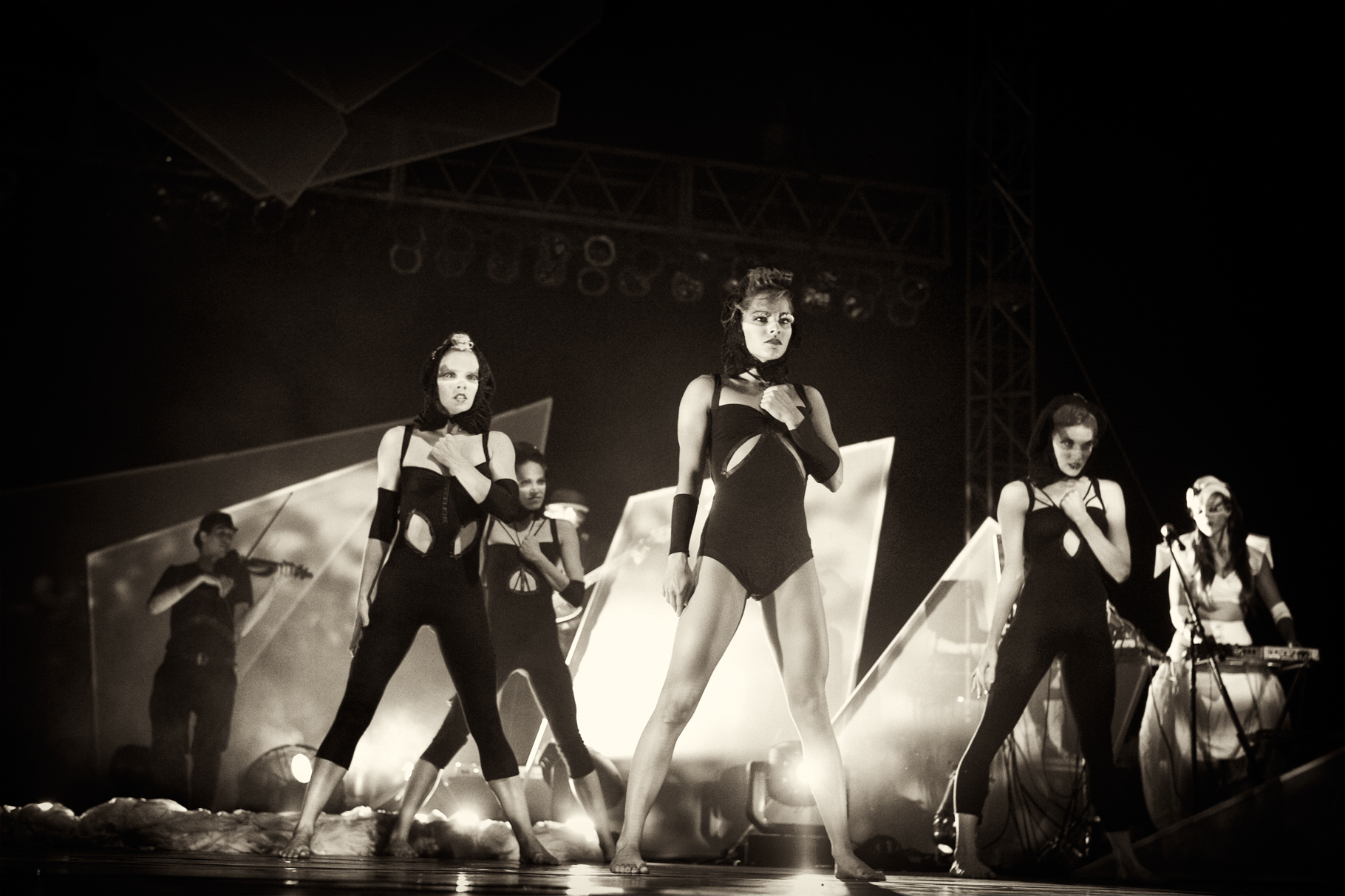