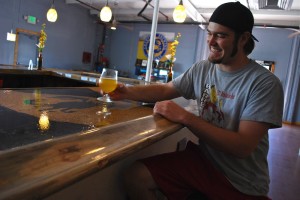 Bassist and vocalist for Trichome, Dave Frediani, began homebrewing a year ago and has found a perfect blend of music and beer with the introduction of Crabtree’s new brew: Trichome Colorado Wheat.

Frediani has been performing with Trichome while also working for Crabtree Brewery, which has been serving Greeley with their own regional brew since 2003. “When I first worked at Crabtree it was a humbling experience with a casual feel,” Frediani said. “Since working here, my pallet and love for beer has been growing.”

Frediani’s hard work and collaboration with Crabtree has payed off, leading to the tapping of the Trichome Colorado Wheat. The summer wheat brew came out on May 4th and was celebrated with a performance by Trichome.

To some it may seem as though Frediani might be using his brewing talents to promote the band, but neither Frediani nor Crabtree’s owner, Jeff Crabtree, think there are ulterior motives other than making the finest beer for the patrons of Greeley. 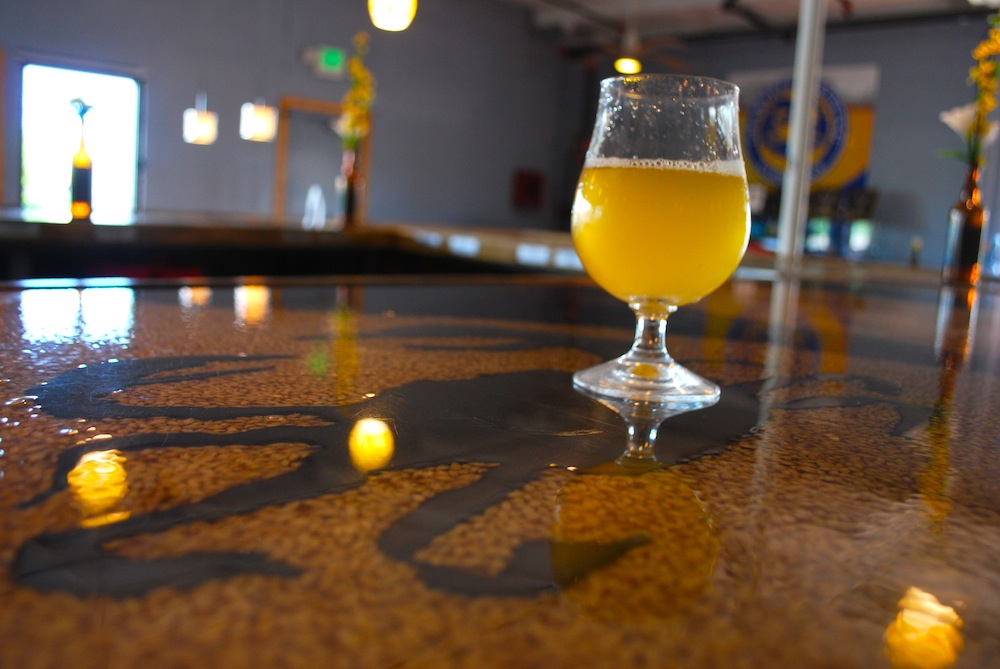 “When I first meet Dave I saw his passion for beer, music, and everything he does. I didn’t think there was a marketing gimmick. It boiled down to having phenomenal brewers,” Crabtree said.

After Frediani experimented with passion fruit, melons, and other fruits, this beer has landed on a clear mango taste, perfect for the upcoming summer. It is light in flavor, yet heavy in hop-aroma, idealistic for Colorado brewers and consumers. The bouquet of hops, fruit, and sugars also gives this beer a citrus-like quality with a superb effervescence.

“I wasn’t looking to follow a particular style or flavor guideline. I wanted to get a great texture and feel for the beer. I came up with the idea of the flavor with Colorado in mind,” Frediani said.

“We have turned into an organization of passion and being passionate about making craft brew,” Crabtree said.

Passion holds an overall theme to both brewing beer and creating music. Combining the two has showcased just how far Crabtree and Trichome have each come into the spotlight of northern Colorado. While Crabtree continues to serve Greeley, Trichome continues to make themselves known by performing mini tours over the summer with approximately five gigs per month.

While hauling kegs around in the back of Crabtree’s tap room, Frediani said, “We just got back from a show down in Moab that went well. We are getting ready for a showdown in Denver this next Monday.”

Another notable performance from Trichome includes a hemp Festival in Sturgis, South Dakota that promotes and teaches about the benefits of hemp as a material resource. The band’s performances at this festival will be on May 31st and June 1st, followed by another highly anticipated show at the Mishawaka on June 22nd with the Motet.

“We are very excited about our opportunity to be on the same bill as the Motet. They have been legendary here in Colorado for the past decade,” Frediani said.

As summer begins there is nothing better than good music and a cold one. Hand-in-hand Trichome introduces a wheat beer as well as a musical wave of worldly sounds. As Trichome progressed, so had Frediani’s knowledge of beer, and similar to his path in music, it started with a humble and simple love for it.

Stay tuned, and thirsty, for what Trichome and Crabtree have in store this summer.