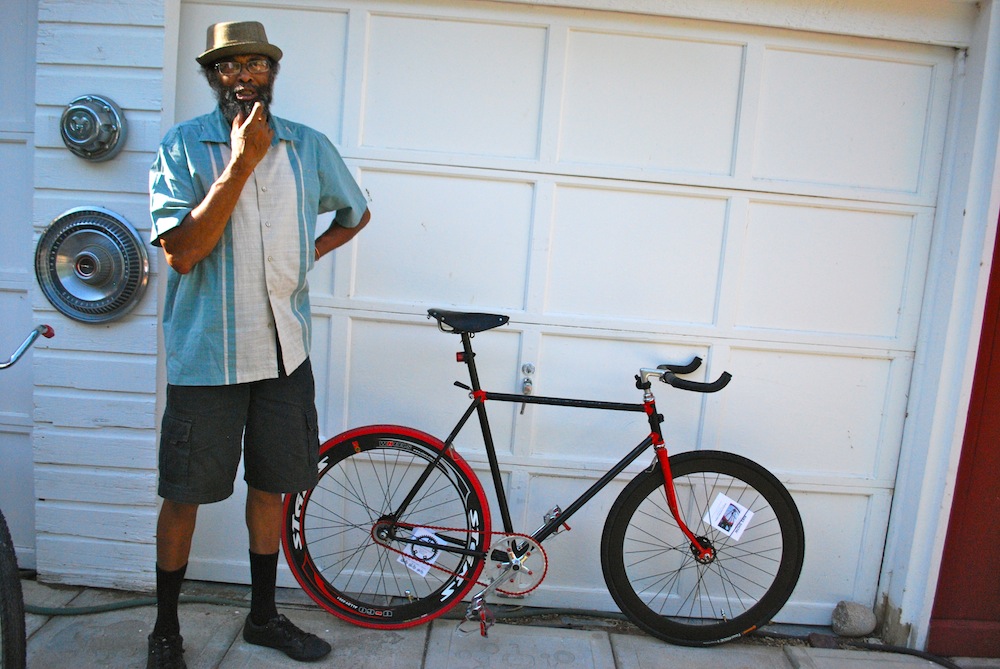 Rodney Barns is the President of the Madison and Main Gallery, which has offered gallery space to its members and consignment artist for twenty-six years. As one of the founding members, he has his masters and undergraduate degrees in the fine arts from the University of Northern Colorado.

Each year Madison and Main gallery does a members-only show. Their contributing members create art in their medium that revolves around a particular theme. Last years’ theme was motion. This years’ theme: bikes. Barns is the director of the show and has himself created pottery plates decorated with gear-like shapes.

For Barns, keeping physically active is a way to keep his passion for pottery going. He began running to stay in shape in order to haul his ceramics in and out of the kiln and all over the state to various shows. He took up biking around twenty-five years ago, but only got into the culture recently when the short-lived Greeley Revolution began in 2009. He found biking around town a unique way to get into the community.

They organized weekly rides, races, and bike battles for a culture that desperately needed to be cultivated in the Greeley area, but The Greeley Revolution went cold when it’s founder left Colorado to pursue his dreams. Nobody was left to pick up the torch.

Rodney Barns recognized this absence and did what he could to keep his new found community alive by organizing ‘Bikes on the Patio,’ an annual bikes-meet-art show that takes place on the patio of what is now The Blue Mug @ Margies. In an attempt to marry his two passions, Rodney has done his part to keep the cyclists and fixie fiends’ flame alive in a small, yet significant way. 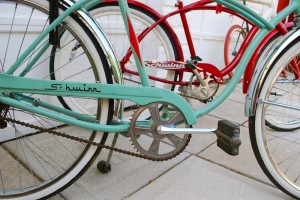 In 2011, the first show featured only fixed-gear bicycles, which were widely unknown at the time in Greeley except mainly to the members of The Greeley Revolution. This show was brought people into the bike community and they became more familiar with fixed gear bikes. The bikes were hung all around Margie’s patio area for the reception on First Friday and drew a crowd.

The show welcomed single-speed bikes in 2012, and a new group of people. A single-speed bike has a free wheel and the ability to coast, yet as its name suggests, it has only one speed. This year, on July 5th cruisers will be introduced into the Bikes on the Patio family.

“Part of the goal was to intertwine art and bike communities together. Bikes really just fuel my passion for art, you always gotta’ have that,” Barns said.

He explained that Bikes on the Patio intends to highlight individuality, and the freedom people have to customize their rides. This is also a reason fixed-gear bikes are his favorite: they are cheap to build, efficient, and easy to customize.

Come find a new cyclist community, and revisit your creative side July 5th at Madison and Main Gallery, 619 16th St. 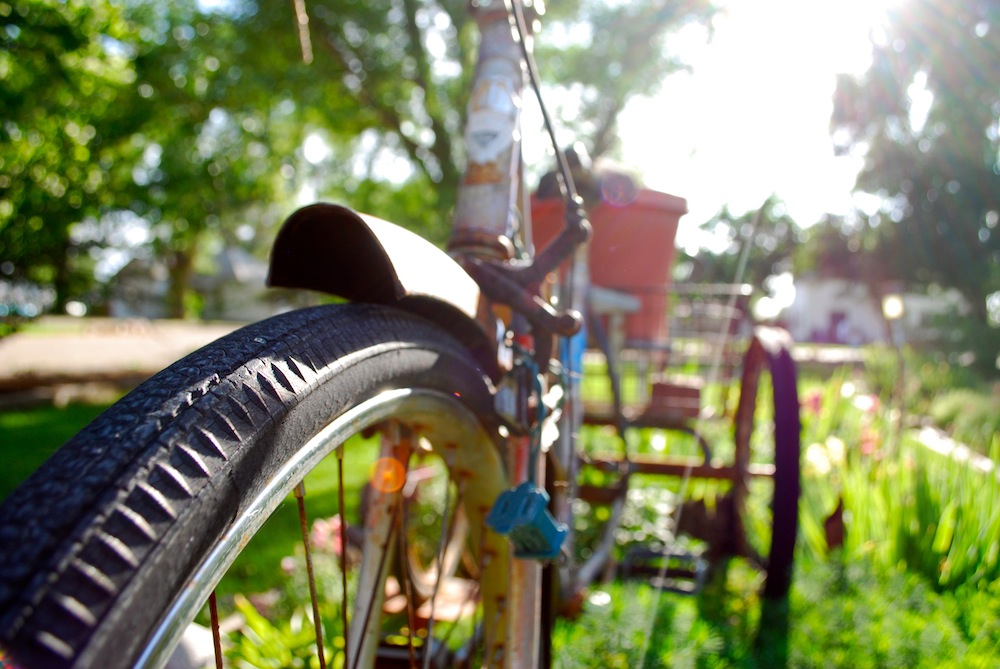