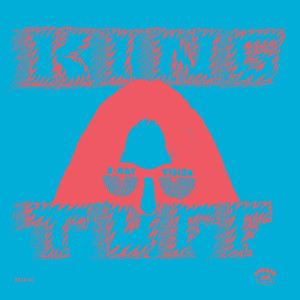 Surf punk has seen a rise in fame in recent years. But before acts like Best Coast and Wavves represented the scene, there was King Tuff. Kyle Thomas, the man behind the band, released Was Dead as his full-length debut as King Tuff in 2008 on The Colonel Records. Due to a limited pressing, the album received little attention. Last year, his eponymous album released on Sub Pop Records has earned him attention from national outlets like Pitchfork and Rolling Stone.

Was Dead, both then and now, is sublime garage rock. It combines lo-fi vocals with heavily distorted riffs and a surfy, often arpeggiated rhythm guitar. It is more laid-back than King Tuff, and fans who only know Thomas from his 2012 release will be pleasantly surprised by this rerelease.

“Sun Medallion” comes late in the track list but it epitomizes the sound of this album: Clapton-era Cream with massive influence from surf rock of the same time period. Oh, and lots of weed. Before King Tuff, Thomas played in stoner metal band Witch. Most of his music features references to the herb, including this track: “Smoking pipe / Thought I’d get away / But I can’t go anywhere without my sun medallion.”

The album opens with “Dancing on You” and a riff that serves as a perfect introduction to Was Dead. It starts softly, with just a repeating power chord. Then the bass kicks in. The chord changes and the drums come in as the lead riff takes over before Thomas croons the song’s opening lines. Like many of King Tuff’s songs, this one is about a girl. So is “Lazerbeam,” which follows it: “Oh I wanna shoot shoot shoot like a lazerbeam / And I want ya / And I want ya.”

One song that stands out is “Just Strut.” With its bluesy chord progression and two-step rhythm, this is a song to dance to. It’s very rockabilly. It feels a lot like “Last Nite” by The Strokes. Lyrically, it isn’t particularly deep—listeners shouldn’t expect much depth from this album at all, in fact, but that’s not bad. King Tuff makes rock ‘n roll. It’s supposed to be fun, not to make you think much.

With “Freak When I’m Dead,” Jefferson Airplane’s influence on Thomas becomes apparent. This song would have fit right in on Surrealistic Pillow with its fuzzy lead guitar that sounds like a Jorma Kaukonen acid flashback. The lyrics match the late ‘60s-inspired sound, like a hippie battle cry: “And any way the wind blows / Any way at all / Well you know I’ll still be a freak when I’m dead.”

If you were lucky enough to hear the original pressing of Was Dead, don’t assume that this edition just rehashes the past. Each track was rerecorded and is more polished. Without a doubt, this is one solid album with no low points to be heard. It’s due out on Burger Records on April 30th.