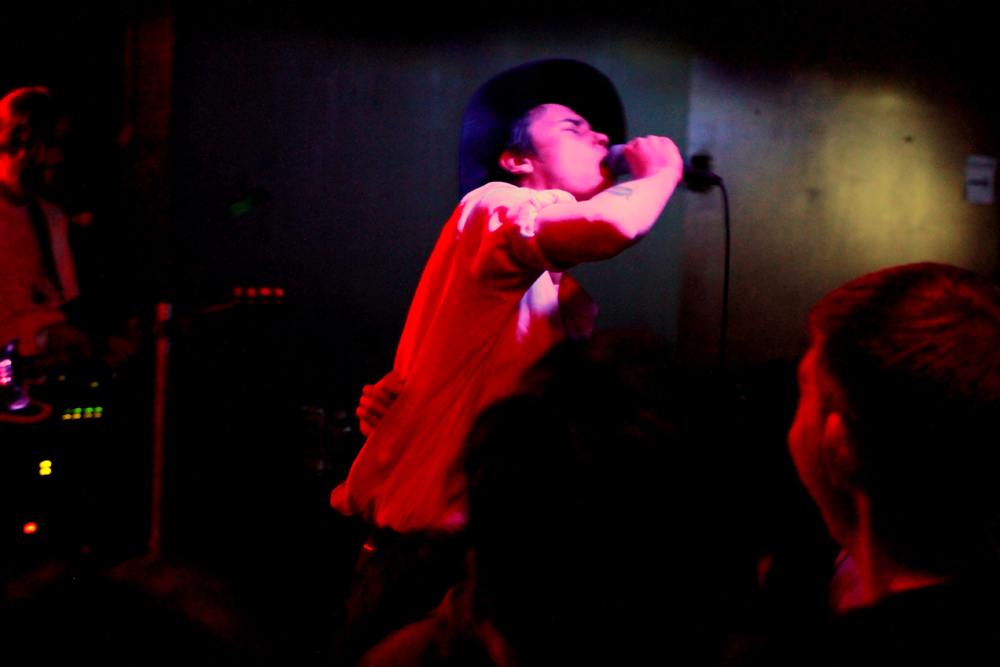 The Marquis Theater in Denver was filled with black T-shirts and denim vests last night as Iceage took the stage. The punk crowd patiently listened to the opening bands, but as soon as the four guys from Copenhagen came on, all bets were off. The crowd suddenly became wild when Iceage began their set with the first song from their new album, “Ecstasy”.

Good old fashioned moshing ensued as Elias Bender Rønnenfelt shrieked his intense lyrics into the microphone. All four members of Iceage were completely composed and playing right through the audience throwing drinks and pushing each other. The vibe in the Marquis completely complemented the music coming from the stage. Iceage exemplifies punk music without being gratuitous or angsty.

The band mixed it up, playing mostly songs off of their newest album You’re Nothing but throwing in a couple tracks from their first album as well. Everyone seemed to just be getting started when Iceage suddenly walked off the stage after finishing a song. The house lights came up, and loud, dramatic opera music began to play from the speakers. It seemed to be an intermission until their equipment began coming offstage.

Iceage sound just as gritty and impressive live as they do in the studio, and their stage presence was on the same par with bands who have been playing twice as long. But the show was far too short. The end of the show was abrupt and left the audience confused and wanting more, but Iceage rocked the songs that they did play with a special European finesse.

Photo by Ann Rairigh.
See more photos from Iceage at The Marquis Theater.