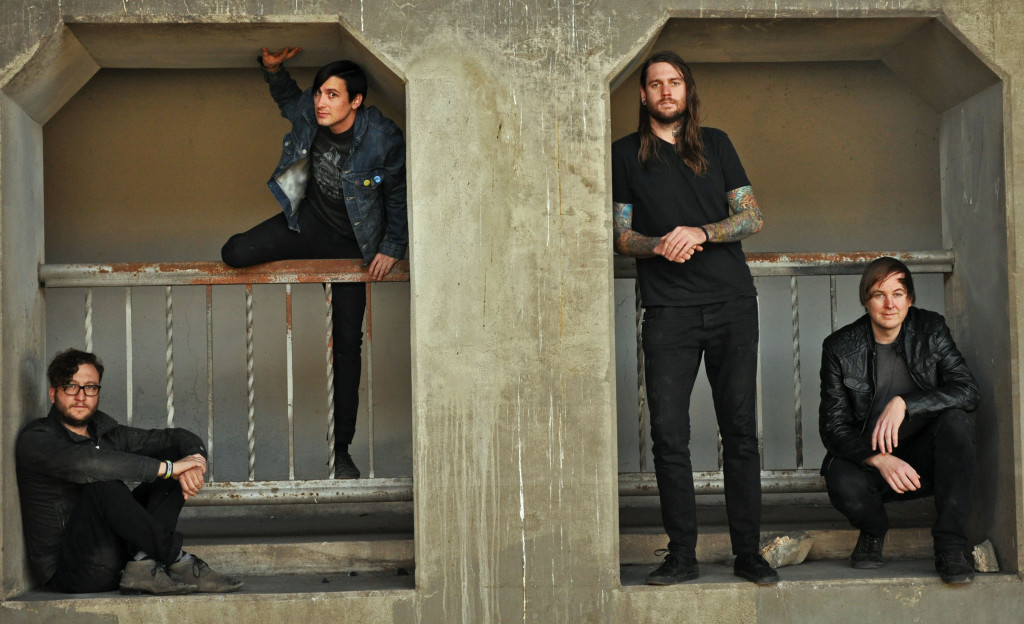 In a time when electronic dance music rules the airwaves, The Photo Atlas is refreshing proof that post-punk is still breathing and can serve the same demographic. Their unique style of danceable hardcore music has rocked bodies throughout Colorado and across the country. The band’s first full-length release, No, Not Me, Never, introduced these alternative rockers to the nation. Its fantastic follow-up, Stuck In A Honeytrap, is set to drop this month.

Frontman Alan Andrews’ distinctive half-screamed, half-sung tenor vocals mark the new album with a sound that fans will remember from their 2007 debut. Clearly influenced by the likes of AFI’s Davey Havok and Tim Kasher of Cursive, Andrews has an intense vocal sound that defines the energy of The Photo Atlas in a big way. “Shakin’ in My Skin” and “Dresscode” showcase his style on Stuck In A Honeytrap.

Andrews and William Threlkeld III both produced some powerful guitar riffs on this release as well. The lead melodies on “The Glass Crashed” and “Dresscode” are like pins and needles for the ears—in the best way, fitting of their razor-sharp sound. All of this is rounded out nicely by bassist Mark Hawkins and drummer Josh Taylor, whose driving rhythms create a sound that is equally danceable and moshable, which makes The Photo Atlas as appropriate for punk shows as for EDM crowds.

Live, the quartet is as animated as the recordings suggest, if not more so. Their frenetic performances infect audiences who at times run out of steam before the band does.

Their onstage vigor is also present in the studio, especially while making the newest record. “The writing and recording process were both a ton of fun. We pretty much got together and just tried to bring the most energy we could,” Andrews said.

Stuck In A Honeytrap was written at Denver’s Inca House Collective between playing shows on tour. According to Andrews, many of the songs started with a guitar riff and were built up from there, finishing with the vocals. “As much as it is for fun, it is also very calculative and heavily critiqued,” Andrews added. “We all try to push ourselves to the best of our abilities. And even though I might write most of the songs, every part is heavily valued.” 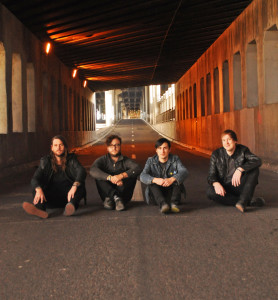 The effort put in by each member of The Photo Atlas is obvious. From the opening riffs of “The Glass Crashed” to the final fading chords of “Memory Like A Sinking Ship,” this is a strong release that shows off the talent of the group, both as a unit and individually. It’s clear these guys enjoy making music together. Listen to No, Not Me, Never and Stuck In A Honeytrap back to back and it also becomes clear that, though its style has not changed drastically, the band has grown.

“I feel like our sound has progressed, with crazier guitar riffs and interesting rhythms with the bass and drums, but has held on to what we started with. That drive and passion and dedication is what I think makes music good,” Andrews said. “With this new record, I think we got a little more into rocking out or more of an alternative rock world. I think the songs are part melodic, part rocking out, and part dancing. It’s something to just let loose and have fun to.”

No doubt fans will continue to have as much fun at shows as the performers have playing them. The Photo Atlas are addicted to touring and life in the van. They’ll have plenty of their fix this year, starting with a tour through the Midwest (hitting Omaha, Minneapolis, Chicago, and points in Kansas) before returning to Colorado. The West Coast will also be getting a taste of dance punk, with shows in Las Vegas, Los Angeles, and Arizona. The group also plans to perform at the South by Southwest festival in Austin, Texas.

“After that,” Andrews said, “we’ve gotta make our way out to the East Coast and try to spread our dance punk joy as far as we can.”

From the ardor they pour into live and studio performances to their dedication to touring, The Photo Atlas definitely work hard for their craft. Andrews explained, “We’ve always had the attitude that you’ve gotta go out and get results and not sit around and wait for it to happen to you. Put yourself in a situation for good things to happen.”

Even as they continue to tour in promotion of Stuck In A Honeytrap, they’re writing songs. Fans can expect to hear new material as the year continues, but for now the sophomore release is welcome after five years without a full-length album. It will be available for purchase on Tuesday, February 12th, and The Photo Atlas will play a CD release show at the Hi-Dive in Denver on Friday, February 8th.