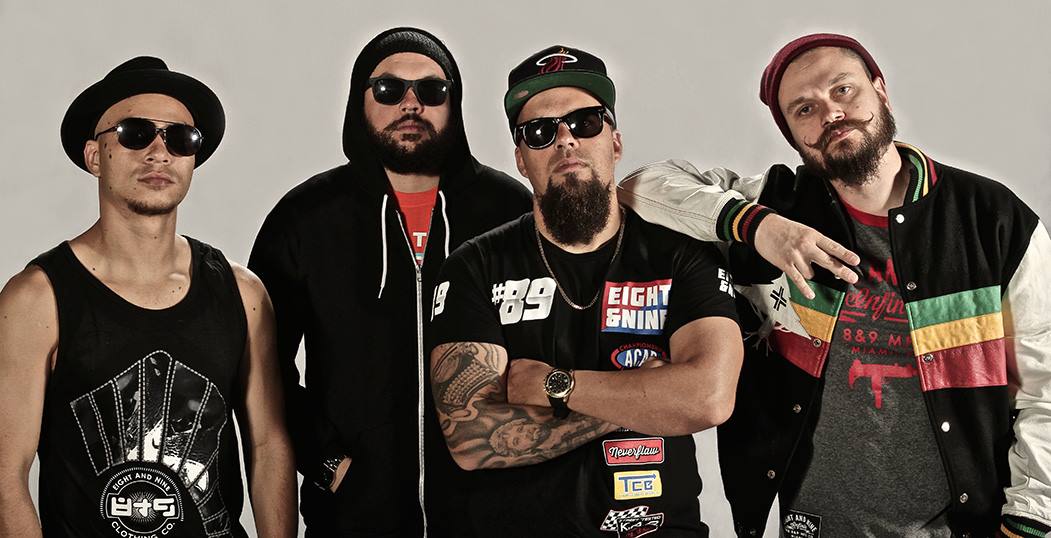 Miami-based rap collective ¡Mayday! never imagined a superstar like Lil’ Wayne would gravitate towards their music. But sure enough, while Lil’ Wayne was shooting a video for his rock-inspired album, Rebirth, the director suggested Mayday to appear in a video. Naturally, emcees Bernz and Wreckonize, and band members Gianni Cash, LT Hopkins, Plex Luthor, and NonMS jumped at the opportunity.

“Miami is a small place,” Bernz says. “Everybody knows everybody, especially in the music business and that’s also the case in the film business. While the video was being filmed, we knew we’d be bored in between takes on such a big shoot. We made sure to connect all the amps, which are usually left disconnected during shoots, so we could jam out in between takes. When we did, Wayne would freestyle and vibe. At the end of the shoot, he invited us to the next one and to play his ‘going away party.’

“Then on the next video we did with him, he took off what he was wearing and wore a Mayday shirt that we gifted him for the whole video,” he continues. “It was a crazy moment for us. And a complete wrap from there on out.”

At the time, Lil’ Wayne was about to serve his time at Riker’s Island. With that behind him, he’s moved on to other things while Mayday is steering the course to international recognition. In 2011, the band got another surprise when Kansas City-based rapper Tech N9ne asked them to appear on his Welcome to Strangeland album. Shortly after, Mayday was offered a record deal with Tech’s label, Strange Music.

“I think the combination of the music, live show, seeing us in the Lil’ Wayne and T-Pain videos all kind of turned into a momentum that Tech and Strange Music really connected with,” he says.

It’s almost a miracle they got out of Miami. The scene is typically dominated by DJs so at first it was tough to get noticed, but they had a plan of attack.

“The Miami scene was wide open for original hard working musicianship,” he explains. “A void exists in the live performance department. We came in like a megaton bomb and started doing a weekly show. It was initially at South Beach and eventually we moved the party downtown. We were selling out shows from the get-go. We cut our teeth playing after a DJ in a dance club type setting so that morphed into the high energy style we have.”

Currently pushing their sixth studio album, Future/Vintage, the guys are anxious to get back on the road.

“I like the energy exchange with the fans, the release of adrenaline and the opportunity to see our music have legs to go places we physically have never been,” he says. “What I hate about performing is the hours away from your family and the day to day grind of traveling.”

Although he admits songwriting didn’t come easy for him, he’s learned a lot from mentors like Tech N9ne.

“I’ve always been enamored by songwriting and the process,” he says. “I started penning songs at a young age. At first, verses came easily, but that ever elusive hook’ was everything. Slowly and with a lot of practice, we finally got to a place where it’s a part of us and what we do.”

The new album is scheduled for a September 18 release. In the meantime, Mayday will be on the road, enjoying their whiskey and feeling gratitude for the position they’re in right now.

“It feels amazing and reaffirming,” he says. “I always knew through hard work we would be somewhere special.”