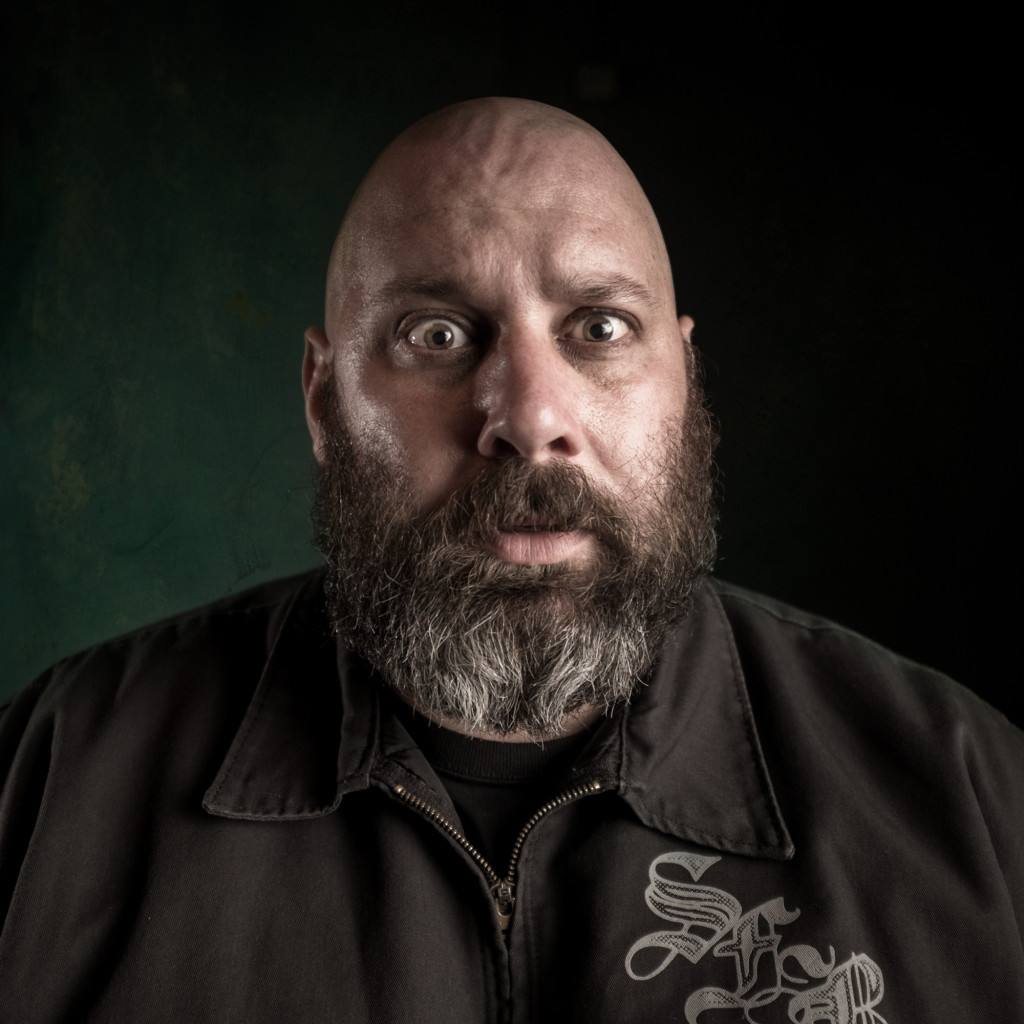 “I’m pretty sure that I’m as famous as I want to be,” Sage Francis says. “I can walk around and people for the most part won’t know who I am. That’s good. If I get the inclination that people are recognizing me in an environment outside of my shows, I get fidgety. I can tell when their eyes are on me. I start feeling weird. I’m good where I am. Normally the only time I leave my house is when I go food shopping and I’ll get recognized from time to time, but I’m more of known entity outside of Rhode Island than I am here. I’ve kept a pretty low profile in my state. I don’t know if that was on purpose, but that’s how it turned out.”

The Providence, Rhode Island-native, former spoken word champion, seasoned emcee and founder of Strange Famous Records has built a comfortable career for himself over the last two decades, but he would rather stay under the radar. Francis has never been one to seek out fame, it kind of found him. His incredible writing talent was undeniable. Coupled with a strong stage presence, it was only a matter of time before he attracted attention. Curiously, it’s the attention he tends to want to avoid. As a self-proclaimed introvert, he’s much more relaxed inside the fours walls of his home than he his outside in the world. However, that all goes out the window when he takes his first step on stage; he explodes with confidence.

“It’s a very comfortable place for me,” he says. “It’s probably the most comfortable place for me when I’m outside of my house. I don’t really feel comfortable almost anywhere else. Ever since I was a kid, I did love the stage, even doing school plays. Of course, there are some uncomfortable moments on stage. Sometimes I don’t know what I’m doing is what the audience wants to see or hear. So there are moments where I second guess myself, but it’s not frequent.”

Francis literally built his career from the ground up. Before the internet and “insta-fame” on YouTube, he was hustling his demos hand-to-hand. Beginning with 2002’s Personal Journals and culminating with 2014’s Copper Gone, he’s written his heart out. If you want to know Sage Francis, all you have to do is listen to his records. Copper Gone, in particular, addresses his anti-social personality, his feelings about the death of his stepfather and one failed relationship after another. “Make Em Purr” tells the story of one of his cats being ill, who he refers to as “his best friend,” but at the same time talks about his own self-imposed isolation. It’s the most brutally honest and beautifully dark tale on the record. Copper Gone was a long time in the making and in the four years he took off, he’s undoubtedly been through a lot since he began writing it. After all, that’s what life is about.

“Significant portions of the record were written in all different eras,” he explains. “I tend to hold on to phrasing, verses and song concepts through the years and I wait for them to kind of blossom into a full song. I don’t like to rush things. If I have a good idea, I like to sit on it and wait for it to, yeah, blossom into what it needs to be rather than push the issue. Some of those were written probably like 10 years ago, but it wasn’t just this one. All of my records are like that. I hold on to pieces of writing, production, music bits and I juggle all of them until they fall into place. Of course, I do writing on the spot to tie up all the loose ends. Once I really get down and dirty into recording the record, it took about a year of piling away and getting it situated.”

Released via Strange Famous Records, Cooper Gone is his fifth official studio album. Don’t think for one-second any amount of “fame” has gone to his head. He’s easily one of the most down-to-earth emcees walking this god forsaken planet. He’ll talk to his fans on Facebook or at one of his shows and he’s also extremely accessible to certain journalists, which makes telling his story that much sweeter.

“I feel like it was very important early on for me to establish that connection with the fans and let them know there’s a direct approach and way to support the artist,” he says. “That was actually huge as far as me coming up through the ranks and avoiding a lot of the pitfalls. Managers and a million middlemen ruins so much shit [laughs]. As a label owner and having to deal with managers, more often than not it’s so frustrating to see them fucking things up. If I had a direct connection to the artist, there would be no issues. As far as fans, a lot of hip-hop sites and media outlets a lot of people were avoiding me. I wasn’t making the type of hip-hop they wanted to hear. I was like, ‘Fuck it. I’ll build my own fanbase. They know how to find out what I’m doing. As long as I kept direct contact with them, we could grow the business and that’s what we did.”