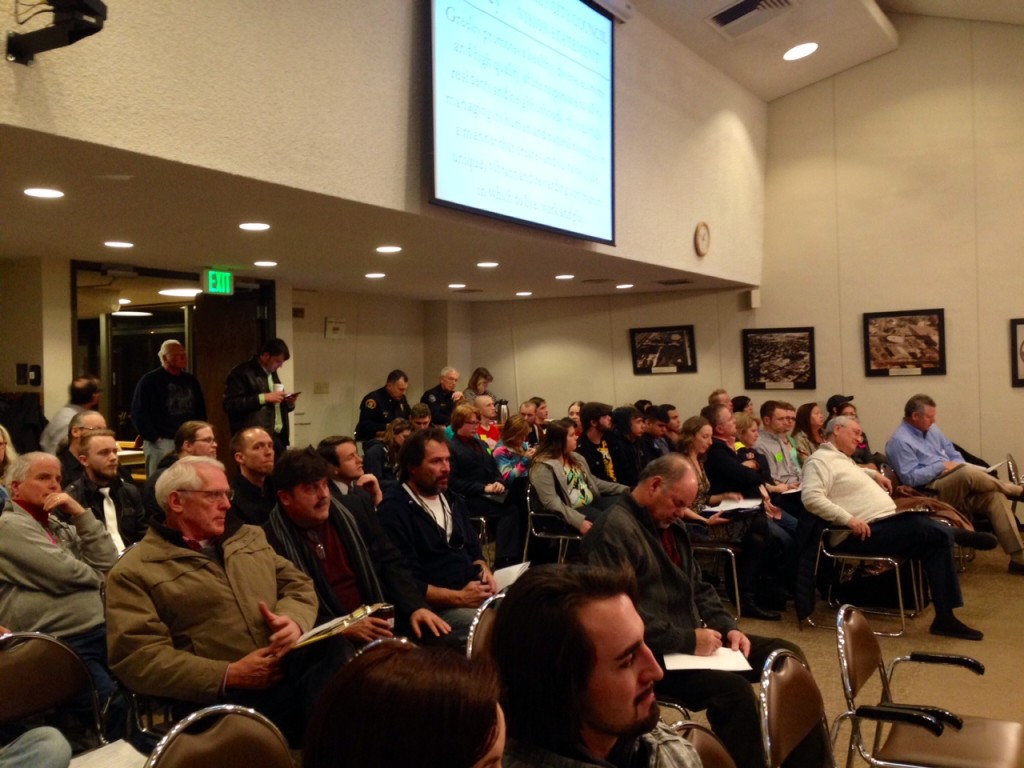 Greeley’s smoke-free law, an ordinance passed in 2003 (9.44.020 of Greeley’s Municipal Code), was motioned to include electronic smoking devices in October 2014. The ordinance prohibits smoking where second hand impacts can be experienced by bystanders. The citizen-initiative was brought to city council to expand this definition to include e-cigarettes and vaporizers, but wasn’t decided and passed until Jan. 20 with a 6-1 vote to ban the use of e-cigarettes in public places.

If you want to vape, you have to do it in the comfort of your own home or 15-25 feet away from the entrances of buildings.

Independent vapor shop owners argued their business models needed to include in store participation of vaping in order to proficiently help patrons wanting to quit smoking cigarettes. This ordinance received attention at the public hearing that was set for Jan. 6 and representatives from both sides of the argument attended to voice their first amendment rights.

The hearing in the first week of January featured speakers from the Tobacco Free Coalition, the American Cancer Society, business owners, doctors, lawyers and boisterous individuals. It was the first time since the ordinance was proposed in 2013, that the public could pitch in their opinions.

The biggest issue at hand being the safety of bystanders and the possibility of second-hand emissions. It was unanimous that no one should be subjected to vapor unwillingly, including Dustin Barnett, owner of newly opened VaporCore, who said he agreed with 99.9% of the ordinance. He emphasized the greater picture to help the community of people trying to quit smoking and amend a clause allowing his industry for in store use. He calls vapor shops a sanctuary for those trying to quit.

“I’ve been in this industry for four years and I’ve dedicated my life to helping those get off an addiction that we’ve had for hundreds of years,” Barnett said to the council. “I’ve sent you information for the past couple of months. I’ve had many people that we’ve helped e-mail you. My biggest fear is that this will all fall upon deaf ears and misinformation can somehow win.”

Many general public speakers siding with Barnett agreed that the choice, to vape or not, was a pressing argument. Many felt that the issues of vaping in public and a successful business model were two different subjects and shouldn’t be included in the same ordinance.

Rich Boris spoke as a concerned resident of Greeley.

“I’m a non-smoker, don’t even really like the habit. But I have to say I think it’s unreasonable to disenfranchise and not accommodate a portion of the population that does smoke or wants to use vape products. I thought the smoking ordinance went too far… A vapor bar is a specific place, for a specific purpose, used by people who know what’s going on in there and if you don’t want to be around vapor then I do not think it would be a good place to go.”

Rebutting these statements of choice and concern about the reach of Big Brother into personal life, were scientific studies testing the emission from vapor devices showing that they were not beneficial. Rachel Freeman, who helps coordinate the Tobacco Control Program at the Weld County Department of Public Health, spoke in favor of the ordinance.

“The county health department with statutory responsibilities for all of Weld Counties municipalities, the scientific evidence shows that e-cigarettes are not regulated for safety and health. The published science reveals that the products aerosolize nicotine and other harmful chemicals in to the air and impact the health of users and innocent bystanders. Our position is based on published science and the evidence shows e-cigarettes pose health risks to both the users and bystanders.” 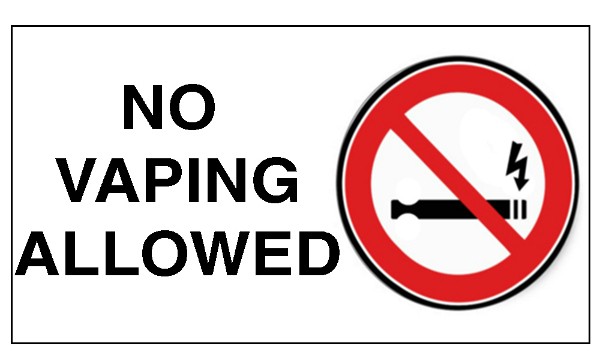 Doctor Douglas Armbrust who practiced radiology for thirty years in Greeley, is a member of the American Cancer Society and Tobacco Free Coalition, brought up the importance of protecting our young people from ever starting to smoke.

“I’m about prevention I’m not about cure. It’s a whole lot easier to prevent disease than it is to cure. Smoking, in this country, is the leading cause of preventable death.”

Five high school students, a part of PACT (Preventing Addiction Caused by Tobacco), discussed the image of e-cigarettes. Brandon Gelatt a student at Union Colony spoke for the group.

“E-cigarettes, for youth, are a lot easier to get addicted to because they look like the newest Apple product or the newest tablet out there. And the thought of a vape bar or a place where you can smoke communally, seems more like a social event to us more than anything else. So while we’re not able to go in, since we’re under age, we still want to… It seems like a hip social thing to do.”

Councilman Mike Finn spoke at the end of the public hearing expressing concern on the convoluted definition of smoking and how vaping needs to be a separate ordinance. He was the only member on council to vote against the ordinance as it was written.

“I think the confusion is that we’ve got a product here that’s tied to smoking that’s not a tobacco smoking product. In fact, the vapor market didn’t help themselves because what they should have called them was anti-smoking salons,” Finn said. “If they would have used that term, there wouldn’t have been such angst… And to suggest that this product is going to work its way through walls, through ventilation systems, imbibe itself into the building, I think is either ignorance or disingenuous.”

City council reviewed the research and commentary to come to a decision on Jan. 20. The chamber seats were empty as opposed to the standing-room-only atmosphere for the final reading on Jan. 6. They casted votes reaching a supermajority (6-1) in favor of the ordinance.

“I lean very heavily on the fact that the ordinance originally passed overwhelmingly,” Mayor Tom Norton said referring to the 2003 smoking ban. “The e-cigarette is simply an alternative way to deliver and was specifically developed to take the place of what had been regulated somewhat harshly. I know that we can’t tell people they can’t buy it. But I know that we can regulate it in such a way that doesn’t disturb or cause a problem to other people and their potential health.”