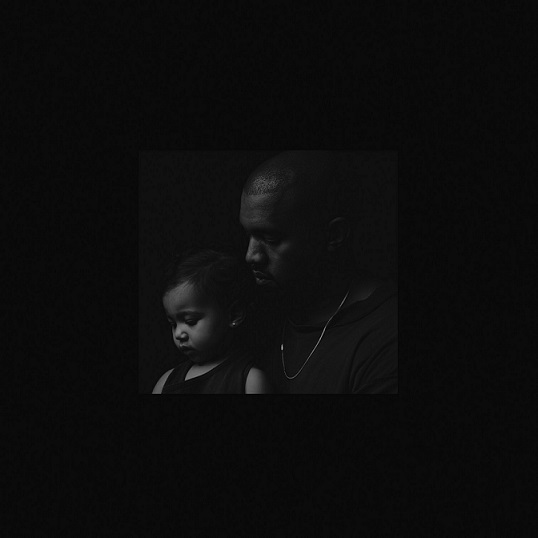 After months of posturing, Kanye West’s ravenous fan base have been chomping at the musical bit for something new. The details up until now have been vague at best, and frustratingly stingy. Sources close to West including funny-man Seth Rogen and musician Theophilus London have  generated whispers of secret and smoky listening parties, and a rough cut of the rumored single “All Day” was briefly (as in hours) featured on Instagram. Apart from that, fans only had repeated promises that the album was finished, and waiting for release. Well, folks, it’s 2015, and there’s no new album, but we do have a new single.

While a single might seem like small fries next to the promise of a full release, “Only One” is sensitive, minimal, and is without a doubt the most genuine track ever released by the artist. The song is written from the perspective of West’s late mother, Dr. Donda West. To quote Mr. West, “My mom was singing to me, and through me to my daughter,” Dr. West makes one heartfelt request, “Tell Nori about me.”

After the electric thrash-rap carnival that was Yeezus, “Only One” is a shocking choice of single, especially looking at his past choices, which almost always are the party tracks that the superstar is known for. Despite its obvious wealth of soul, some might consider it a bit sleepy for their taste.

Whether the track will appear on the album or not is unknown, as no final track list has been posted. Its possible we may see more McCartney collaborations in the form of a small batch of singles, similar to those that released prior My Beautiful Dark Twisted Fantasy.

The track started as a freestyle between West, and co-writer, Paul McCartney. Oh, had I not mentioned that? Yes, this supple and shining single is the result of “McCartney improvising on the keyboards and Kanye vocally sketching and shaping ideas in a stream-of-consciousness riff.” Additionally, it appears as though this is only the first of many tracks the pair have to share. The song’s press release also made mention of a track called “Piss On Your Grave” which was also briefly leaked via Instagram the after the release of “Only One.”