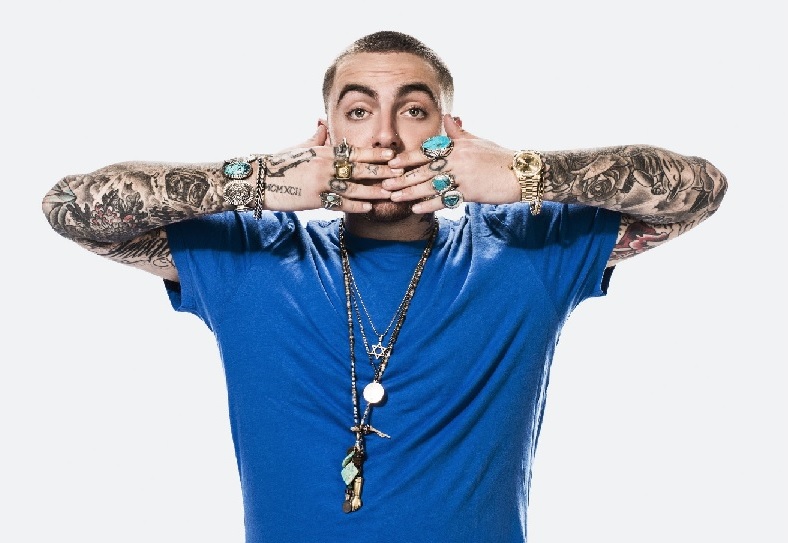 Talking to Pittsburgh native Mac Miller is just what you’d expect. He’s a smart ass, laughs a lot and appears not to take his career too seriously, but that couldn’t be further from the truth. Mac Miller (real name Malcolm James McCormick) is self-made and essentially a workaholic. He knew from an early age he wanted to make music for a living and he made it happen. As a child, there was never any doubt Miller was musically gifted. At the age of six, he taught himself how to play piano, drums, bass and guitar. His older brother was getting into hip-hop in the mid-’90s and soon little Mac was pilfering his albums.

“The Beastie Boys were like my first people,” Miller says. “I guess for a lot of white kids, maybe their first rappers are Eminem or other white rappers, but the first rap album I got was Outkast’s Aquemini. I stole it off my brother. My brother did go through this one phase where he was a huge Ja Rule and DMX fan. He used to have this sleeveless Ja Rule shirt. It was pretty awesome.”

Throughout the conversation, he says the word “white” like it’s a four-letter word. Whether it’s a subconscious insecurity or simply something he’s used to dealing with in the press, he’s quick to point out that his race really never entered his mind when trying to pursue a rap career. While everyone else saw color, he did his best to ignore it.

“When I was fifteen, I realized the fact that there were not a lot of white rappers out there, but I tried not to think about it as much as possible because everybody else was thinking about it,” he says. “To me, I just really enjoyed writing and I enjoyed rapping. I fell in love with writing verses. I had this dresser in my basement, and it was filled with so many verses, it was ridiculous. My first raps were big-word-only raps like, ‘the article barnacle anticartigal [sic] phenomenal geronimo [laughs].

“I wasn’t really set up to go to college,” he continues. “My goal was to make rapping a profession for real so I could make money and survive. By the time I was seventeen, I started to get a little buzz, so I barely went to school. My teachers were pretty cool though. They didn’t trip on me too much. At my school, you could basically choose if you wanted to learn or not. Senior year, I had an apartment right across the street from school. I would go to class sometimes, sometimes not. I barely finished at the end. I was pretty intelligent, so I was okay just getting by with the bare minimum.”

In 2010, Miller finally got a record deal with Rostrum Records. It was a dream come true for the young artist and soon he was in the fast lane; recording albums, doing press and touring.

“Obviously, the one thing you hear about the music industry is that it’s slimy and don’t trust anyone, yadda yadda yadda, but being from Pittsburgh, Rostrum was like the gatekeeper,” he says. “They had the connects. When we started getting offers from people, I used to bring it to them. They would say, ‘I don’t think it’s tight, or I don’t think it’s a good one.’ I didn’t feel comfortable working with people I didn’t know. I had known them for three years before we even worked together. When I was about to put out K.I.D.S., Benjy [Grinberg, founder of Rostrum] heard it and they wanted to sign me.”

Once he had a solid label backing him, he became unstoppable. With his second full-length album, 2013’s Watching Movies With the Sound Off, in the works, they started on promotion early. All of his mixtapes were promotion for the album. He had singles that weren’t even on the album that were selling thousands of copies. He had many naysayers saying, “Oh, Mac Miller is just some Internet White kid. He has YouTube views, but he can’t sell albums.” But he blew them out of the water and ended up with a independent number one album. He credits his “boy-next-door” quality to his success.

“A lot of kids liked me because I was the underdog,” he says. “I wasn’t rapping about being rich. I was just like one of you guys that liked to make music. So I think they kind of just supported me because it was direct from me to the fan, so they went out and bought like nine or ten albums. They knew that I needed it. I didn’t have big business. I didn’t have the funding.”

However, Mac Miller’s road to glory wasn’t paved with gold, at least not entirely. He had a few moments where he got out of control and his close circle of friends were worried about him—and rightfully so. Miller was dabbling in drugs and gaining a lot of weight. He says he was just experimenting, but from the outside it seemed he was walking the tightrope of addiction and harmless “fun.”

“When you’re young and you have a bunch of shit going on, it’s nice to take a vacation,” he says. “That was just my version of a nice vacation. I was zombified and not worried about anybody else. It was kind of nice, but it grew to the point where my friends didn’t know what to say to me anymore. I would just be locked away in my studio. I was gaining a lot of weight. I could just feel that I was very unhealthy. At a certain point, I got sick of the closest people in my life thinking I’m a piece of shit. Everyone thought I was super addicted to it. So I just stopped. It wasn’t like this huge battle.

“No one thought I would beat it. One day, two of my friends from Pittsburgh came over. I was in L.A. They were just looking at me, disgusted. They came for a week to work, and they obviously didn’t want to work with me while I was all on drugs. So I didn’t do any drugs when they were here, and I just started feeling better. So I just decided to put it down.”

Like a rubberband, Miller bounced back and continued on his rap mission. He started eating healthier and working out three times a week. While he’s no longer signed to Rostrum, he’s more in control of his career than ever. He dropped 2014’s Faces on his own imprint, REMember Records. At a mere 22-years-old, he’s a multimillionaire, which is something he also has to learn how to control. He recently made Forbes’ list of Hip-Hop Cash Kings for the third year in a row, tying for 20th place with Lil’ Jon, Rick Ross, J. Cole and DJ Khaled.

“Having money allows me to have a house where I have fun making music all day,” he says. “The Forbes thing—I mean, it’s dope, but every now and then, I like to be abstract, conceptual, and spiritual. It’s the complexities of dualities. Sometimes you want to be like, ‘Yeah, bitch, what’s up?’ It feels good every now and then. Back then, when I sought after that type of success, it was my way to tell everyone who saw me as this little White kid that was never going to make it as a rapper, well, I’m on that Forbes list. I thought that would make me feel super good to put it in everyone’s face and put in my own face. It really shows who somebody is by how they act when they get a lot of money. If you ask anyone around, I hope they would say I don’t carry that attitude. Someone said I had that rich-person glow. [laughs] Personally, I like to carry myself as the brokest rich dude you’ve ever known.”