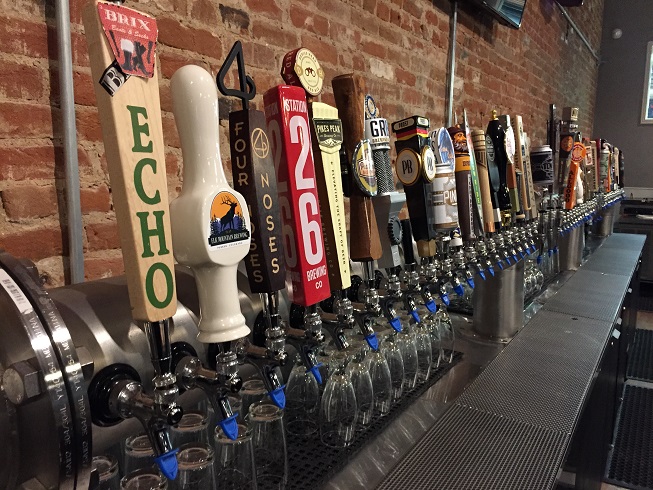 January 31, entrepreneurial team Justin Hiatt and Troy Milburn open the doors on their new business venture, Brix Taphouse. In an effort to stay true to their Greeley roots as well as continue the development of the Downtown Greeley area, the duo will be putting all their chips in and taking a gamble, on the revival of Downtown Greeley.

“We love it here,” says Hiatt, who was born and raised in Greeley. The bar will feature 60 different brews, all native to Colorado. The Brix team brings patrons the rarest and best beers in the state, saving them an onerous road-trip throughout the state in a search of over 200 localized breweries. Brix will also feature three “brewed in-house” beers.

In the midst of opening operations, BandWagon was able to sit down with self-proclaimed “Gambling Man” Justin Hiatt over a cool glass of Pikes Peak Brewing Co.’s Devils Head Red, to gain insight on Downtown’s newest attraction. He said, “We are doing this to give Greeley something they haven’t seen before.”

Upon entering the freshly remodeled building, my photographer and I spotted Hiatt and his beard hanging out in the back of the taphouse wrestling with a keg of beer. He asked for our help, we obliged, knowing that we would find ourselves in the heart of the operation. Inside the keg room we found a beer lovers paradise where all the beers were stored, tapped, and pumped throughout the labyrinth of taplines.

From the keg room, to the bar top, to the metal-worked tap system, Hiatt explained how he and Milburn built just about everything in the old mail building previously occupied by Consider it There. Both the Co-founders have a background in “building restaurants and breweries.” Milburn’s “real job,” apart from Brix, involves fabricating tap-systems for breweries around the state. According to Hiatt, on account of Milburn’s background, Brix will be able to offer a selection of brews from little known breweries around the state, some of which wouldn’t normally be available beyond the walls of the brewery. 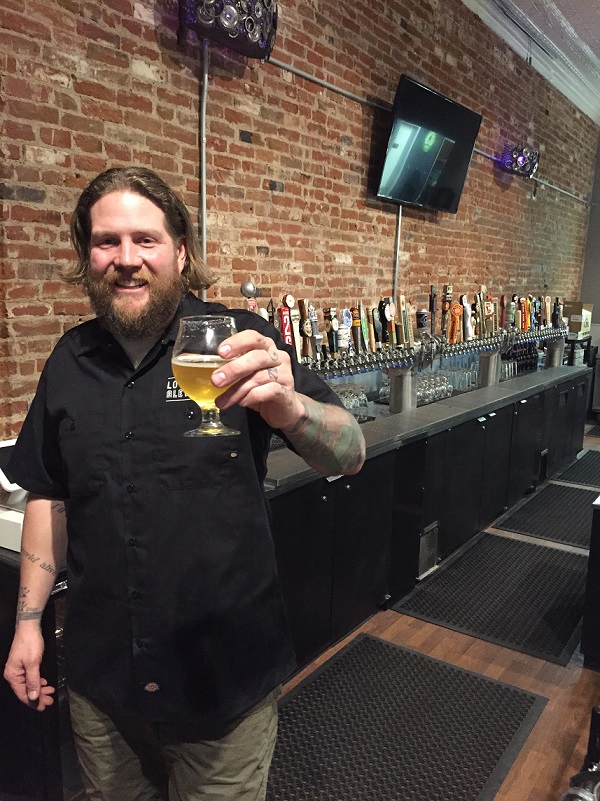 Hiatt stated that he and his business partner really tried to preserve the integrity of the rustic building during construction. Their goal was to make it look like Brix Taphouse had always been there. This was apparent while admiring the hand-made tables, which utilized recycled wood discovered in the basement.

According to Hiatt, Brix Taphouse will feature a “full blown tapas menu.” Offering bacon-wrapped dates, giant pretzels, sweet potato fries and more. Hiatt made the point that there will be no need to leave to get food. Just sit back, eat and bask in the river of beer that has been placed before you.

In regards to further plans, Hiatt said “there will be live music, art showcases, murals and epic Mardi Gras celebrations.” Additionally, every month Brix will showcase a beer collaboration between itself and another Colorado micro brewer. Brix is currently featuring a collaboration with Echo Brewing, a cinnamon infused stout named “Boots and Socks.”  A tongue in cheek shout out to, in Hiatt’s words, “All the hot women who wear big boots and socks!”

Throughout the interview, shimmering through Justin’s naturally calm, even keeled demeanor, was his pride and joy. After a year and a half long project Hiatt is excited to be opening the doors. Through all the hoops and hurdles all entrepreneurs encounter, Hiatt and Milburn’s tenacity, dedication to detail, and community of friends and family have brought about a dream that we can all soon enjoy.

Brix Taphouse will host its Grand Opening on Saturday January 31st and is located at 813 8th St. Downtown Greeley.