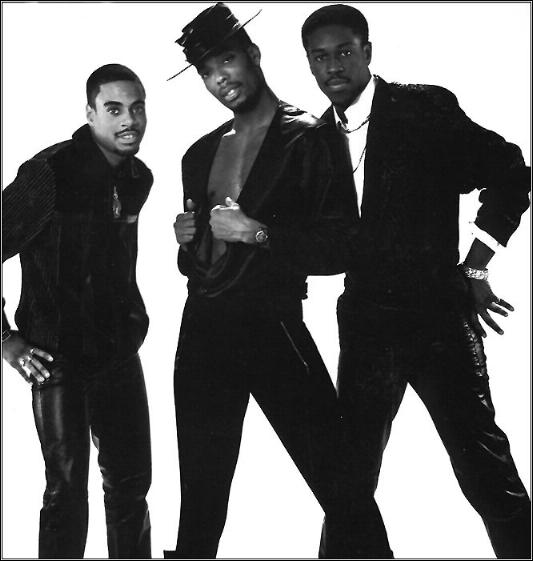 It was a big surprise to hear Grandmaster Dee wouldn’t be joining the other two members of Whodini for the Winter Wonderland Jam on December 6 in Denver. After all, as DJ for the ‘80s soulful hip-hop group Whodini, Grandmaster Dee carved out a permanent place for himself in hip-hop history with the celebrated group. Hailing from Brooklyn, New York, the trio’s second album, Escape, was certified platinum and delivered eight solid tracks, including hit singles “Five Minutes of Funk,” “Freaks Come Out at Night” and “Friends.” Unfortunately, due to a dispute over the Whodini name, the three longtime friends can’t quite commit to touring together again. Nonetheless, the show must go on. Whodini joins The Sugar Hill Gang, Ohio Players, Zapp, Newcleus, Slave, and Freestyle for a night of classic ‘70s and ‘80s funk, R&B and, of course, hip-hop, although a few musicians will be noticeably absent. Sadly, Big Bank Hank of The Sugar Hill Gang passed away November 11, 2014 after a long battle with cancer. It’s unclear how his passing will affect the future of the group. However, the remaining members, Wonder Mike and Master Gee, are still making the Denver trip. Newcleus also suffered their own loss when Chilly B died of a stroke in 2010. Nonetheless, they forged ahead and surviving member Cozmo D is looking forward to the performance.

Born Ben Cenac, Cozmo grew up in Brooklyn, New York in the ‘70s and ‘80s, which was around the time hip-hop was beginning to emerge. Needless to say, it was an exciting time.

“It was magic,” he says. “That’s all I can really say. We were just doing what we were feeling. It wasn’t about money. It was all about moving the crowd and expressing ourselves.”

Cozmo came up during the block party era, when people would get together on their block to play music, dance and hang out with other like-minded friends. He credits those block parties with carving his path.

“The block parties were everything,” he says. “I would not be doing what I’m doing now or any music if it wasn’t for those block parties. We started out as disco DJs, but as soon as we got enough equipment and hip-hop was hitting Brooklyn hard, we were rocking crowds with hip-hop. It transcended everything. Every night was an event. It honed our skills. We were feeling the crowds and giving them what they wanted. Half the time, you were battling someone else. You had to be on your toes. Eventually I got to the point where I was moving crowds with other people’s records. I started thinking I could do that, too. I wanted to produce and make music. It all stems from that. I still have the same attitude. I tell people all the time, I have a battle mentality.”

It must have been incredibly competitive back then. It seemed like all of the music being made was impeccably good. Groups like Whodini, Grandmaster Flash and the Furious Five, Funky Four Plus One, and Kurtis Blow were all coming out with their own distinct take on hip-hop.

“When hip-hop first came out, it wasn’t about stealing rhymes ‘cuz everybody stole rhymes,” he remembers. “It was about the style. Everybody was for a unique style, but everyone was trying to top everyone else’s style. A major difference between Uptown in the Bronx and Brooklyn was in Uptown, they had huge DJ and emcee crews up there where they would do routines. We didn’t do that in Brooklyn. Even though we were in a crew together, I was trying to do better than the next. Every time you got on the mic, it was a battle.” 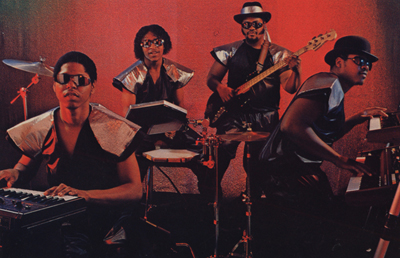 As Cozmo’s style started to evolve, he realized he was on to something. A precursor to Newcleus was the group Jam On Productions, which Cozmo founded in 1977. He was a teenager at the time and his uncontainable ambitions easily guided him. By 1979, the primary group’s members were Cozmo, Yvette “Lady E” Cook (who would later marry Cozmo), Monique Angevin and Bob “Chilly B” Crafton (who would later marry Angevin). The coming together of families inspired the name change to Newcleus. Their first big single was 1983’s “Jam-On Revenge,” which revolved around the phrase, “wikki wikki wikki.” It was originally just a joke.

“Remember, we started out as disco DJs,” he explains. “We had crew at one point with ten emcees and six DJs. There were two kats in our crew who scratched. Everybody else blended their breaks. So we battled this crew and there was a younger kat. He was really good, but we blew them out of the water. He came up to me and said, ‘Wow, you guys are bad! But I bet you can’t do this!’ And he goes, ‘Wikki, wikki, wikki, wikki’ like it was a movement he did with his hand. I said, ‘Man, get the hell out of here!’ That always stuck with me. Later on, when I was making music with our crew, I made a joke and that joke ended up being ‘Wikki, wikki wikki.’ That was it.”

While Cozmo is able to manipulate vinyl, scratch and do all the things that turntablists do, he’s not above using Serato or a CDJ every once in awhile.

“I have always used every tool at my disposal,” he says. “ It’s all about rocking the crowd. Right now, I just built a new DJ room in my basement. I have Technics 1200s, CDJs, Serato, and controllers in there. I have it all. Now if somebody just gets their laptop out, just selecting records and doing it poorly, you’re not DJing because you don’t know the basics of moving the crowd. There are kats I’ve respected for many, many years that now only use CDJs or only use Serato. I know they can scratch, but they use the tools around them to make the crowd move. As long as they keep the crowd jumping, I don’t care what they use.”

The fact Whodini and Newcleus are still doing shows in 2014 is a testament to the longevity of classic hip-hop. There will always be an audience for the people who laid the foundation for so many others. Although Grandmaster Dee won’t be with his Whodini brothers, he recognizes what they’ve all done collectively for the culture.

“Your career lasts when you gravitate towards the people, reach the people and get in touch with the people,” Dee says. “You keep it real and don’t hold back. That’s what they love. What makes me so happy still to this day is I can walk into a Sprint store or whatever and people will recognize me. They tell me they respect me for what I’ve done for hip-hop. That’s a blessing. You have artists that might just say what’s up and keep going. Not me. I want to share talks with them. It’s about keeping it real. Reach one, teach one. It’s all about love.”