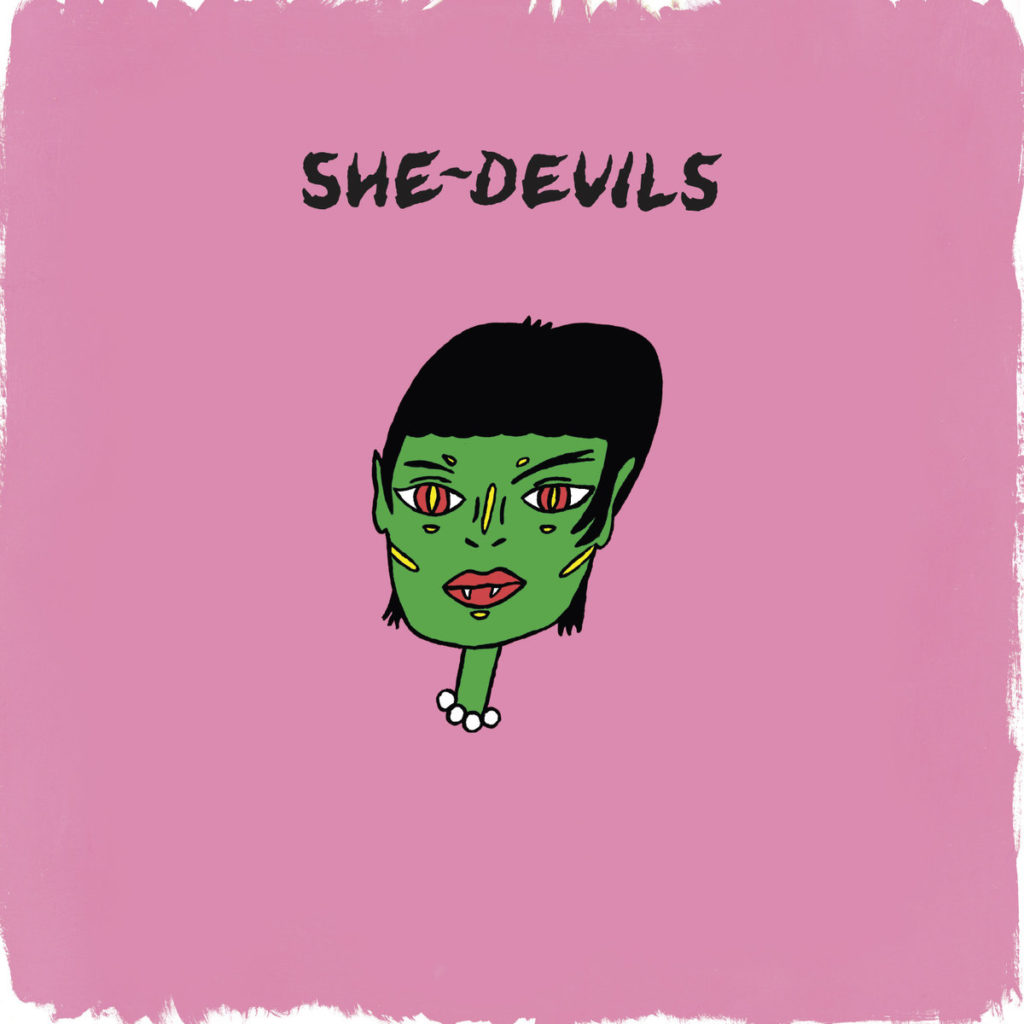 The self-titled debut from Montreal-based rock band She-Devils possesses a fresh eccentric edge and is a well put together album as far as composition, songwriting and singing is concerned.

Vocalist Audrey Ann Boucher said in a press release that she learned how to sing by “doing it, through intuition,” using vocal warm-ups she found online to train her reflexes. Boucher croons over Kyle Jukka’s layered guitars and electronic backing compositions with a smoothness and confidence that belies her experience.

She-Devils’ debut sounds like an electronic redo and remix of late 1960s songs that you can’t name, classic pop, rock and psychedelic, overlaid with Boucher’s soft, Rockabilly-esque vocals. It wouldn’t sound out of place playing in the background of Richard Linklater’s Slacker. It has an experimental quality to it, in that every track sounds different, yet there’s a very specific, identifiable aesthetic over the entire album.

In short, She-Devils self-titled debut is an experimental rock-electronica album that must be heard to be understood. It’s possesses a unique sound and a unique voice from a pair of relative new comers and it’s amazingly well-done. If you really want something different, give She-Devil a listen. Hell, they’re opening for TOPS at Larimer Lounge on Saturday, September 16, so if you want to hear them live, head there.