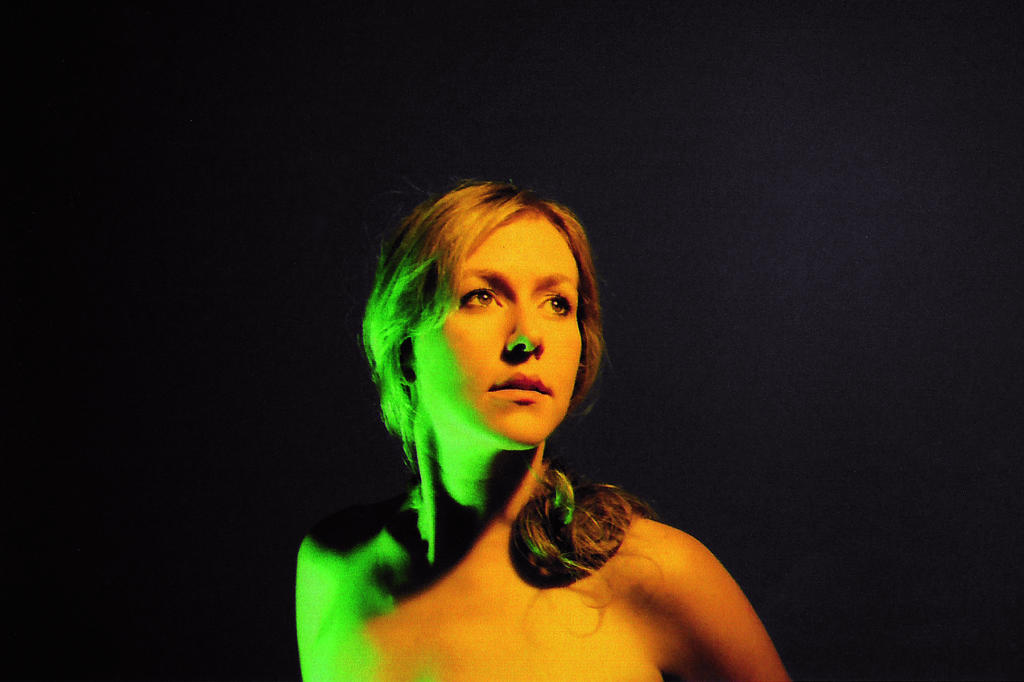 Greta Morgan Salpeter (better known simply as Greta Morgan) began playing piano at the tender age of three. With a classical pianist for a mother, Morgan has many fond musical memories, especially with her father:

“My Dad is tone deaf, but he loves music. So he always took us to musicals, and I actually remember dancing with him to motown in front of our juke box as kids.” You can sense the importance of these memories in Morgan’s voice

Music continued to be a fierce passion into her teens.

“It was this really amazing, life-giving thing to be able to listen to your favorite song before you went to bed and have it be the first thing you want to hear in the morning. I would just play out of joy and excitement every day, with no expectations.”

It was at 16 that her musical career began, as the keyboardist/vocals for the Decaydance signed The Hush Sound.

Two albums and four years later, The Hush Sound retires on a high note, and Morgan moves to her new band, Gold Motel, who went on to release two sugary 60s pop album. Now, Morgan embarks on her first solo adventure under the moniker “Springtime Carnivore.” Morgan cites her newest project as a chance to re-focus her relationship with music.

“I guess what I was ready for with this project was just the freedom to kind of experiment. I wanted to fix my relationship with music a little bit, because I feel like it had sort of become off kilter for various reasons. I just wanted it to feel more the way it did when I was a teenager.”

The effort is clear in the album. Long time fans of Morgan’s work will be able to note the maturity present in this performance. Morgan gives us a fun, lilting, flowing collection of tunes that would be better suited for a summer release. With it’s ’60s and ’70s charm, this album is best suited for sipping an icy drink and soaking up rays, or cruising highways with the top down.

The Springtime Carnivore debut plays cohesively, which speaks to the talent of its author, as some of its tracks were written back in her Gold Motel days, some after their break up. This time around, it was important to Morgan to let the ideas flow freely. Whatever ideas came, came as a result of her personal brand of organic musical meditation.

“The first song that I demo’d was ‘Collectors.’ So some of the early demo’s go back that far, like two years ago. So for this record, first thing in the morning, I would have a cup of coffee, and go to my rehearsal space, maybe play along to a few records, and then I would dive into whatever song I was working on for a few hours. It seriously felt like magic, just working in a trance every day, just hanging out by myself.”

Morgan makes a point to leave no musical rock unturned in this journey through her musical roots. The vocals fans have come to expect, twinkling and young, have since matured taking on a more affected, shimmering tone, which suits the fuzzed-out pop style of the album. Here, the artist speaks on her vocal choices, and the inspiration she draws from actor Jared Leto.

For now though, the 26 year-old is taking time to enjoy the another successful debut. “I feel really good about it right now. I think there’s always a process of releasing something and then outgrowing it, and that’s positive. So I’m happy now. Maybe in a year or two I’ll be ready to do the next one.”

Some of of Morgan’s favorite releases this year included the new albums from Angel Olsen, Sharon Van Etten and The Orwells, who she refers to as her “musical little brothers.” Springtime Carnivore is currently touring the West Coast, but hopes to return to the Mile High City soon.