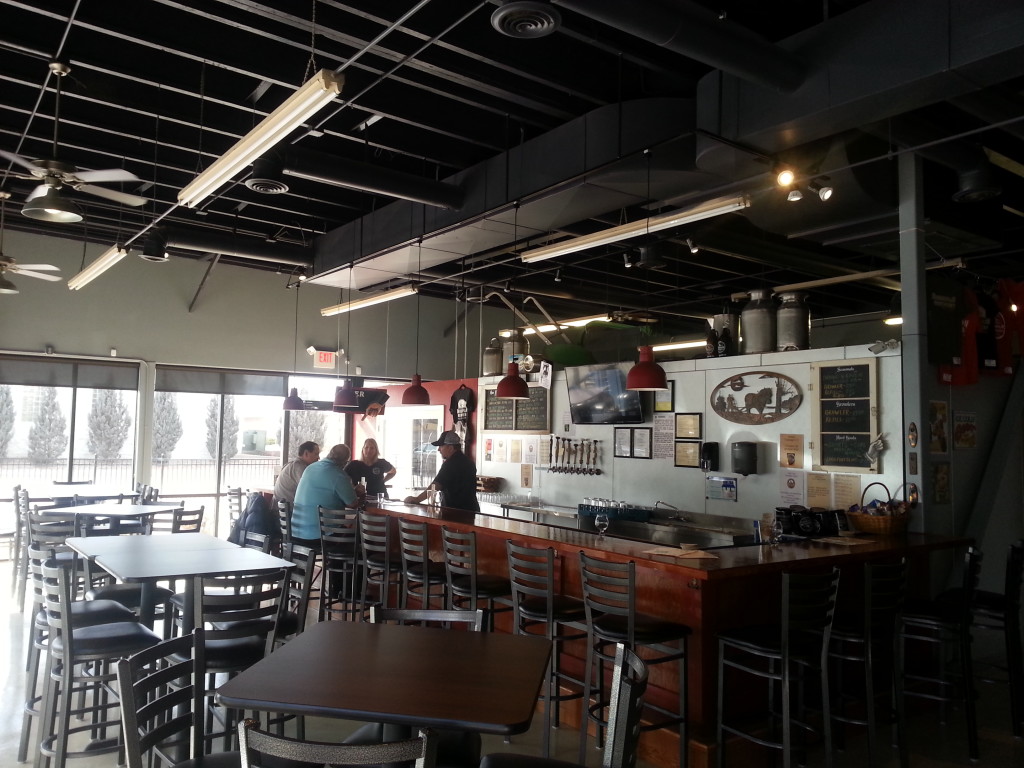 Greeley is currently home to Crabtree Brewery, Wiley Roots, and Syntax, but those living near 8th Avenue might not be aware of another brewery located in town on West 10th Street. The place in question is Broken Plow Brewery, which opened up back in January, brews ten regular beers and two seasonal beers, and while a few restaurants have some of Broken Plow’s brews on tap, you can really only sample their unique beers at the Brewery, located at 4731 W 10th St.

The brewery is run by Randy and Regan Waddle. Mrs. Waddle is the owner and manager of the tap room, while Mr. Waddle acts as Brewmaster. Mr. Waddle was a homebrewer for going on 30 years, making beer during the downtime he had while dealing with their farming business.

“[He] just thought we did the farmers’ market, farm thing for 25 years,” Regan Waddle said. “It was getting difficult for us physically – we’re not young spring chickens anymore – so he just thought, ‘if we’re going to do this-’ he wanted to go professional with the brewery for quite a few years now, he just thought now’s the time.”

Mrs. Waddle said that the brewery had a soft opening on New Years Eve, filling it to capacity. A couple days later, the brewery officially started.

The Waddles have six other employees helping them run the place. One of them is their son, Zach Waddle, who acts as head brewer.

“Everything I learned about brewing, I learned from my dad,” the younger Waddle said. “It’s fun at times. It can be a struggle working with family, other than that it just been good learning experience. Learned how to brew on a big system. Dealing with guests and stuff and throughout the evening nights that I bartend. Other than that, full time job.”

Zach describes his father as a major hop-head when it comes to beer, and the menu backs that up. Mrs. Waddle said that Broken Plow sells more hoppier beers than other breweries in town. Wheats, pale ales, stouts and porters. Their best selling beer is a particularly unique one – Signature Chili Wheat, a spicy, seemingly light beer brewed with Anaheim chilis.

Another person who’s worked for the brewery since day one was Vicky Kelly, an Evans resident originally from Alaska. Kelly met the Waddles through friends she knew in town, saying she did hit the basement a couple times to sample their beer. Kelly recommends the Desert Brown, describing it as being sweet, as well as the Deja Moo Oatmeal Milk Stout and the Two Rivers Smoked Porter, the later described as tasting similar to a Guinness.

While out of the way compared to the other breweries in town, the Waddles do keep in touch with Crabtree and Wiley Roots. Earlier in the year the three breweries collaborated on a beer for the Greeley Stampede, dubbed the Stampede Pale Ale.

“Randy actually already knew Jeff Crabtree from a brew club they both belong to, years ago,” Waddle said. “The brew club is still going, and it meets now. It’s been in Greeley for over 25 years, it’s called the Union Colony Brew Club. So they’ve known each other for a while. Kyle, from Wiley Roots, jumped into the scene about a year ago, and is a great guy. The three of them get together, and you can just see the wheels together. They’re planning another collaboration.”

The Waddles even helped Wiley Roots when flood waters were encroaching on the brewery earlier this year, loaning them empty kegs to save beer.

“When you did the tour and you taste the beer at each brewery,” she said, “and you’d get a little punchcard, and at the last stop, we had a special glass made that had the brewery’s’ logo etched on this glass. You got to keep the glass at the third stop.”

As of right now, Waddle said there are no plans for bottling or canning in the future for Broken Plow, and they’re not distributing yet. They do have Growlers for $17, refill for $12, and they also accept growlers from other breweries. For more information on Broken Plow Brewery, visit