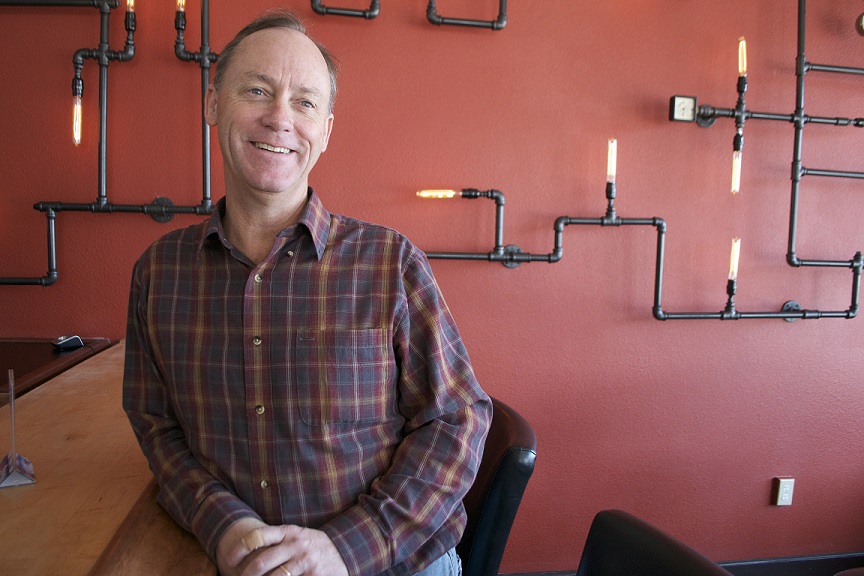 When thinking food in Greeley, a good grilled burger didn’t ring a bell in the downtown area until business owner Tim Veldhuizen set the trend opening up Moody’s American grill. Moody’s up on 8th Ave on the corner of the downtown 9th street block, adds some new flavor to Greeley’s taste buds, taking traditional foods and transforming juicy burgers in to gourmet lunch.

Tim Veldhuizen took a chance in opening a more casual restaurant downtown, after the great success of his cool upscale steak joint, The Chophouse on 8th street. He was inspired by the opportunity to cater a more casual burger and salad diner. He had decided on the menu, but needed to come up with a clever name.

“Looking at an old historic picture of downtown Greeley, we found a business called Moody’s Dry Goods,” Veldhuizen said. “It was actually just up from where the Chophouse is and I just loved the name. I just thought we need to keep Moody’s alive.”

After it’s opening in late November, the business is definitely alive, with insistent rushes at lunch and customers stopping off in curiosity driving up 8th Ave. Four months after the grand-opening, the restaurant runs smoothly and fits right in to the flow of downtown, which is in credit toVeldhuizen’s extensive experience in his career. Moody’s owner and operator has been an entrepreneur in the service industry for thirty years.

In 1986 when working on Master classes at UNC, opportunity struck in Loveland that allowed Veldhuizen to open his first restaurant. As a being of opportunity, Tim’s career hasn’t been limited to Colorado. After much success opening restaurants in our great state, he took an unconventionally detour from his persistence as an entrepreneur. His wife, who is from Argentina, and their four kids, moved 6,000 miles to South America in 2008.

“We sold all the restaurants, we sold all our earthly possessions, bought a Suburban and we drove all the way to Argentina,” Veldhuizen said. “We just had a wonderful adventure.”

A four month road trip and three year adventure included the opportunity of opening a restaurant in Argentina. The family started the Colorado Grill, where they cooked up American food and kept their Colorado roots close at hand while enjoying the people and culture of Argentina.

The exotics of South America couldn’t keep the Veldhuizen family away from a reality that “you can’t do the same business there that you can do in America,” he explained. The possibilities for life lead them back to the states. After a great experience abroad, Colorado pulled the family back to where business began again in Greeley, as circumstances welcomed them in historic downtown.

“I really think that downtown Greeley has a lot of opportunity,” Veldhuizen said. “It’s something that will continue to build in the next coming years.” 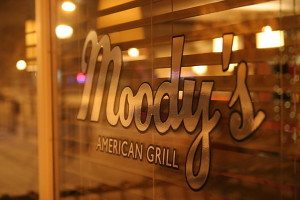 Owning two restaurants downtown, it’s clear that Veldhuizen is part of building downtown’s character and drawing in more life to the area. With the decades of experience, his optimistic outlook on Greeley’s growth gains him some credit.

Greeley welcomes the new blood as Moody’ opens just in time to gain its roots in growing downtown. Until opportunity calls again Tim Veldhuizen and Moody’s live on in Greeley from dry goods to feel good food.