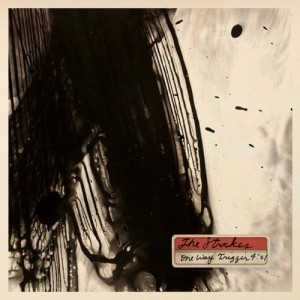 The Strokes released a new single today called “One Way Trigger.” Upon first listen you might ask, “Who in the left-hell is singing?!” It would seem Julian Casablancas is once again attempting to diverge from his usual drunken mumbling and occasional cracked yelping with an interesting falsetto. The sound overall is closer related to Casablancas’ solo album, “Phrazes For The Young,” with more keyboard-sounding guitar riffs. The guitar at some points almost sounds like steel drums on a Nintendo.

The Strokes did not tour in North America for their 2011 release, “Angles,” but instead rushed back into the studio to begin work on their next album which is slated for release later in the year. This is certainly an interesting track. They’re trying something new while still maintaining their iconic 16-bit guitar sound made famous in songs like “12:51.” Somedays it’s hard to explain what the first impressions will amount to when trying your luck with a new sound in this modern age, but you can take it or leave it the way it is. My advice: grab a juicebox, relax in the evening sun, under cover of darkness because life is simple in the moonlight, and give this song a chance because you only live once.