Devon Allman is a hard-working dad. Raised by his mother and growing up in the distant shadow of his father, Gregg Allman of the Allman Brothers, Devon didn’t have much of a relationship with his father until later in life. But he’s no stranger to the stage and is fully aware of the respect that his name commands. We chatted with the seasoned rock ‘n’ roll veteran about balancing fatherhood, legacy, and a little bit about how he has carved out his own musical niche.

Devon is home on a rare break from tour. Playing over 200 shows a year, he tours like crazy. The last time he took any significant time off was 2001 when his son was born. “I was 27 and had Honeytribe hoppin’ pretty good right out of the gate, doing some heavy touring and making our first record. When my son was born, I broke the band up. I didn’t want to tour. It’s pretty hard to tell your 2-year-old: ‘Hey, daddy will be back in 19 days and he’ll be home for 4 days and he’ll be gone again.’ Managers and agents called it career suicide, like: ‘you’re gonna be 32 when you dive back in – these opportunities aren’t gonna be there.’ I said that’s bullshit. Rock ‘n’ Roll might be my life, but my son’s way more important. We are as tight as two people can be because of laying that foundation.”

Gregg Allman passed away in 2017. Although Devon took his name, he didn’t meet his father until he was in his teens. “My mom kept me away from the drug years of the Allman Brothers. I’m very grateful she did. When I met my dad he was still having some issues with it. I think I was 16 – old enough, honestly, to get spooked-out by it. It certainly parlayed into my approach that fatherhood was going to be the exact opposite for me. And that’s not a bash on my dad – my dad didn’t have a dad. He didn’t know how to be a dad.” Being a father to a teenager himself, Devon Allman seems all too aware of just how formative those years can be. Usually, sons either take the opposite path from their father or follow directly in their footsteps, but he seems to have become a compelling mix of both. Juggling his own personal feelings about his relationship with his dad and the inherent publicity and expectations that come along with a name like Allman, Devon seems to have handled it exceptionally well.

“It’s a delicate balance, man. The last name might get some people through the door, even though it was only 30 people to begin with,” he laughs. “It wasn’t like I was packing houses ‘cuz I’m an Allman. You gotta bust your ass so that next time there’s 100 people. But now that my dad’s gone, people wanna hear those songs… It’s an honor. I feel it’s my duty, quite frankly, to go do my show and for the encore come out with Duane Betts (the son of founding Allman Brothers member Dickey Betts) and hit ‘em with a handful of our fathers’ music.” he said. 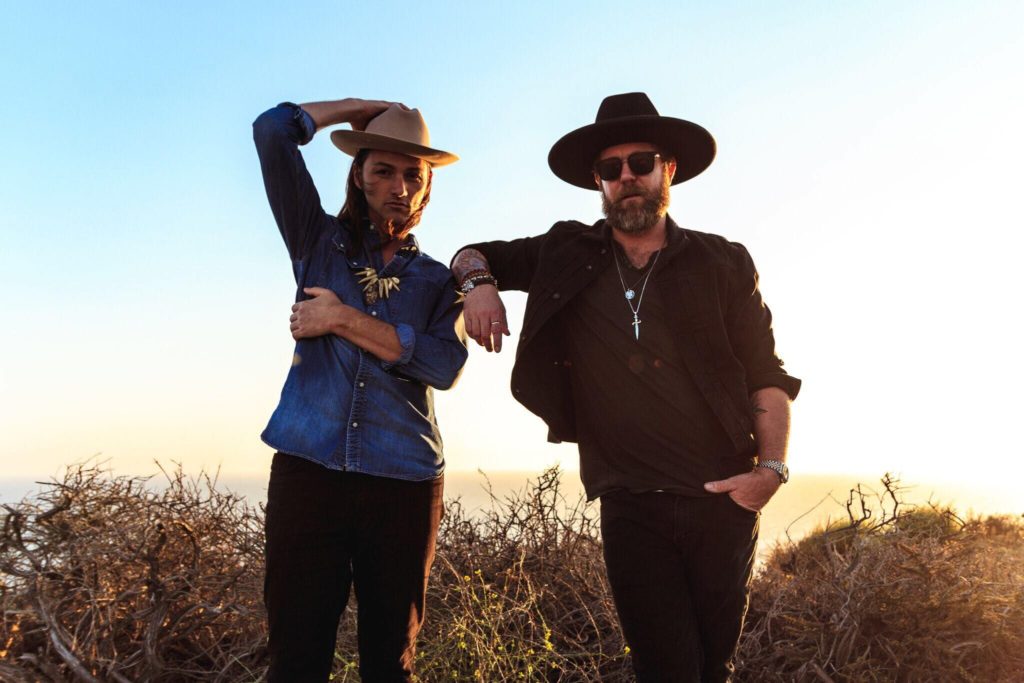 Honoring the music of his namesake may be on his agenda now, but that wasn’t always the case nor is that his shtick by any means. “Do I hire all the offspring of all the Allman Brothers members and go play Allman Brothers music all night? Well, hell no. We’re not The Allman Brothers. But after releasing 9 or 10 albums of my own and touring 30 countries, I feel confident about my body of work and I’m OK with it. ” Teaming up with Duane Betts, the pair are currently out on an Allman + Betts world tour which spans the next 5 months from the U.S. to Canada and the U.K. This is the first time Devon Allman and Duane Betts are billed together. We wondered what made that finally happen. “It was the right timing. My father passed and then Dickey (Betts, Duane’s father) retired. For Duane, he’s been a sideman (lead guitarist for Dawes, Dicky Betts) but was writing tunes that he wanted to sing. I said “dude – come out on tour with me and let people know that you’ve arrived. Then we’ll close out the show together and make some of our dads’ fans happy.”

In this context, Devon really is like a big brother to Duane. “Duane’s always been like a brother to me. We call each other brother. It’s no joke – the roots go deep. We have immense mutual respect. There are many things for me to learn from him on that fretboard – and he certainly is learning from me on the “running a band” thing. It’s something I’ve done non-stop since ‘05 – now he’s seeing it.”

Devon is excited about the Devon Allman Project + Duane Betts hitting the road and by the sound of it, plans to put on quite the show on his tour this summer. “Well at the end of the night, it’s an 8 piece band!” He laughs. “We call it guitarmageddon. But you’ve gotta have a vision for how a show should unfold. I’ve always taken a Shakespearean approach to that. You’ve gotta have a leader, and I’ve finally grown into that role. I have the respect of my men. They know I’ll nod to them for a guitar solo and if somebody’s got a hot hand, they’re gonna get a second nod.”