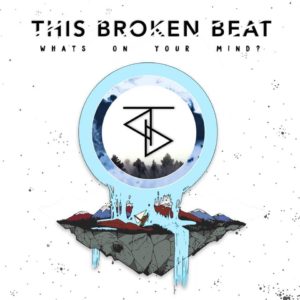 Denver pop band this broken beat has been rising to the top for the last year since releasing their first single, “Sweat And Blood,” in 2016. What’s On Your Mind, their first album, showcases radio-ready songs, including “Sweat And Blood,” with some interesting artistic choices scattered throughout the album. While it is a solid record, this broken beat is still figuring out what their sound is.

The whole album has a pop polish to it, slightly overproduced, but it’s not all that uniform, which leads to certain aspects standing out. “Sweat And Blood,” for instance, opens with an acoustic guitar bit, a very catchy chorus, and a middle section with a rap in it where lead singer Julio Perez really shows his diversity.

Bookending “Say The Words,” “I Heard You Lost Your Smile,” and “Sweat And Blood” are a pair of instrumental tracks. “First Light,” which leads “Say The Words,” wouldn’t be out of place on an EDM album, while “Somewhere I Get Lost” is a dark-sounding piano piece. That sounds like it would be a good lead-follow pairing, but “Dark Clouds” piano-based opening sounds rather upbeat in comparison to “Somewhere I Get Lost.”
Finally, there’s the song that stood out for me: “Given From Above,” which sounds rather Childish Gambino-like. It’s a rap song with a basic guitar-and-drum backing and a sung chorus. It’s a good song, possibly a summer hit kind of song, but it also demonstrates that this broken beat is still feeling out what kind of music they want to make. Technically and artistically, they’re solid; What’s On Your Mind is a good pop album rife with eclectic touches that give it more personality than most pop music albums. This reviewer isn’t opposed to artists coloring outside the lines, and for that, we respect what this broken beat has put out for their first album. We’re very curious what their next album will sound like.