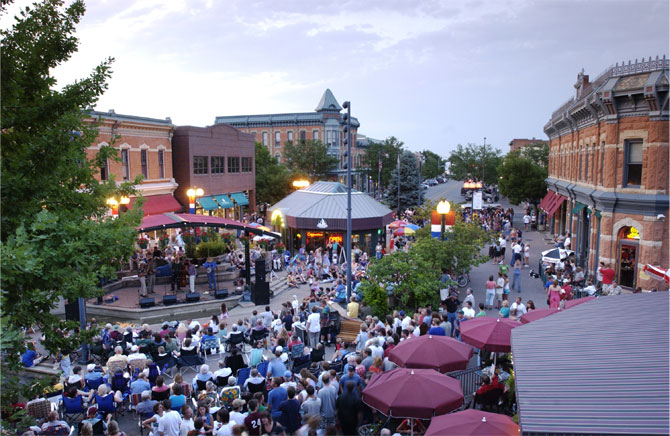 Fort Collins, Colorado is a collaborative, non-competitive, startup music city without a big ego. This is a city built for musicians by musicians. For over ten years, musicians laid the groundwork for the next golden era of “musicprenuers“ by constructing an ecosystem built on encouragement, support, and empowerment. This shifts the paradigm and disrupts the music industry systems of the past.

The foundation without ego

Ten years ago, some “small time” local bands needed a place to play in Fort Collins. The Venues wanted to attract big national touring acts, not book local bands. Fort Collins was not a town thriving on a local music scene, just yet. Greta Cornett, a member of one the few ska bands in Colorado, 12 cents for Marvin, was one of the Fort Collins musicians experiencing the ramifications of this. The musicians wanted more gigs, and they wanted them to be in their own backyard. Instead of moving away or playing on the street, they rallied together and converted a local bar, Road 34, into a performance venue.

The community of musicians flocked to play at Road. When they were not playing, they were supporting each other. As much as they needed to be on stage, they craved good live music. It was evident the level of talent in this town and the need for venue support. Tight relationships formed. The ties that fated them were the kindred desires to unify the musicianship of FoCo. Musicians sought to build awareness of the burgeoning music scene in their hometown. The newfound friends talked about how to support music in this town every Sunday, unofficially over beers. As much as it looked like just a “Sunday-Funday” inadvertently, they started a music revolution.

That is how Fort Collins Music Association (FoCoMA), a nonprofit musicians association, originated. They run and organize the local Festival FOCOMx every year and support ongoing efforts of local music being a part of the community. Since then, the scene has not stopped growing. A new wave of support is moving through the town.

The Music District is a hub of education, performance, and support for musicians and aficionados in Fort Collins. The MD is less than one-year-old but it is constantly evolving. The main goal is to take the relationships that all the staff makes out in the world with artist, musicians, and music business and to bring it back through programs and community. These are both educational and inspiring programs with a component of savoir-faire from seasoned, well-established, musicpreneurs, performing artist, and industry leaders open to the public and free.

In the summer, you can see live local and national music free almost every day of the week.

The Lagoon Concerts are every Wednesday at the Lagoon on the Colorado State University Campus. The line-up is all local bands.

Downtown Sessions every Friday featuring an all Colorado Lineup.

Sounds of summer every Saturday at Front Range Village.

Summer Sunday’s at Foothills mall every Sunday starting May 28.

There is inclusiveness and a startup mentality encompassed within “FoCo Music.” Musicians are bonding together to raise the bar on the industry. They are working to take a grassroots approach to music and build a new ecosystem that thrives and supports musicprenuership locally and globally.