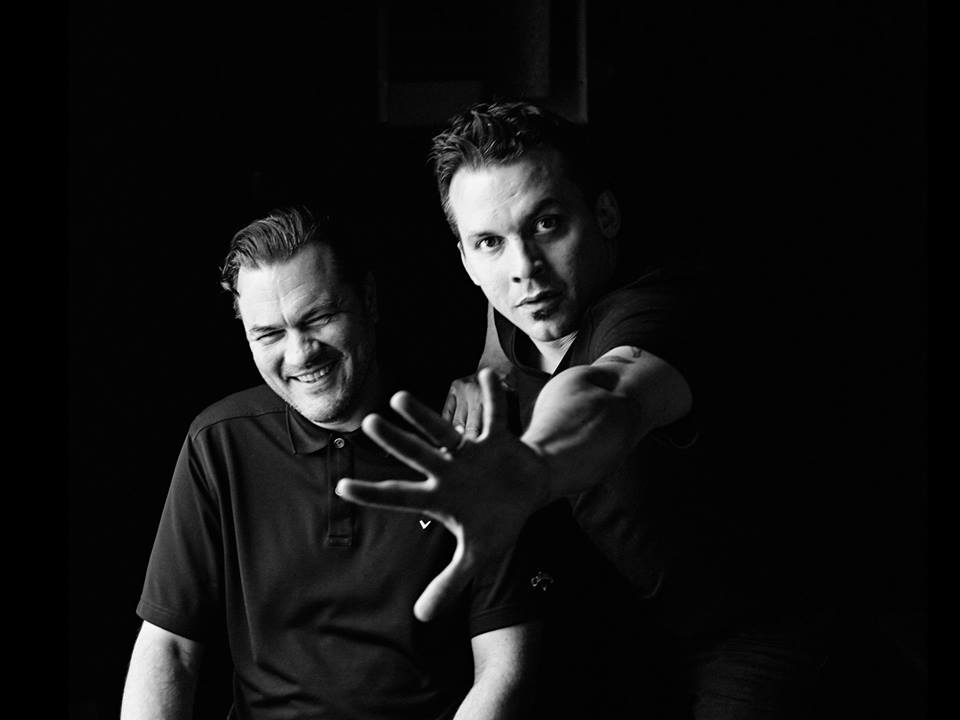 Roughly one year ago, Atmosphere released its most personal album to date – Fishing Blues. MC Sean “Slug” Daley rapped about fatherhood and marriage, or what he calls #DadRap, ad producer Anthony “Ant” Davis got a new creative burst after putting down the Budweiser and cigarettes. In particular, Daley appeared to present a new, more mature side and seemingly shed the once overbearing ego that was often so prevalent on older albums like 2002’s God Loves Ugly.

Throughout his catalog, he’s always described this type of duality within him, but evidently, he wasn’t quite sure how to actually quell his arrogance. But with Fishing Blues, it’s clear the family man has reached a level of peace he’s never had before.

When asked if he had ever come close to finally finding that part of him in the past, he admits there were a few occasions where he felt he was honing in on the end goal. In particular, albums like 2008’s When Life Gives You Lemons, You Paint That Shit Gold, 2011’s The Family Sign and 2014’s Southsiders inched closer to ditching the persona his fans had conjured up in their heads.

“I’m not going to say I nailed it, but it’s a work in progress– not just in my records, but in my life,” Daley said. “If you talk to my wife or other people around me, I hope it becomes visually obvious. I hope there’s a vibe where people can see I’m trying to spread my wings and be the person I’m meant to be, not just the prototype.”

As Atmosphere prepares to descend on the ARISE Festival in Loveland, the duo will likely bring along with it an arsenal of material from all 11 albums. Ant might just be smoking less and sipping on water instead of his former beverage of choice, something he’s managed to adjust to over the last several years.

“I’m just bored as shit now [laughs],” Davis joked. “There’s like a clarity to my thoughts and I’m in touch with my feelings a little bit more [laughs]. My drinking really just covered a bunch of shit up for so long. I didn’t realize I had drank almost every day for 10 years. You party pretty heavy on tour, but then when you start taking the tour home, that’s where I fucked up.”

Along with this newfound maturity, Daley’s writing has changes and certain topics he would have been comfortable writing about in the past are no longer food for fodder. But above all, at 44-years-old, becoming an “adult” has taught him that #DadRap is nothing to be ashamed of and he’s embracing it wholeheartedly. But don’t expect him to feel bad if people don’t like it. When he dropped the song “Kanye West” in 2016, he was quickly labeled as a sell-out, but he has a way of looking at it that actually makes him sound more like a teacher. The fact that he can simply be part if someone’s vast musical journey is mind-blowing to him.

“There’s a certain amount of revolt every kid has to have,” he said. “So every time a kid points at something and calls it a sell out that means they are one step closer to being an adult. You have to go out and call, let’s say 100 people, sellouts before you figure out what selling out really means. This isn’t the first time of being in the seat of being in the seat of being a sellout by underground kids, so in that regard I’m happy to be like that.

“I’m not saying that I’m happy to be a sellout, but I’m happy to be part of the road these kids have to take to finally get to more grounded and in the dirt,” he continued. “Really, it’s all about ego and getting an identity. When I was a kid, I was mad at certain things, and that was just me trying to find my own identity, my own ego and voice. When I called LL Cool J a sellout for walking with a panther, that had nothing to do with him or his record. I love that record now. I listen to that record now and he’s rapping his ass off on that record, but at the time, I was like, ‘Oh, he’s falling off, he’s a sellout and there’s four girl songs on here!’ Imagine the irony of me criticizing anyone having four girl songs on their record, by the way. Now in hindsight, I realize that had nothing to do with LL, it had to do with me finding my own identity. Whatever role I have to play in the path of some young person’s voice… someday they will remember me for that. Technically, when I become part of your identity, man, that outlasts art. That outlasts music. You don’t listen to the same music for the rest of your life, but the people that helped make you who you are, that lasts forever.”

With Daley’s confidence still intact and Davis more passionate about beatmaking than ever, the chemistry between the two longtime friends and creative partners has flourished for nearly three decades, and there’s a sense that won’t change anytime soon.

“He’s family,” Daley said. “I love him. I would give him an organ if he needed an organ. Over the years, we have actually naturally and unnaturally started to even look like each other. I don’t mean physically, I mean like who we are. There are experiences that he’s had that sometimes I have flashbacks of them as if they are mine. That’s how close we are now.”