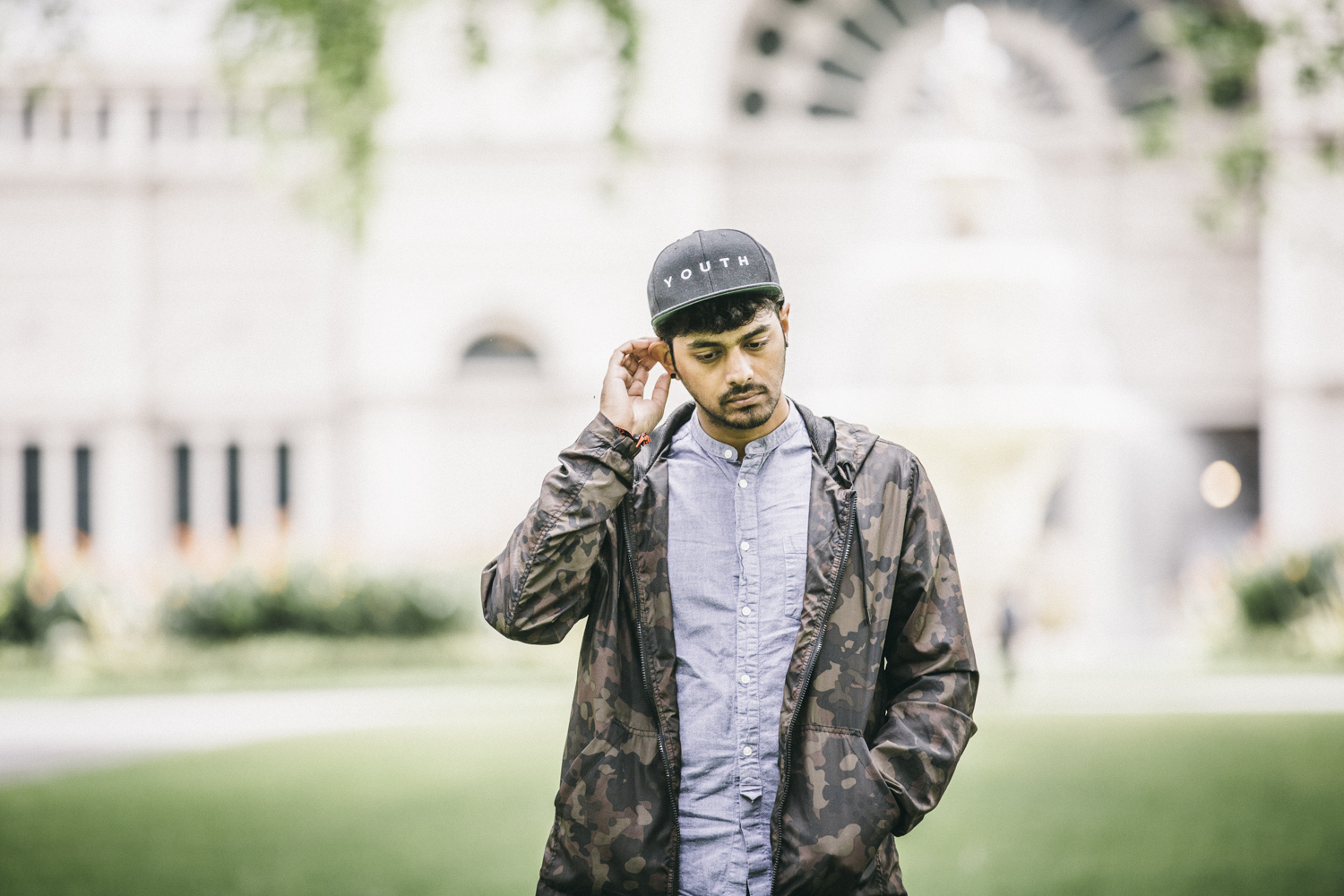 When Sajeeb Saha, A.K.A. Jai Wolf, made the move out of EDM he discovered a sound that finally fit the musician, and person, he was.

“When I was starting out, I was trying to do the style I have now but when you’re starting out everything sounds like shit. Then EDM got really popular and I was trying to make aggressive EDM type music for a while. But I felt like that wasn’t that satisfying for me creatively and it wasn’t something I wanted to do for the next ten years,” says Saha in our recent interview. Self-described as indie electronica, his massive debut “Indian Summer” is layered with big synth sweeps and chord progressions. Coupled with an infectious vocal sample and hip-hip hop drums, this song has garnered millions of plays on all the Internet music platforms. Now set to release his debut EP Kindred Spirits November 18, the momentum for him as an artist continues to move forward.

Before stepping into the life of a touring musician, Saha was a marketing and communications major at NYU. While he won’t be taking his resume into a marketing firm anytime soon, he credits his time there as helping him navigate the release of him music on the Internet. “I’ve been making music for eight years so I’ve sort of been paying attention to how the machine works on the Internet. I couldn’t say that wasn’t helpful.”

The big moment for Saha came in 2014 when he posted a remix of the Skillex song “Ease My Mind.” Skrillex then released the remix through his label, launching Saha’s career forward. Since the release of his single “Indian Summer”, Saha has toured relentlessly, gigging on and off for almost two years.

While Saha has grown accustomed to flying across the country every weekend for shows, he is struck by the duality of the life. For himself and many other musicians making their living like this, they often spend most of their time alone then suddenly they’re performing for venues full of people. For Saha, he says it’s easy to see how some of the bigger DJs who do residencies worldwide can get burnt out.

“I don’t drink a lot and I don’t take drugs when I perform so the high I get from performance is very natural. I enjoy it and I love it but it’s crazy the before and after. You’re alone in a hotel room, you’re ordering room service and watching Netflix, then the next hour you’re in front of thousands of people. Then it ends and you go back to your hotel room,” says Saha.

Despite all the craziness that comes with being a rising electronic artist in today’s music culture, he sees all the early flights and alone time in hotels as being a part of the job he signed up for. He knew what it would take to make a living doing what he loves. For Saha, he says the trick to keeping it from getting to him is coming home to a place he can truly relax.

Moving forward, Saha is looking forward to his extensive fall tour to support his new EP Kindred Spirits and where it will all take him once that’s done. He plans to take a break from touring at some point to write his first full-length record then hit it all again. “There’s no going back,” Saha says with a laugh.