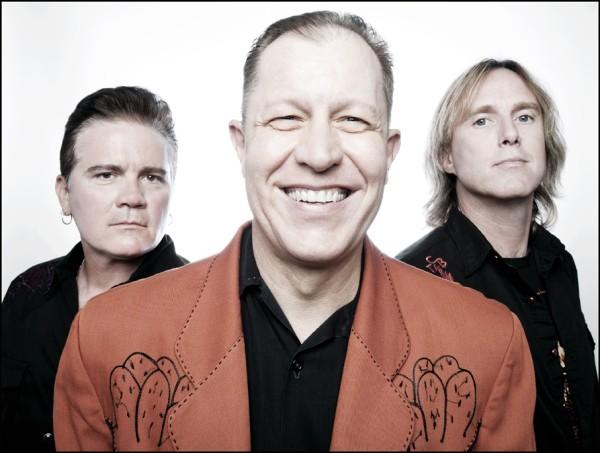 People basically worship Jim Heath as if he’s the Jesus Christ of unconventional rock-n-roll. Better known by his stage name, Reverend Horton Heat, the Texas native helped usher in a whole new genre of music in the mid-‘80s, which is often referred to as “psychobilly.” Upon further exploration, however, it’s a term Heath isn’t exactly comfortable with, but has grown to accept over time.

“I have to explain my music quite a bit because where I live not a lot of people are up to speed on Reverend Horton Heat,” Heath says. “I say we’re a rock-n-roll band that is especially influenced by ‘50s-style music, especially rockabilly. That kind of gets the fact in there that maybe we’ll have a little surf guitar in there or maybe country or a little blues, or maybe even punk rock. Now we’re so fast and up-tempo that many people think we’re just a punk rock band. The kids are moshing. That’s all I know.”

Before he was known as the “Reverend,” Heath was playing in high school cover bands in his hometown of Corpus Christi, Texas. He had grown up surrounded by music all his life and fell in love with good ol’ fashioned rock-n-roll.

“I remember trying to play Johnny Cash when I was like 10-years-old,” he says. “I was exposed to stuff like CCR, Johnny Cash and Carl Perkins really young, but I just kept gravitating towards heavy rock-n-roll. In the midst of all that, I discovered the blues. When I started listening to blues around 12 or 13-years-old, I started playing music, practicing a lot and being interested in being bands.”

After moving to Austin in 1977 to attend the University of Texas, Heath was captivated by the punk music scene. He left in the spring to pursue a career in music. At one point, while visiting home, he ran into his old college roommate David Livingston who took him to see The Cramps in Dallas. That night, Heath said he had “an epiphany.”

“My epiphany was that since The Cramps were a punk band using rockabilly, I could be rockabilly using punk,” he explains. “I realized that the still somewhat new punk movement harkened back to the real rock-n-roll of the ‘50s and early-‘60s.”

Rather than go after the “rock-n-roll lifestyle,” he did the opposite. Heath had recently become a young father and he decided he needed to have a “real job.” By 1985, he was known as the “Jim the Sound Guy.” This didn’t last long. Soon after, the Reverend Horton Heat was born. Almost thirty years later, a lot has changed, but all for the better.

“We’re more successful now so we can take a bus, which makes it a lot more comfortable,” he explains. “Back in the van days, it was very, very difficult. We would do crazy stuff. We’d do a show, finish the show at 3 a.m. and head out driving. At some point, we might stop at a hotel and rest for a little bit then we get up and start driving to the next gig. All that driving in the van was hard on us physically. For me, it’s way easier now.”

Signed to Victory Records for his 11th studio album, Heath has jumped around a lot during the course of his career. Initially signed to Sub Pop in 1990, he’s had stints with Interscope, Yep Roc, Time Bomb, and Artemis. At the time, Sub Pop made the most sense.

“It was a really good move for us,” he says. “When we signed with them, it was the real beginning of the grunge thing so when they were talking to us about signing us, Nirvana was still playing the same venues we were. At that point in time, it all made sense. In all honesty, I’m not a person that really goes, ‘I want to go be on a label with that band.’ What are you going to do? Go hang out with them? Have Thanksgiving with them just because we’re on the same label? It really makes no sense. My thing is that I just need a really good machine that’s there that will promote my music. Other bands on the label, hmm, no. What am I going to do? Go call Kurt Cobain and say, ‘hey dude, we’re label mates?’ I don’t really understand what all that is.”

While Heath has never been the type to go “diva” on anyone, he knows what he’s contributed to the music world and it’s a place he’s happy to stay. His last album, 2014’s REV (Victory Records), is proof he’s not going anywhere…yet.

“This is basically all I do,” he says. “I’ve been doing the music thing prior to doing Reverend Horton Heat for a long time. If I feel like if I can keep getting better then I’ll keep going. I love doing it. It’s a dream career. I try to remember that this is what I wanted and this is what I’m doing so don’t take it for granted.”

Reverend Horton Heat with The Bell Rays and The Lords of Altamont, December 19, at the Aggie Theatre, 204 S. College St., 8 p.m. Tickets are $20/ADV and $25/DOS. Visit www.aggietheatre.com for more information.