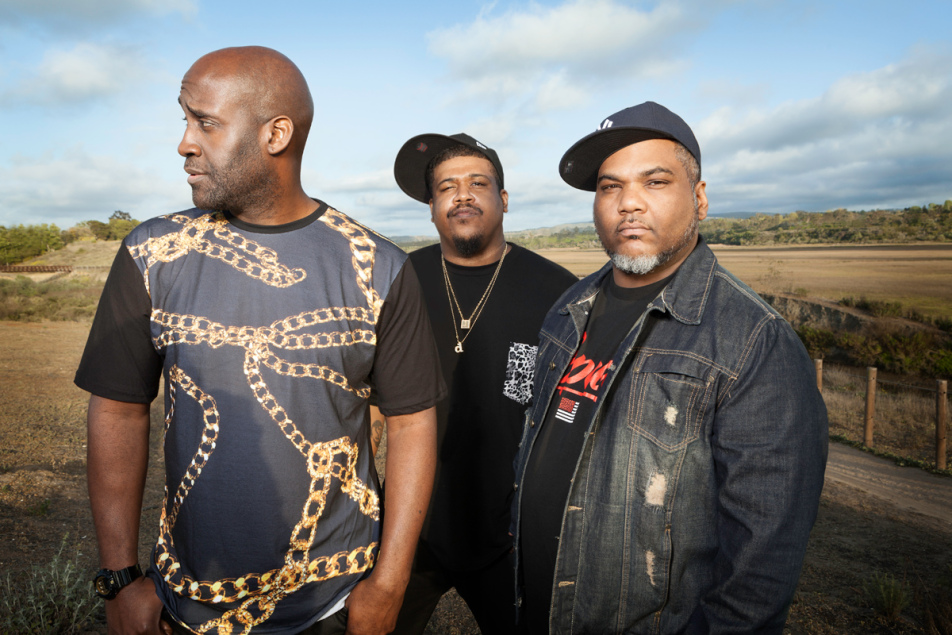 As a kid, Kelvin Mercer (Posdnuos) would overhear his older brothers talking about cassettes featuring rhyming on them. Unbeknownst to him, he was hearing the emerging culture of hip-hop; artists like Cold Crush Brothers, Fantastic Romantic 5 and Afrika Bambaataa. This was the ‘80s, when hip-hop was new and exciting, especially to young, curious kids.

“My older brothers would be talking to my cousin about it,” Posdnuous recalls. “I was young, but even then we had a strong connection to the Bronx because of a lot of our family was still living there. For me, that was the first thing I remember. I always wanted to be around my father listening to his Motown, too. When Sugarhill Gang came into play, I was already aware of Grandmaster Flash and Furious 5 because of my brothers.”

In 1987, as a high school student in Long Island, New York, he formed De La Soul with Vincent Mason (Maseo) and Dave Jolicoeur (Trugoy the Dove). Music, after all, was the common thread that tied the trio together.

“Hip-hop was a major part of what I went through growing up,” Maseo says. “I grew up around the block parties and seeing a significant part of DJ and emcee culture. It became a bit more dynamic when I moved to Long Island, when I became a part of suburban culture. Long Island was a bit more multicultural. Black, white and Hispanics lived amongst each other as opposed to across town. In Long Island, there was a mix of everything as one community.”

Another Long Island native, Paul Huston (Prince Paul) was already making a name for himself. At just 17-years-old, he had joined Stetsasonic and started getting singles on the radio. Eventually, he paired up with Mase, Pos and Dave, and magic was made.

“You know how people say, ‘Like-souls find each other and gravitate towards each other?’ That’s how it was with us,” Prince Paul says. “As cool as the world may see them, initially they were just some nerdy kids [laughs]. Maybe Mase wasn’t as nerdy, he was a little more street than they were, but when it came to Pos and Dave, they seemed like little nerdy kids, but it’s not like I’m the coolest person either, but I was the first kid that had released something commercially. It played on the radio. To the kids in my neighborhood, they were like, ‘Wow he made it’ [laughs].”

In 1988, De La Soul stepped into the studio to start recording their seminal album, 3 Feet High and Rising. As 18, 19 and 20-year-old kids, they felt playful, eager and ambitious. Coupled with being clueless in a professional setting, they felt comfortable under Prince Paul’s wing. There wasn’t any pressure to perform a certain way, not even from Tommy Boy, their label. The album managed to push the boundaries of what hip-hop was at the time. Samples from groups like Hall & Oats, Steely Dan, Johnny Cash and The Turtles were scattered across the 24-track album. Eventually, their dream of being on the radio finally came true—on the infamous Red Alert show no less.

“When Red Alert played my record, I felt like I really made it among a hip-hop community I grew up respecting,” Maseo says. “I was alive in their eyes now. They realized how significant we could be to the culture. Having an opportunity to spend so much time at Red Alert’s house and play records, stuff like that was amazing. We were all content with Plug Tunin’, but we never thought we’d even make a whole album. Getting the local love felt great.”

After 1991’s De La Soul Is Dead, 1993’s Buhloone Mindstate and 1996’s Stakes Is High, the group started to fall apart, with Prince Paul already taking a backseat. In 2001, however, De La Soul resurfaced and released the second album in the trilogy, AOI: Bionix,  although the third album in the AOI series never came to fruition. The Grind Date followed in 2004 and 2012 saw the release of First Serve. Between those two albums, De La Soul was featured on the Gorillaz track “Feel Good, Inc.” in 2005, which ironically would earn the group its first Grammy Award for Best Pop Vocal Collaboration. Again, this was further evidence of De La Soul’s seemingly limitless versatility, which is part of what makes De La Soul a permanent and extremely relevant part of hip-hop culture. De La Soul has finally announced its return, with a new album (titled And the Anonymous Nobody), sizable tour and lots of promo. Turns out, De La Soul isn’t dead.

“I truly attribute the longevity to our commitment as friends regardless of the disagreements at times, as well as our common goal to be a group in the tradition of hip-hop based on what we’ve learned from the beginning when we were just fans of the culture,” Maseo concludes. “The reinvention of each album became a purpose due to the fact that we’ve learned how a label can taint the image of your music and message for sales. The reinventing became a significant part of the longevity.”