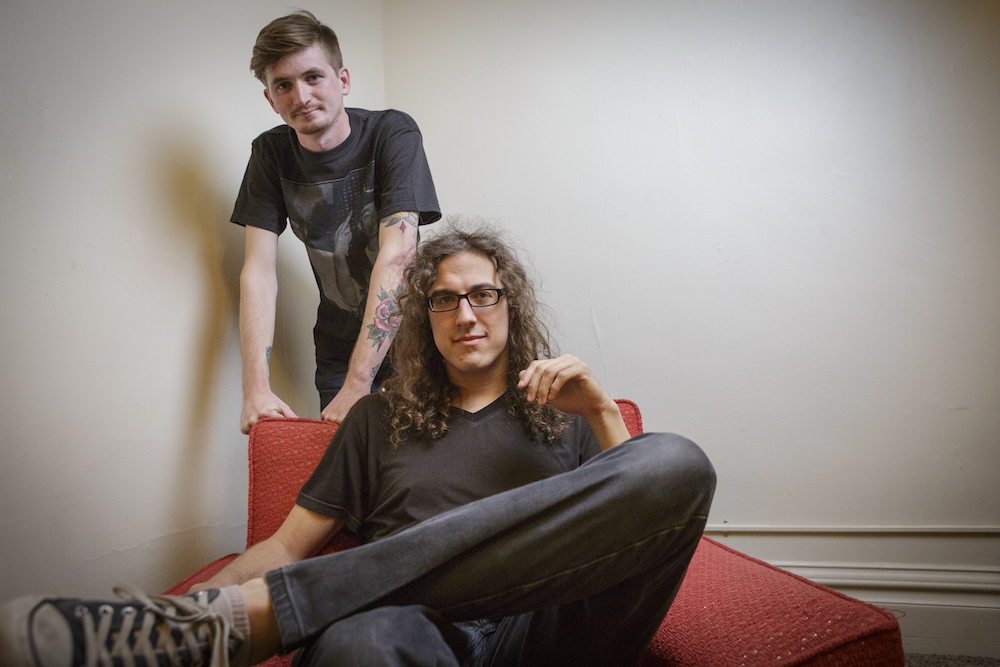 “Music for me has always been this thing that is transcendent of all the other BS in life. It’s something that grounds me and makes me belong and makes me feel like I’m safe. I want other people to know that feeling,” says Michael Olivier, guitarist and lead singer Michael of Disguise the Silence.

Olivier has made a name for himself in the northern Colorado scene as the producer of local talent. Now taking on his own project, It Felt Like Drowning is without a doubt his most ambitious and well-executed project to date.

To the average listener Disguise the Silence is hard rock but to the people who spend a lot of time listening to the stuff it is post hardcore. Post hardcore sits somewhere below metal and above butt rock (which are your Nickelbacks and Creeds of the world) on the “heaviness” scale. Post hardcore brings with it more melody than the screaming of metal but still carries the emotional weight the artist is trying to get across. And there is plenty of emotion to convey on It Felt Like Drowning.

Written primarily by Olivier and guitarist Zach Sheppard, It Felt Like Drowning is a train wreck of feelings. The palpable emotional energy, the pain that bleeds from every note, the anguish of the tortured soul, they all boil out on this album. All the tricks are there, and with a pair of headphones those looking for it will find plenty of ear candy. This is easily one of the most well produced local albums of 2015.

The album did not come easy for Disguise the Silence. Fraught by a series of personal and scheduling problems, what was supposed to be a quick project stretched out over two years.

“It was such a drawn out, emotional and personal experience, and I think the songs reflect that. Releasing it is a big sign of personal closure,” says Olivier.

After wrapping up recording, drummer Dan Granger let the band know he was moving to Portland, Oregon. This ended up resulting in a falling out between Olivier and Granger.

“I love the guy and I miss him a lot. That’s something I’m realizing a lot about my life, I’ve had a lot of changes in relationships with the people I’m around and it’s been really tumultuous. I don’t want to play games with people anymore. I don’t know how to start repairing things but I want to.”

The future of the band sits in a vexing place. With Granger gone and a rotating cast of bass players, rebuilding the core of the outfit has proven difficult. There has been some talk of rebranding but with the anticipated success of It Felt Like Drowning the potential of a new life being breathed into the band is there. One thing is for certain though It Felt Like Drowning is an incredibly solid release. As long as Olivier and Sheppard keep writing and recording material, I believe they will find their audience and their musicians.