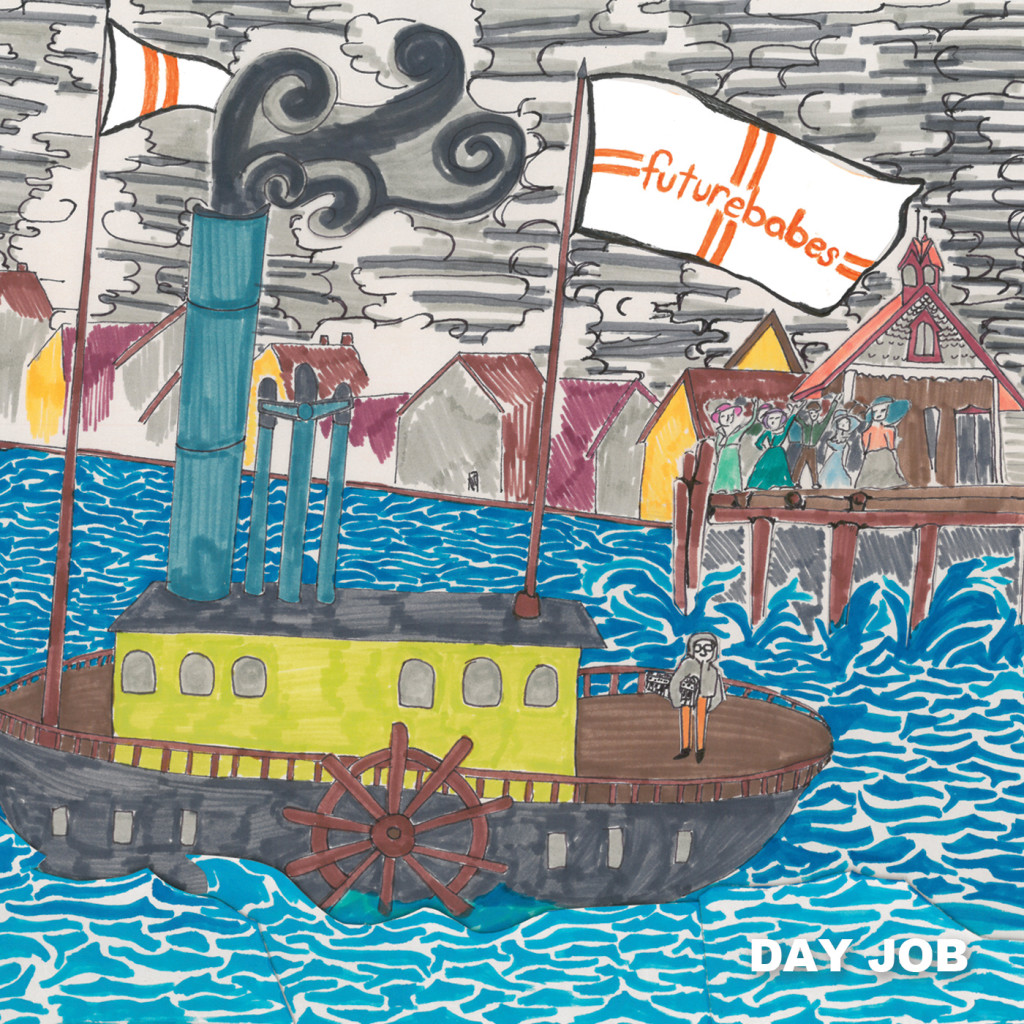 Day Job is the long overdue debut EP from Greeley’s own synth pop band, futurebabes. The brainchild, Jedidiah Murphy, of futurebabes formed the band in 2012. The band could be seen performing around northern Colorado and Denver as a solo act or a trio consisting of guitarist Felix Hernandez and bassist Mikey Unruh respectively.

Day Job is a nostalgic nod to the days when drum machines and synthesizers ruled the land. The opening track, “Hearts for Now” grabs your attention, kicking off the EP with a beefy arpeggiated synth and an insistent, thumping drum beat. Live members Hernandez and Unruh are also featured on the EP adding texture to an already lush array of spacey synthesizers. The following two tracks “Eleanor” and “Knights of Summer” are the real standout tracks on the EP, with a more upbeat and pop feel to them. “Knights of Summer” is easily the best track on the EP with Murphy’s crooning 80’s-esque baritone vocals and big, sweeping synth pads helping to create a lush texture reminiscent of summer days hanging out half-stoned.

Following “Knights of Summer” the EP begins to taper to a close with a track entitled “More Specific” that takes more of a darker turn calling to mind similar retrowave artists such as Kavinsky or Le Cassette and images of feathered hair and shoulder padded leather jackets. Day Job closes with the title track of the same name, leaving you in a dreamy haze wondering if it was real, or the nostalgic flashback of a soccer mom hearing Depeche Mode in her minivan as she waits for her kids to get out of soccer practice.